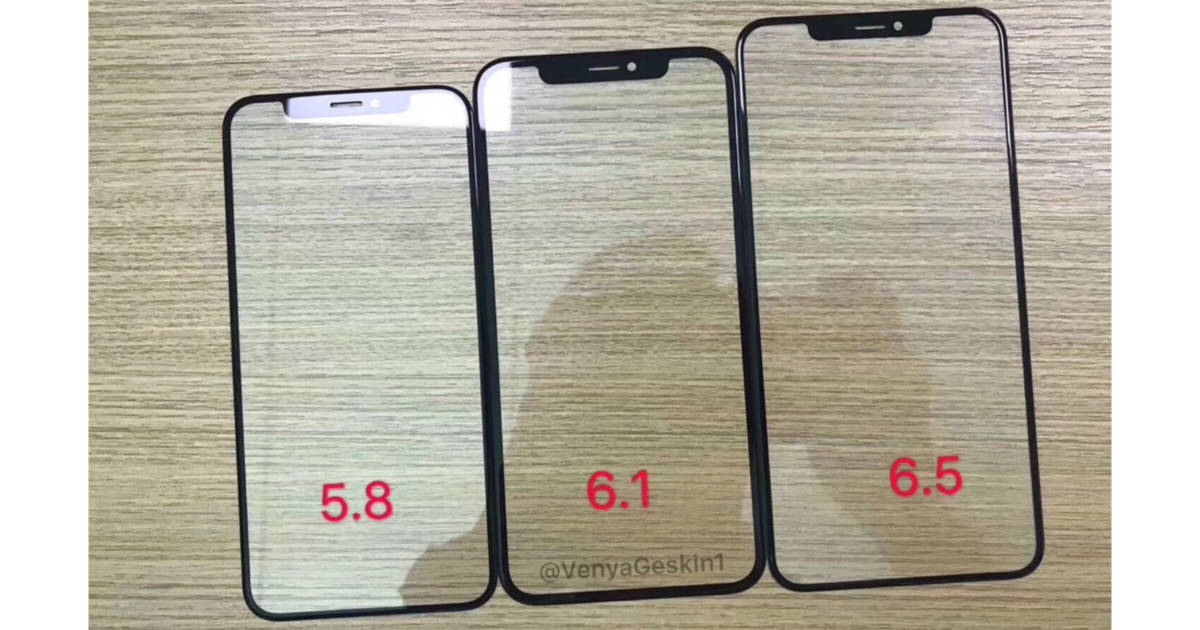 Apple will reportedly introduce 5.8-inch, 6.1-inch, and 6.5-inch display iPhone models this fall, but you won’t be able to get all three at launch. Morgan Stanley analyst Katy Huberty says the rollout is coming in September, but the 6.1-inch model won’t be available until October. Barron’s quoted from her investor note:

We currently see no delay in the ramp of Apple’s upcoming flagship 5.8″ or 6.5″ OLED iPhones. However suspected issues with LED backlight leakage have caused a 1 month delay in mass production of the 6.1″ LCD iPhone, although this is down from a 6-week delay baked into the original production forecast, according to suppliers.

That’s raising concerns about overall iPhone sales, which sounds a lot like fears investors had last year when the iPhone 8 and 8 Plus launched at a different time than the iPhone X. That turned out to be a non-issue for sales, and odds are that’s how sales will play out this fall, too.

Check It Out: 6.1-inch iPhone Not Coming Until October