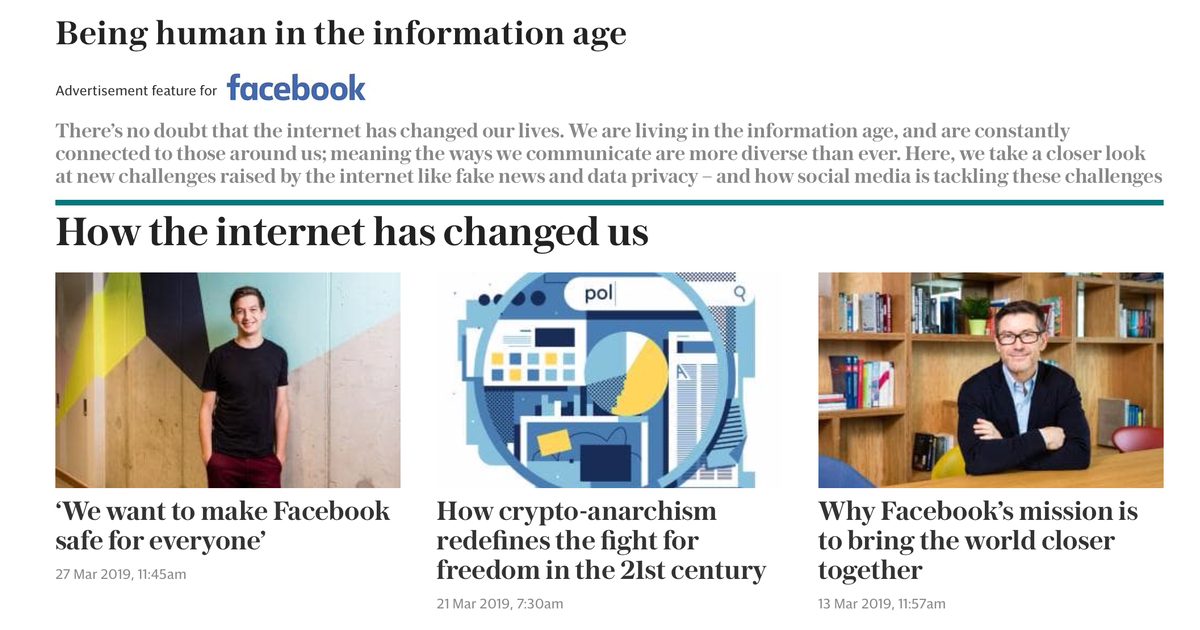 As part of its drive for better publicity, Facebook has been running a series of articles with British broadsheet newspaper The Daily Telegraph. The partnership was reported by Business Insider as something of an exposé. In fact, it looks to be a fairly standard, and clearly marked, sponsored content campaign. However, what struck me as interesting is how seriously Facebook is taking improving its PR. More conventional adverts have appeared in Britain too. After months of bad publicity, it is taking action to get its message across and try and reassure users.

The series — called “Being human in the information age” — has published 26 stories over the last month, to run in print and online, and is produced by Telegraph Spark, the newspaper’s sponsored content unit. “Fake news, cyberbullying, artificial intelligence — it seems like life in the internet age can be a scary place,” the articles say. “That’s why Telegraph Spark and Facebook have teamed up to show how Facebook and other social media platforms are harnessing the power of the internet to protect your personal data.”