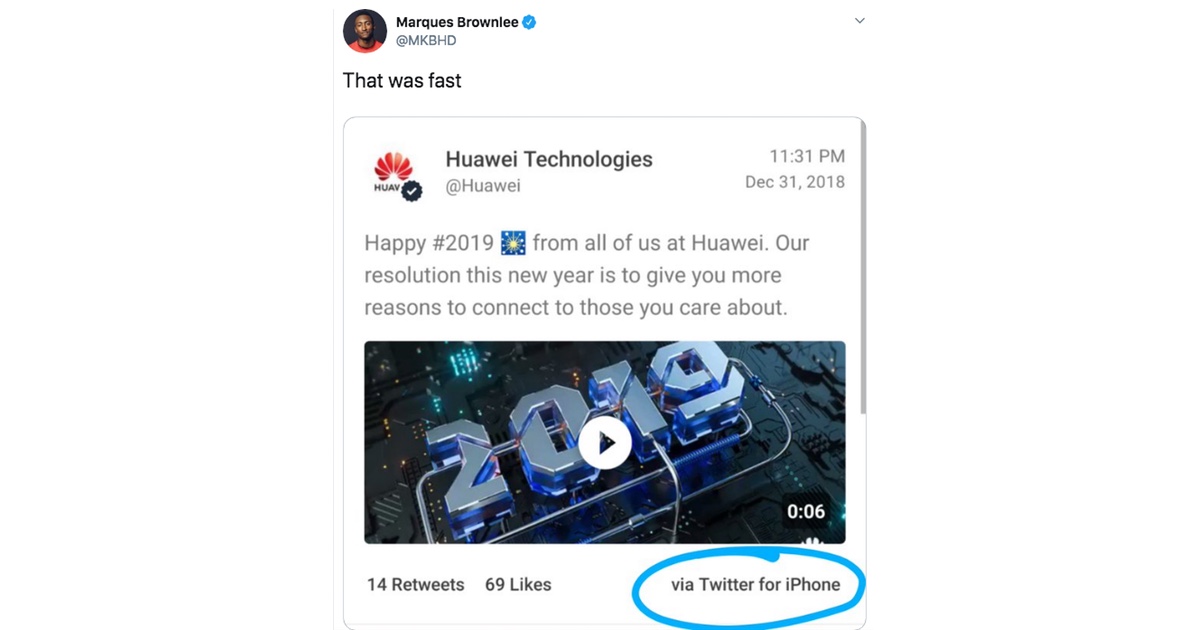 In the past, Huawei ambassadors such as Wonder Woman star Gal Gadot raised some eyebrows by tweeting their love of the Chinese firm’s phones via an iPhone. Now, the company’s own PR department has done the same, tweeting a “happy new year” message from an iPhone. All rather embarrassing, particularly, as AppleInsider noted, in the context of an apparent boycott of Apple products from Chinese firms following the arrest of Huawei’s Chief Financial Officer Meng Wanzhou at the request of the U.S.

Despite an international incident involving the arrest of Huawei’s CFO Meng Wanzhou on fraud charges related to violating U.S. trade sanctions against Iran, and the supposed Asian iPhone boycott announced by Nikkei, the Chinese phone maker’s public relations group continued to use iPhones in the promotion of its brand, as noted by MKBHD video blogger Marques Brownlee