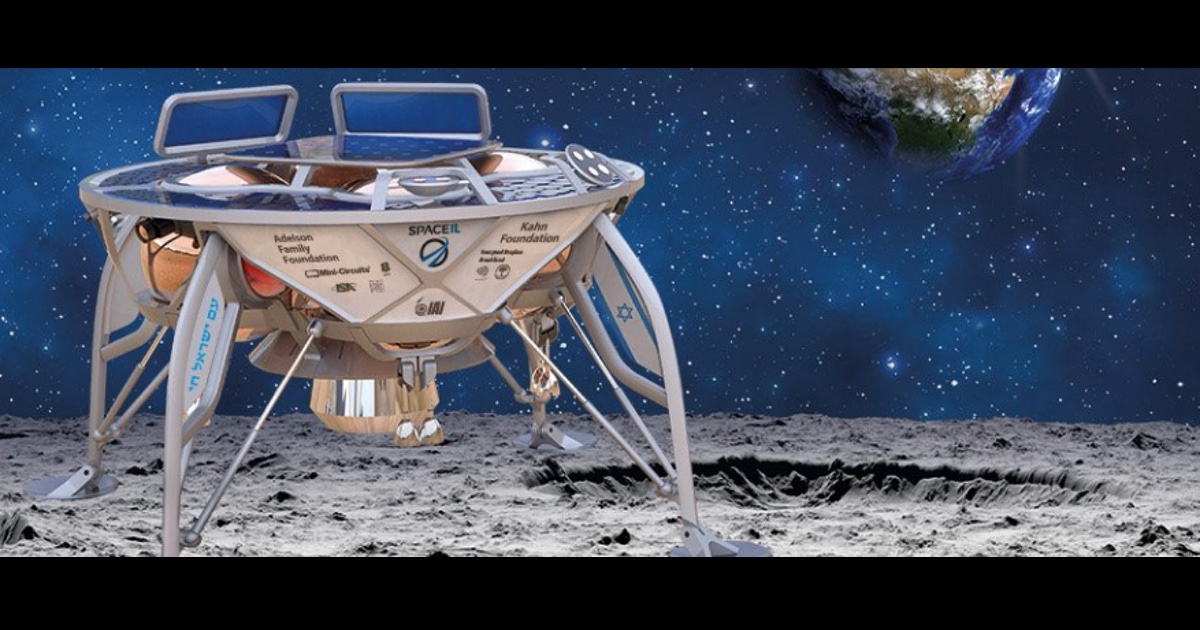 Israel is preparing to launch its first mission to the moon. The privately funded Beresheet robot will launch from Cape Canaveral on a SpaceX Falcon 9 rocket.  The aim is that the rocket will land and then hop across the moon’s surface, remaining operating for around 2 days, according to a BBC News report.

The 1.5m-high, 585kg Beresheet will begin its mission with a ride to Earth orbit on a SpaceX Falcon 9 rocket from Cape Canaveral in Florida. Once ejected from this vehicle, the robot will then use its British-built engine to propel itself to the Moon. The journey will take over two months to complete. SpaceIL, the non-profit behind the project, hopes Beresheet (“In the beginning” in Hebrew) will prove an inspiration to all those who follow its progress.

Check It Out: Israel Launching First Mission to the Moon