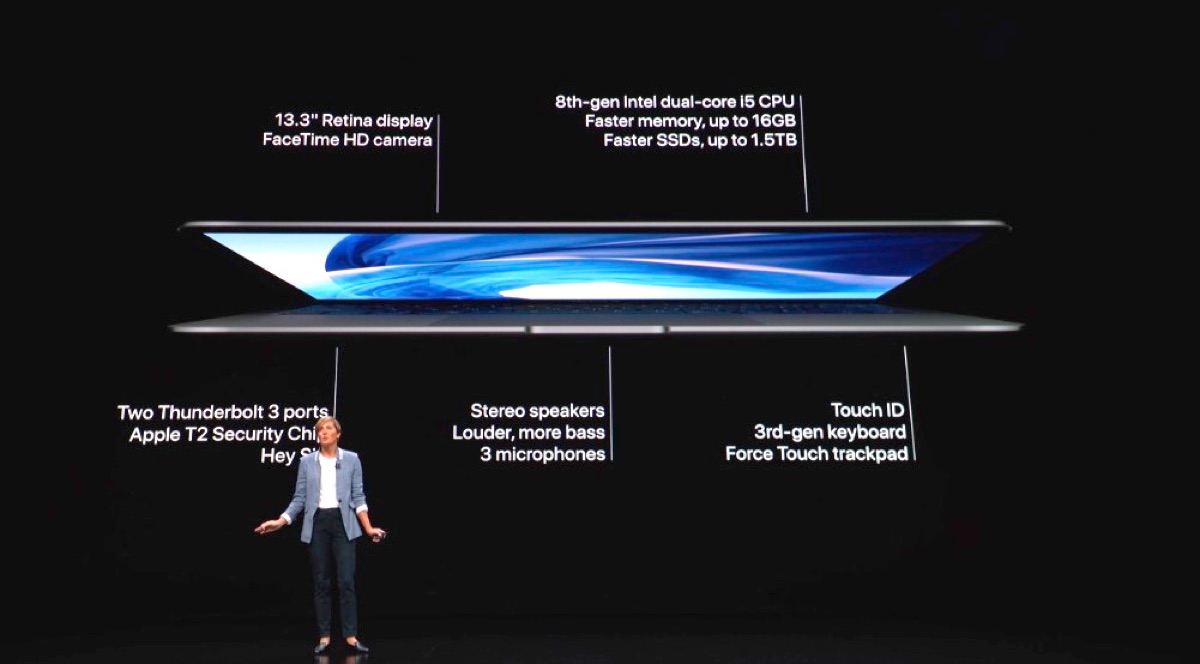 The new, more powerful, MacBook Airs and iPad Pros launched at Apple’s “There’s More in the Making” event in Brooklyn on Tuesday gave users a compelling choice – could these be our main machines instead of something we just throw in a backpack?  Vlad Savov outlines the argument well over at The Verge:

In crafting its most compelling iPad and MacBook Air to date, Apple also created a major headache for people like me. I’m a member of that classic Intel ultrabook demographic whose computing needs are light but constant. You won’t catch me doing 3D modeling or 4K video production on my laptop, but I do a litany of small tasks online, in a word processor, or in Adobe’s Lightroom. I’ve been using a MacBook Pro for two years that does most of what I want, but it really doesn’t last long enough. Now, Apple is offering me the much better battery life I need with the high-quality display I desire, but it’s fragmented the choice. Both the new MacBook Air and new iPad Pro could be the ideal computer for me.

A not dissimilar conversation was on TMO Daily Observations in the wake of the event.

Check It Out: MacBook Air vs. iPad Pro Is a Choice Between the Past and the Future

One thought on “MacBook Air vs. iPad Pro Is a Choice Between the Past and the Future”