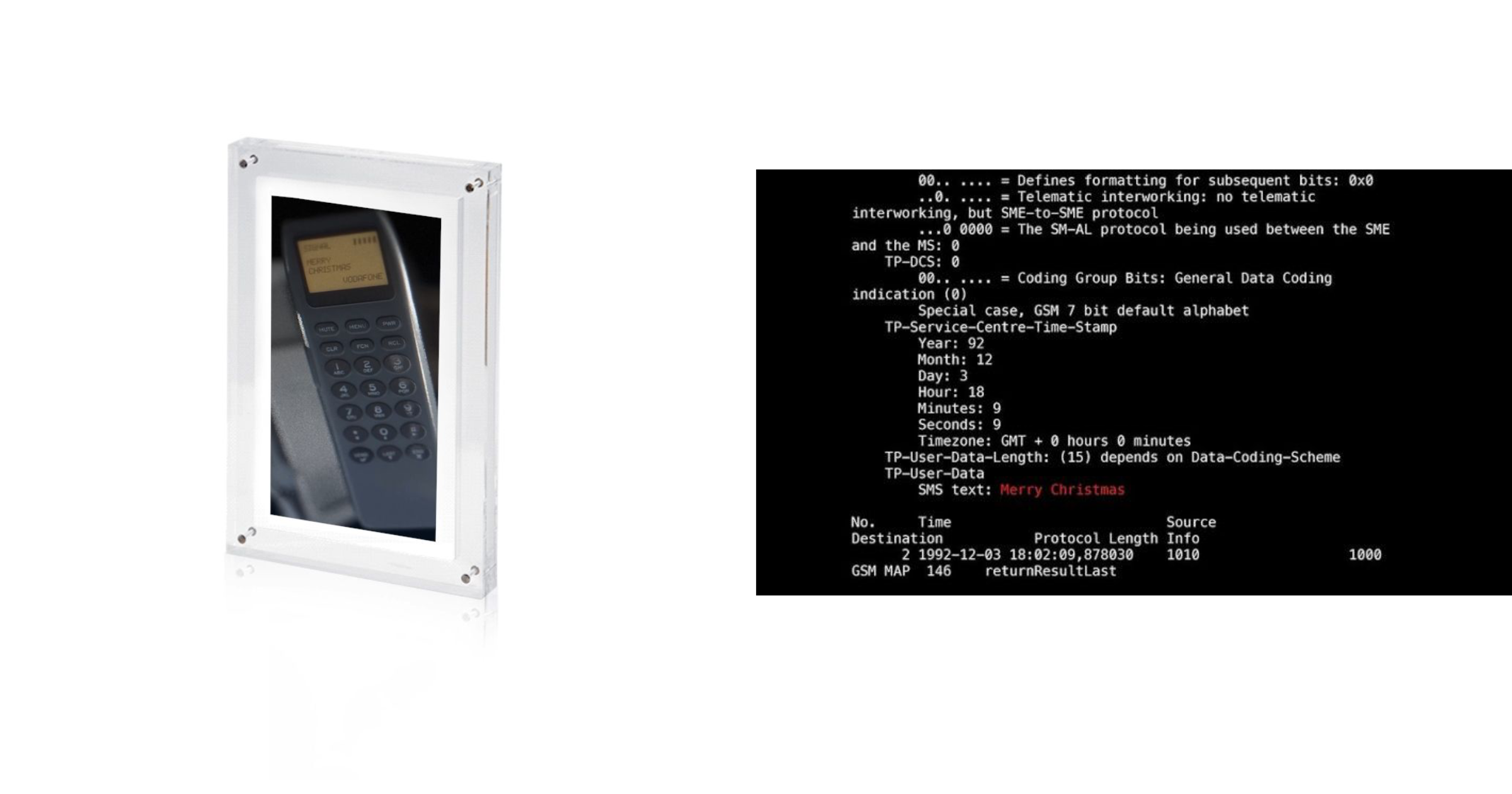 Vodafone engineer Neil Papworth sent the SMS from his computer to a manager in the United Kingdom, who received it on his 2-kg (4 lb) “Orbitel” telephone – similar to a desk phone but cordless and with a handle. “They were in the middle of end-of-year events so he sent him the message ‘Merry Christmas’,” said Maximilien Aguttes, head of development for the Aguttes Auction House…The selling of intangible goods is not legal in France and so the auction house has packaged the text message in a digital frame, displaying the code and communication protocol, Aguttes said.