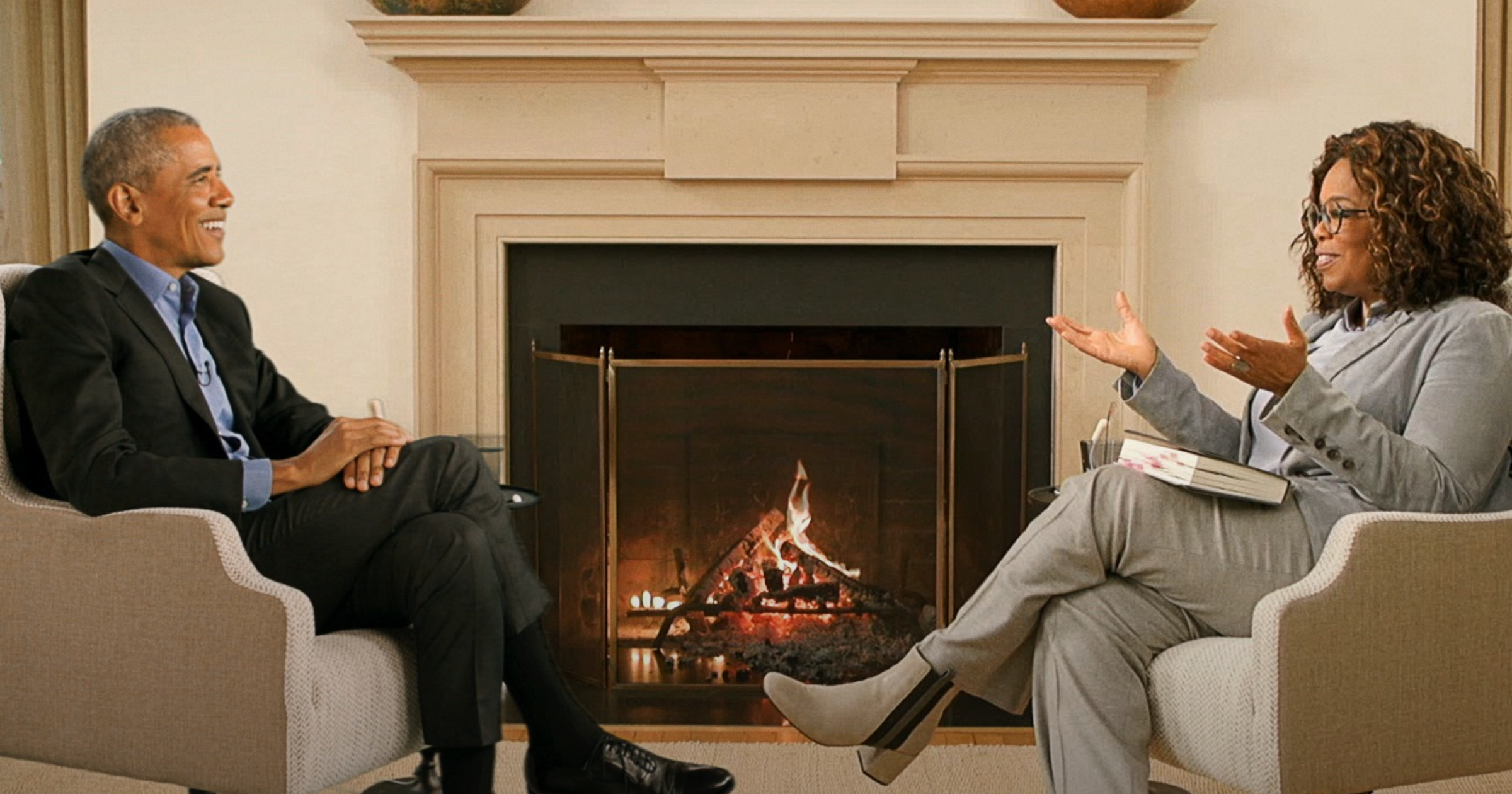 In the latest The Oprah Conversation episode, in which Oprah Winfrey interviews President Barack Obama,  the two appear in the ‘same’ room. In fact, they were on two different coasts of the U.S. The team at Harpo Productions explained to Oprah Magazine how it all worked.

To ensure a sense of total seamlessness, the two rooms’ identical furniture was arranged with “extremely precise” measurements. The production teams in D.C. and Santa Barbara used the same cameras, lenses, lighting, and audio equipment, to avoid discrepancies. To incorporate the green screen technology, the 44th president was instructed not to wear any green or white garments, and steer clear of shiny shoes, according to the production team. Further, he couldn’t drink water from a clear glass, as it would “disappear” before the green screen, making it look like he was sipping water out of nothing. Oprah and Obama sipped from matching tea mugs. Finally, once the spaces were arranged, Obama and Oprah really did meet in a shared room—a hybrid of real and virtual.

Check It Out: How Oprah Could Interview President Barack Obama in The ‘Same’ Room