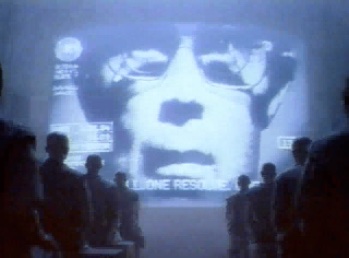 As ever the morning after the Super Bowl, there is as much chatter about the adverts as there is about the football. Aside from the Game of Thrones/Bud Light tie-up, the ad spots during Super Bowl LIII were as uninspiring as large parts of the low-scoring match. Time to reflect then on the most iconic Super Bowl commercial of all time then – Apple’s 1984 clip. Business Insider posted the original storyboard and ideas behind the commercial.

Before the ad was even filmed, Apple’s ad agency needed buy-in from Apple co-founder Steve Jobs and then-CEO John Sculley. The tech executives were shown a storyboard, or a series of pictures that describe what the ad would look like when it was actually filmed. The ad men were nervous – especially when Jay Chiat, an executive at Apple’s ad agency, was tearing up every idea before they were finished. But it turns out that Jobs loved the idea when they showed it to him.”

Check It Out: The Original Storyboard for Apple’s 1984 Super Bowl Commercial