On Christmas Day Apple customers spent a total of US$193 million in the App Store, and Tinder was the top app.

A report from Sensor Tower shows that the App Store and Google Play spending reached a total of US$277 million on Christmas. The App Store accounted for 77% of the total at US$193 million, while Google Play accounted for US$84 million. As usual, games was the category that saw the most revenue at 76% across both platforms. 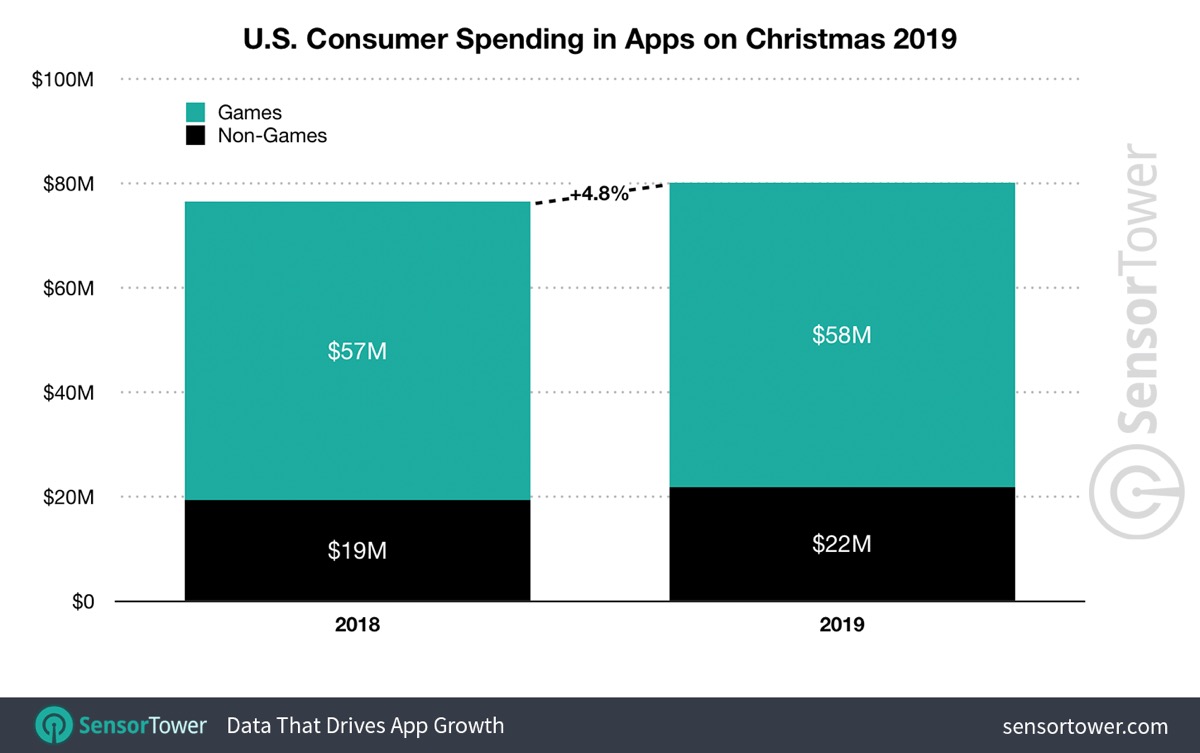 Customers in the U.S. spend 4.8% more on apps on Christmas 2019 than they did on Christmas 2018. Globally, people spent a total of US$5.1 billion across both platforms in the month of December. This is an increase of 8% from December 2018.