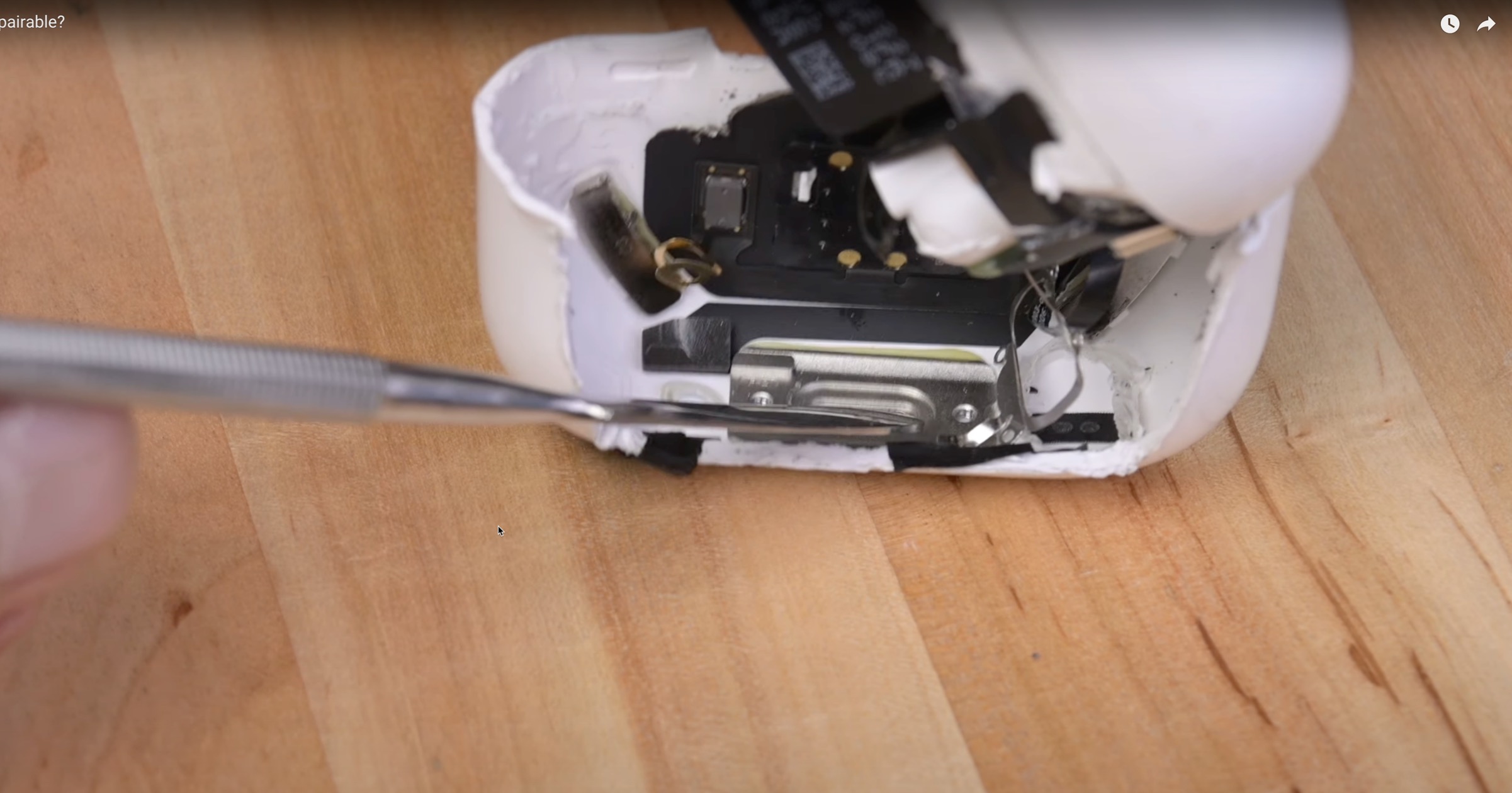 Whenever Apple launches a new product, we look forward to seeing it taken apart. The AirPods Pro 2 was no exception, but we got a bonus even before the teardown videos came out. Thanks to a CT scan, we got a look inside the AirPods Pro 2 charging case that suggested there may be more to the new lanyard holster than originally thought. The metal eyelet appeared to be connected to the Lightning port.

Lumafield, a company founded to help diagnose problems with assemblies and identify hidden cracks, was quick to put its CT scanner to work on the AirPods Pro 2. Previously, the company had scanned the original AirPods Pro and wanted to compare the internals of the second generation.

It found a basic layout very similar to the first-generation AirPods Pro case. Two batteries surround the main logic board, and magnets keep the lid closed and the earbuds in place. The second-generation case adds four magnets for MagSafe or an Apple Watch charger, but there’s more.

The metal eyelet on the side of the case was no surprise. What was surprising, though, was how the eyelet was constructed. A hidden tail actually connects the eyelet to the Lightning port.

When iFixIt published its teardown of the new AirPods Pro 2 charging case, the findings of the CT scan were confirmed. There is, in fact, a connection between the metal eyelet for the lanyard holster and the Lightning port. The teardown professionals didn’t offer any other details, though.

So, what exactly is this metal connection for? Some have suggested it may be an antenna to support improved tracking using Find My. The first generation AirPods Pro case lacked its own U1 chip, meaning owners could only locate the case in Find My if at least one AirPod was in the case.

Thanks to the addition of the U1 chip in the charging case, you can now locate a missing AirPods Pro 2 case even when neither of the earbuds is inside it. The case also now includes its own built-in speaker, to help even more when it goes missing.

Using that metal eyelet as an antenna for the U1 chip makes quite a bit of sense. Radio signals can pass through the plastic of the case, but not nearly as strongly as you might hope for. The metal can act as a conduit to allow a stronger signal, improving the range at which your iPhone can detect the U1 chip’s transmissions.

We’ve reached out to Apple for comment on the finding, but have yet to hear back from the iPhone maker.