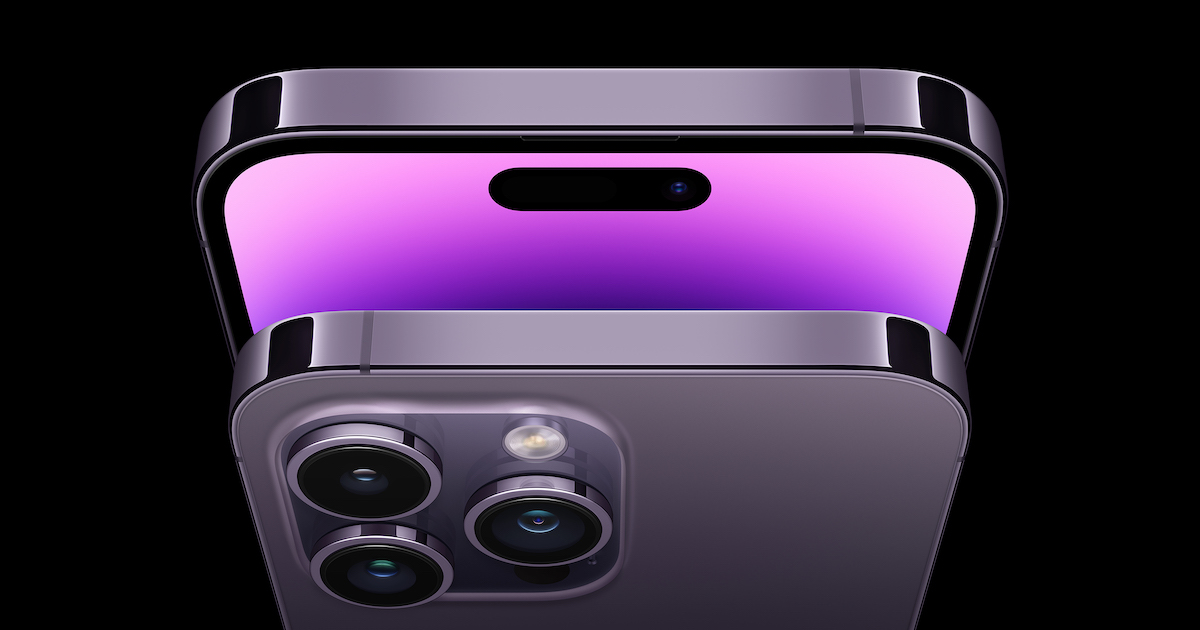 While Apple hasn’t made dramatic improvements to the iPhone 14 Pro lineup, it’s still the Cupertino-based tech giant’s best-performing handset yet. The side bezels are slightly slimmer, and the new Super Retina XDR display offers outdoor peak brightness up to 2,000 nits, the most of any smartphone and twice as bright as the iPhone 13 Pro. The new iPhone 14 Pro and iPhone 14 Pro Max also include an always-on display, with the refresh rate dropping as low as 1Hz when your device is idle.

Apple is including its new A16 Bionic chip inside the device, with a 6-core CPU that’s up to 40% faster than the competition.  The 5-core GPU has 50% more memory bandwidth for graphics-intensive games and apps.

With the A16, the iPhone 14 Pro family is the company’s fastest iPhone yet. Graphics performance is much faster, and the 16-core Neural Engine can perform nearly 17 trillion operations per second.

Memory-wise, the family is widely believed to come with 6GB of RAM, the same as found in the base iPhone 14 and iPhone 14 Plus models. However, the Pro family should feature faster LPDDR 5 RAM as opposed to the LPDDR4 X memory used in the base models.

Don’t expect your existing iPhone 13 Pro cases to fit the new model. Apple increased the size of the camera bump, accommodating larger sensors to improve picture quality. Couple that with the slight difference in the side bezels, and you’ve got a formula requiring new cases.

In the U.S., Apple has removed the physical SIM tray. Citing how much more convenient and secure eSIM technology is, and how many more carriers now support the feature, Apple decided it was time to go purely digital for the SIM.

A Great Camera Made Even Better

Perhaps the most significant improvement with the iPhone 14 Pro lineup is in the camera technology. Apple has introduced a 48MP Main camera with a quad-pixel sensor. This bundles four pixels together when you only need 12MP pictures, and offers much better low-light capture and color richness. The handset can even shoot pictures in ProRAW at up to 48MP. This marks the first time Apple has increased the pixel count for the iPhone’s Main camera since the 6S. 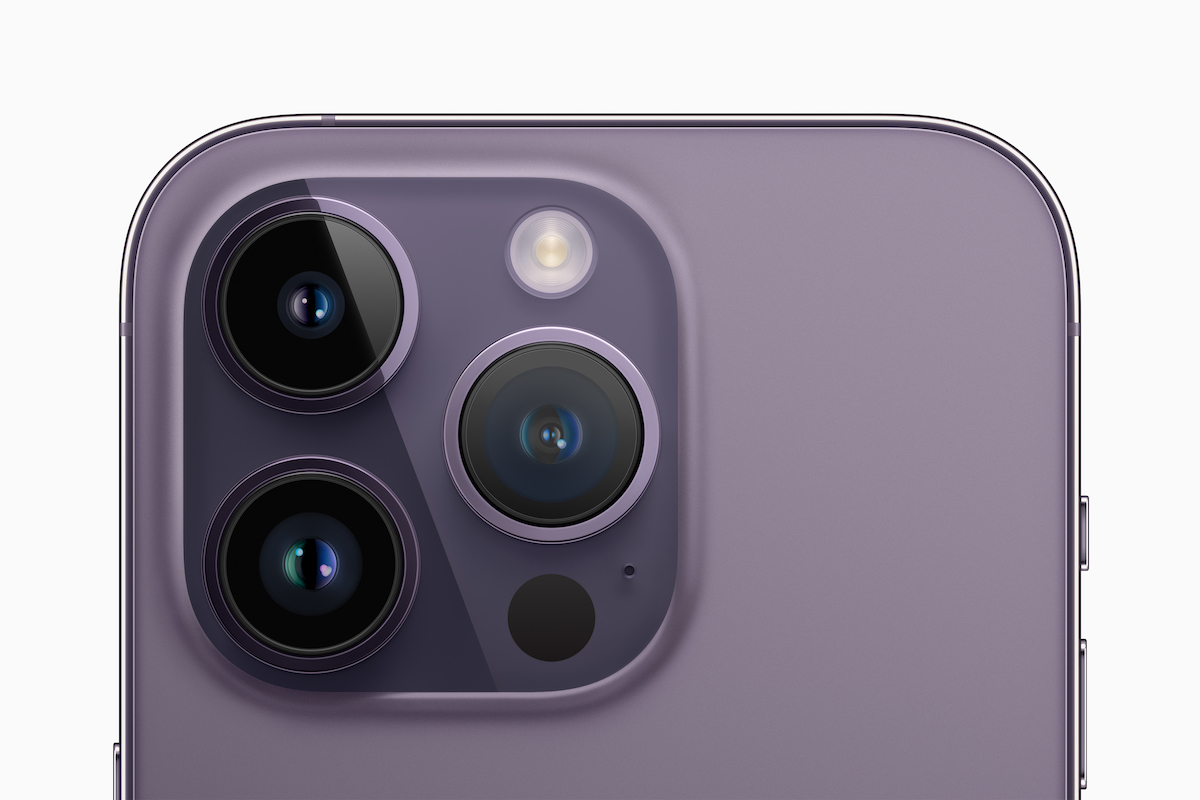 On the 12MP Ultra Wide camera, Apple has increased the pixel size to 1.4 micrometers. This allows for sharper images with more detail. The already-powerful macro photography features on the iPhone just got even better.

Like the base models, the front camera is greatly improved on the iPhone 14 Pro and iPhone 14 Pro Max. It offers a wider f/1.9 aperture along with autofocus capabilities. The wider aperture lets more light in through the lens, giving you sharper, crisper photos and improved depth of field.

In terms of video recording, we didn’t get the 8K ProRes option we’d hoped for. However, Cinematic mode is now available in 4K at both 30 fps and 24 fps. Apple has also added a new Action mode that allows for smooth-looking video that adjusts to shakes, motions and vibrations even without a gimbal.

Adding to the iPhone 14’s Usefulness in Saving Lives

In a pair of new safety-related features, the entire iPhone 14 lineup includes Crash Detection and Emergency SOS via Satellite. With Crash Detection, iPhone 14 can detect G-force and barometric pressure changes that indicate you may have been involved in an automotive collision and automatically call for help.

For those times when an emergency hits you while you’re beyond cell coverage, the Emergency SOS via Satellite feature can help connect you with first responders or rescue teams for assistance.

For the iPhone 14 Pro lineup, Apple has finally done away with the dreaded notch, even if not entirely. Instead, the display uses a pill and hole-punch cutout arrangement to house the front camera and Face ID sensors. While this isn’t the improvement many of us wanted, it does carry some benefit. Apple is calling it the Dynamic Island. 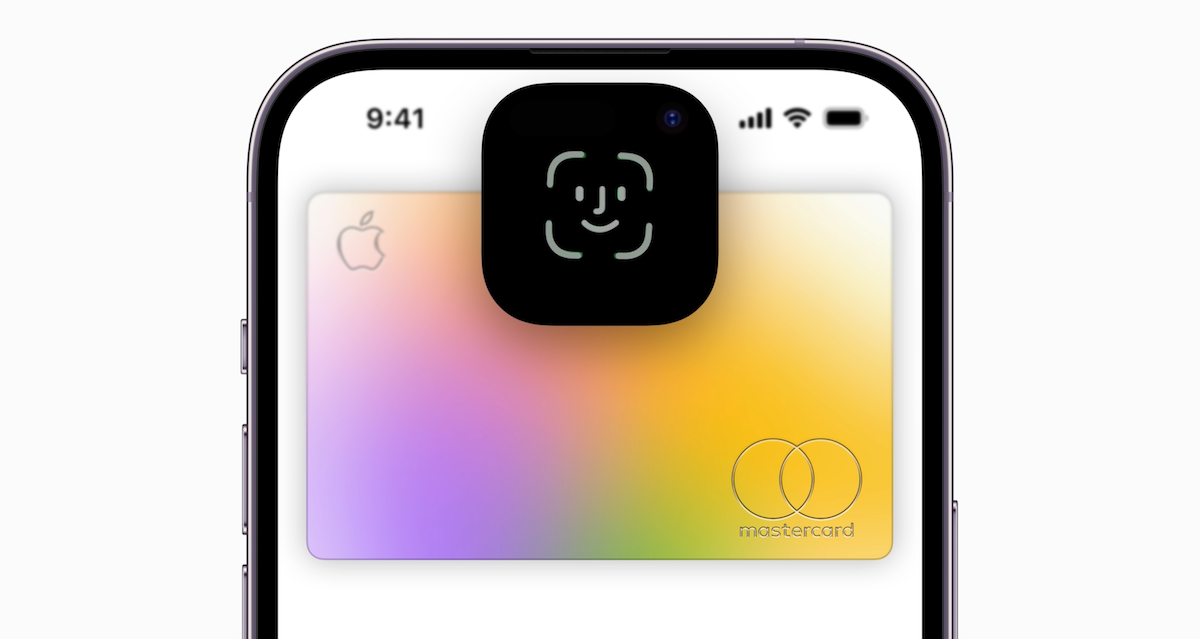 Apple is bridging the gap between the pill and hole-punch cutouts within iOS 16, deactivating the pixels so it appears like one break in the screen real estate. That space isn’t just dead space, though; iOS 16 now uses it to display various alerts and notifications. It also maintains an active state, allowing you to control background apps like Maps, Music, a timer or even third-party apps without changing from what you’re working on. 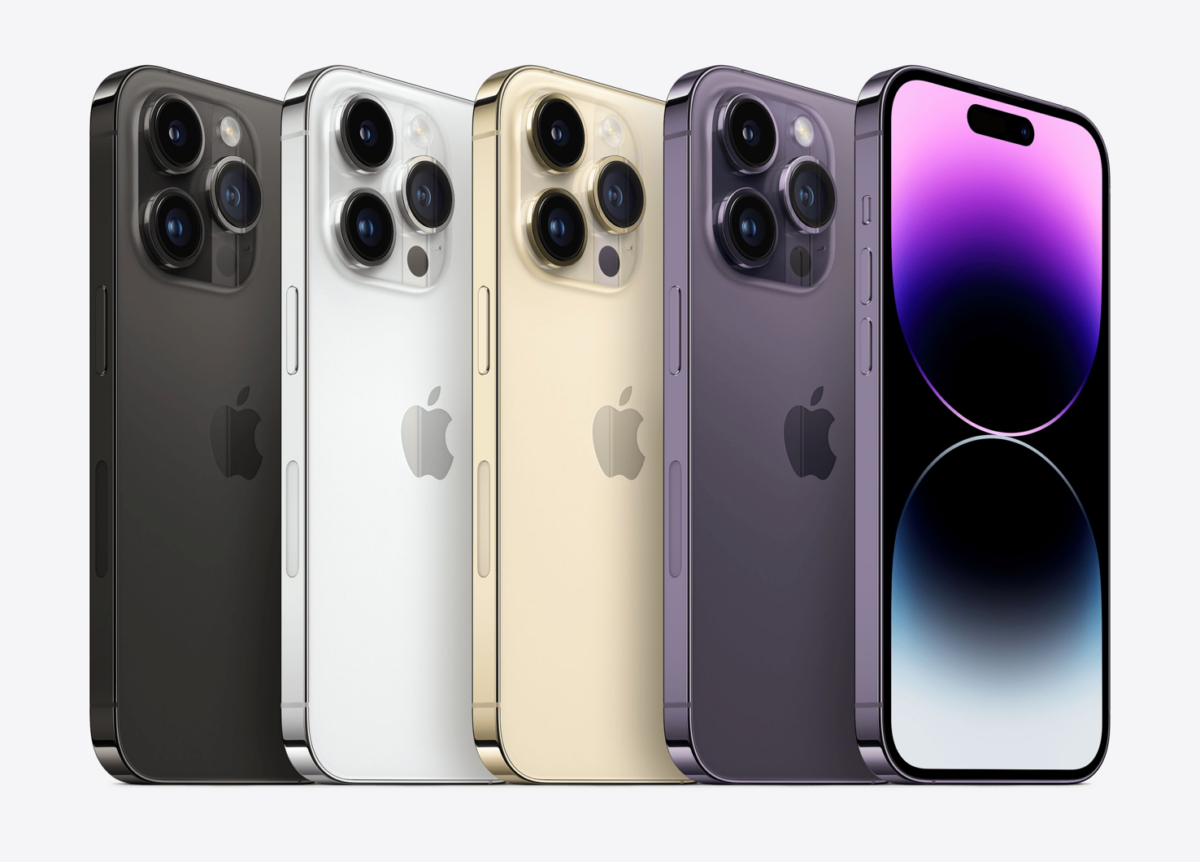 Preorders for the flagship smartphones launch at 5 a.m. Pacific on Friday, Sept. 9 for customers in Australia, Canada, China, France, Germany, India, Italy, Japan, Saudi Arabia, Singapore, Spain, Thailand, the UAE, the U.K., the U.S. and 30 other countries and regions. Consumers will start receiving their new iPhones a week later, on Sept. 16. That same day, Apple’s retail locations will have limited stock for in-person shopping.

For customers in Malaysia, Turkey and 20 other countries and regions, iPhone 14 Pro and iPhone 14 Pro Max will be available beginning Sept. 23.