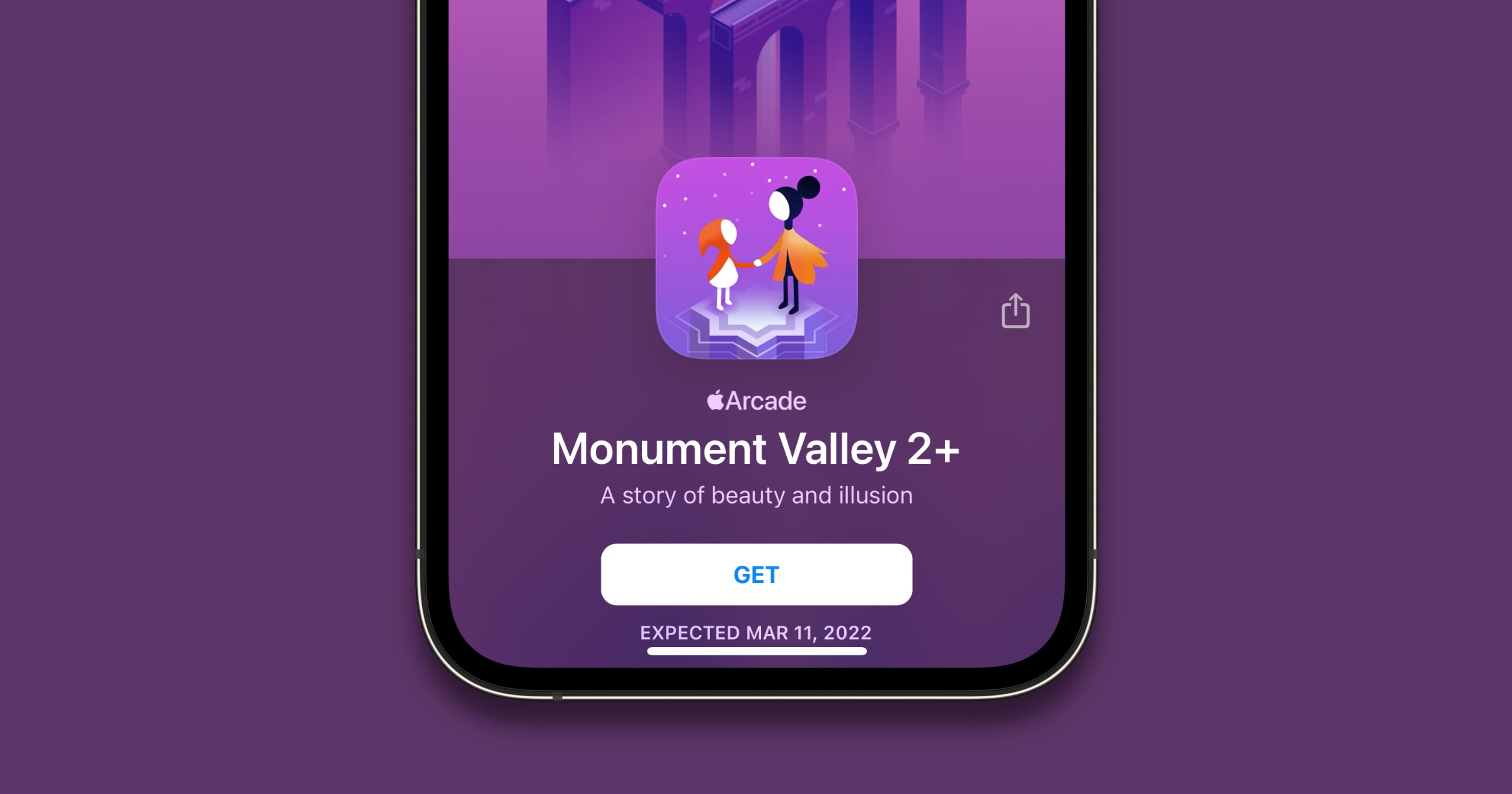 Apple sent an email to customers detailing the Apple Arcade games that will launch in March 2022. The gaming service has over 200 games so far. Apple Arcade is $4.99 per month and you can find the Arcade tab in the App Store app.

Game availability across devices varies based on hardware and software compatibility. Some content may not be available in all areas.

Alto’s Adventure: The Spirit of the Mountain

Slide, grind, and flip—but most of all admire the jaw-dropping view—as you swoosh down the never-ending slopes of Alto’s Adventure: The Spirit of the Mountain. As serene as ever, this Apple Arcade version of the critically acclaimed snowboarding game adds new character Pitu and 25 challenging goals—plus the ability to play on Apple TV and Mac. Expected on March 25.

You’re the key to every puzzle’s solution in Monument Valley 2+. In this stellar sequel to the award-winning Monument Valley, help a mother and child navigate a world of impossible architecture, shifting platforms and following staircases until you reach each level’s summit. Monument Valley 2+ also includes a new chapter, “The Lost Forest,” which was introduced in 2021 as part of the game industry’s Playing for the Planet’s Green Game Jam. Expected on March 11.

Unleash your inner ninja in the stylish Shadow Blade+, a speedy side-scroller that juggles tense stealth, intense fights, and deadly traps. Be quick too—the faster you finish a level, the higher your score. Now available to play.