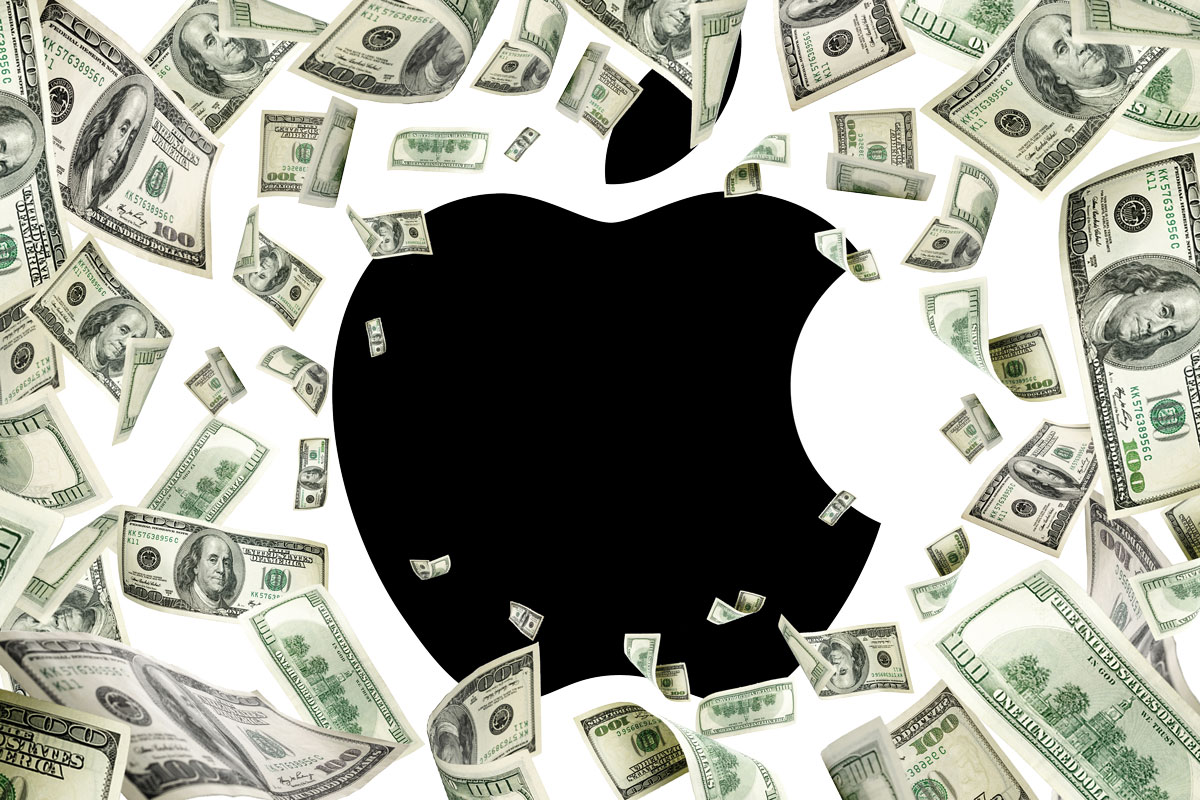 Apple reported record March quarter revenues and earnings on Wednesday, records that also qualify as non-holiday quarter records. Not bad for what has historically been the slowest quarter of the year for the company. All told, Apple reported revenues of US$89.6 billion—an increase of 54% year-over-year—and earnings of $23.6 billion, which up 110% year-over-year. that translates into earnings-per-share (EPS) of $1.40. Wall Street had been expecting EPS of $0.99 with revenues of just $77.1 billion.

Apple also raised its quarterly dividend for shareholders to $0.22, an increase of 7%, and said it was dumping another $90 billion into its share repurchase program.

Shares of $AAPL ended the regular trading session down at $133.58 per share, a loss of $0.81 (-0.60%), with heavy volume of 106.1 million shares trading hands. For context, roughly more than $14.1 billion dollars exchanged hands just related to Apple’s stock. It boggles the mind.

The after-hours market was slightly more enthused about $AAPL, with the stock rising to $136.86 per share, up $3.28 (+2.46%). It remains to be seen how the regular trading session on Thursday will greet today’s news, but so far the financial press is giving Apple’s earnings positive coverage.

“This quarter reflects both the enduring ways our products have helped our users meet this moment in their own lives, as well as the optimism consumers seem to feel about better days ahead for all of us,” Apple CEO Tim Cook said in a statement. “Apple is in a period of sweeping innovation across our product lineup, and we’re keeping focus on how we can help our teams and the communities where we work emerge from this pandemic into a better world. That certainly begins with products like the all-new iMac and iPad Pro, but it extends to efforts like the 8 gigawatts of new clean energy we’ll help bring onto the grid and our $430 billion investment in the United States over the next 5 years.”

Apple CFO Luca Maestri added, “We are proud of our March quarter performance, which included revenue records in each of our geographic segments and strong double-digit growth in each of our product categories, driving our installed base of active devices to an all-time high. These results allowed us to generate operating cash flow of $24 billion and return nearly $23 billion to shareholders during the quarter. We are confident in our future and continue to make significant investments to support our long-term plans and enrich our customers’ lives.”

Other numbers include iPhone revenues of $47.9 billion, which on its own is not far off from last year’s entire March revenues. It’s also up from $29 billion in the year-ago quarter. Wall Street was expecting $41.4 billion in iPhone revenues.

Apple turned in $7.8 billion in wearables incoming, up from $6.3 billion year-over-year and above the $7.4 billion expected by analysts. Services jumped to $16.9 billion, up from $13.3 billion, and above the $15.5 billion Wall Street was expecting.

To summarize, Apple sold a lot of things and services and made a huge fortune from doing so. Or, just another day in Cupertino.