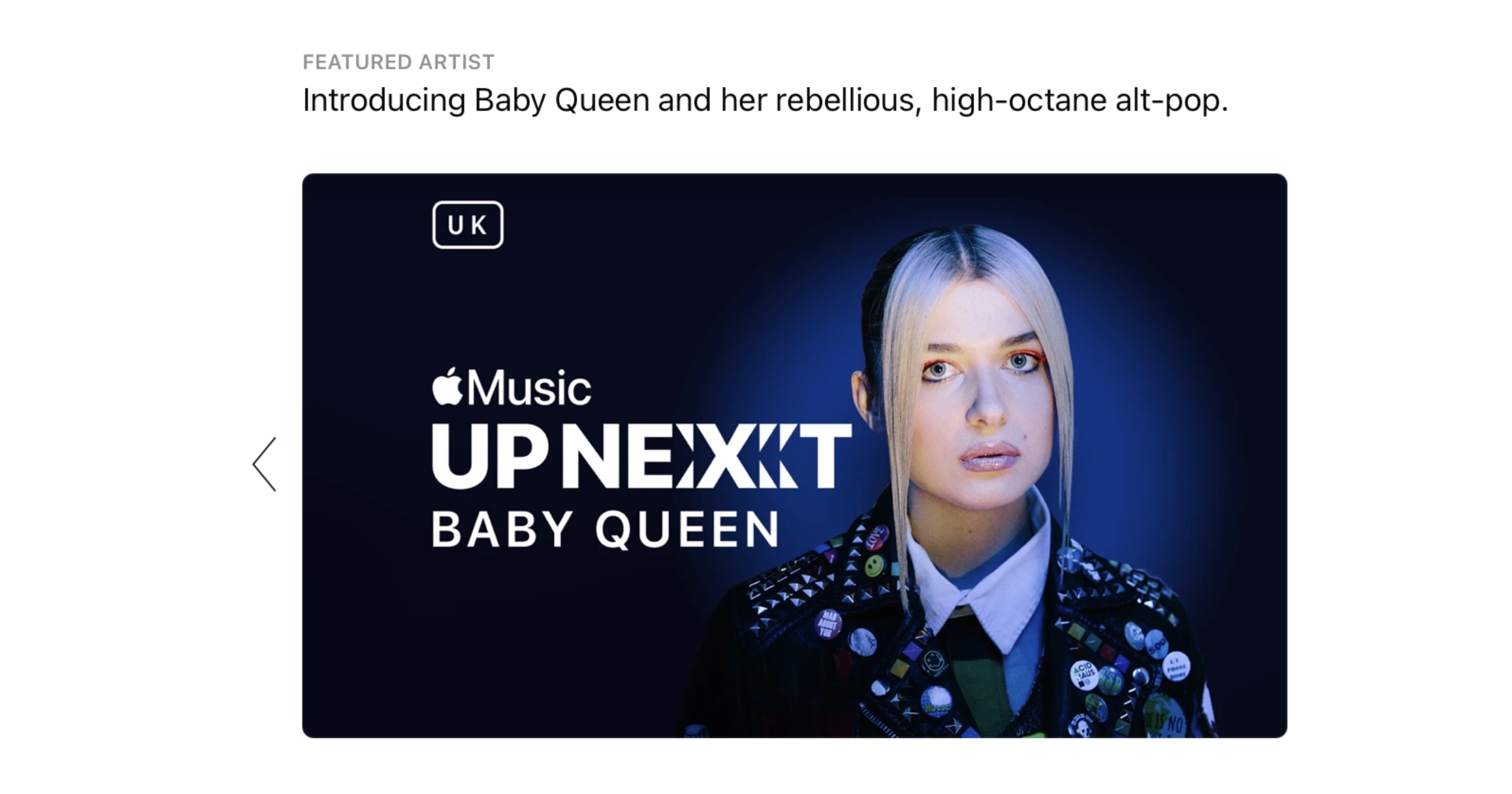 Apple Music has introduced an “international local focus” to the artist spotlight program Up Next, reported Billboard (Apple News+ link). Artists will be featured in the playlist of the same name in the Music app, and in other editorial content like the Arlo Parks video below.

Apple Music ‘Up Next’ to Highlight Local Artists Around The World

Artists in the U.S., Canada, Australia, the U.K., South Africa, India, France, Germany, Mexico, Russia, and Japan are now benefiting from being featured across the platform their home country. The program is set to debut in China next month too. The idea is users in these countries and regions are showcased local artists.


The first artists backed in this initial expansion are:

If you’re in an area that has the feature it can be found by scrolling horizontally in the top row of the ‘Browse’ section in Apple Music.