Details emerged last week of Overton, a framework used by Apple to automate AI system lifecycles (via VentureBeat). It provides a set of novel high-level abstractions to help deal with complex queries.

A paper published Friday outlined more details about Overton. Researchers said the tool had been used for more than a year. Its “main design goal is to support engineers in building, monitoring, and improving production machine learning systems,” the wrote. They added:

Overton-based applications have answered billions of queries in multiple languages and processed trillions of records reducing errors 1.7 − 2.9× versus production systems.

The tool is used in “in both near-real-time and backend production applications,” according to the paper. For example answering “factoid” queries such as “how tall is the President of the United States” are actually very complex. It requires a system to tackle multiple tasks. Overton is designed to help that process.

Overton takes as input a schema containing two elements: data payloads, which describe the input data used to train new or existing AI models, and model tasks, which describe the tasks the model needs to accomplish. Furthermore, the schema defines the input, output, and coarse-grained data flow of the target machine learning model. 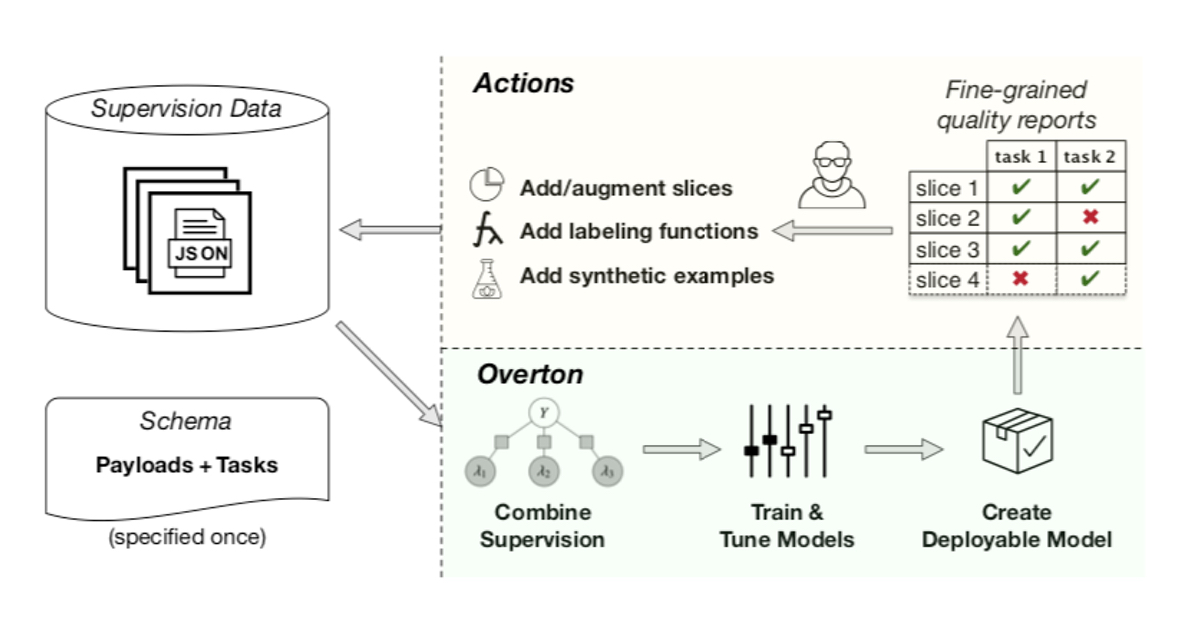 Essentially, it shows how a model computes something, not what it computes. It brings together numerous versions of AI development frameworks. This includes Google’s TensorFlow, Apple’s CoreML, or Facebook’s PyTorch. After that, it searches for the appropriate architecture and hyperparameters. Furthermore, engineers can create tags associated with individual data points. These indicate what should be used for training, testing, and development.

The paper also stated that engineers do not “write any deep learning code in framework like Tensor Flow”. Instead, they use a technique called model slicing. This allows identification of subsets of product-critical input data. This helps increase representation capacity. “Using this recently developed technique led to state-of-the-art results on natural language benchmarks including GLUE and SuperGLUE,” the paper noted.