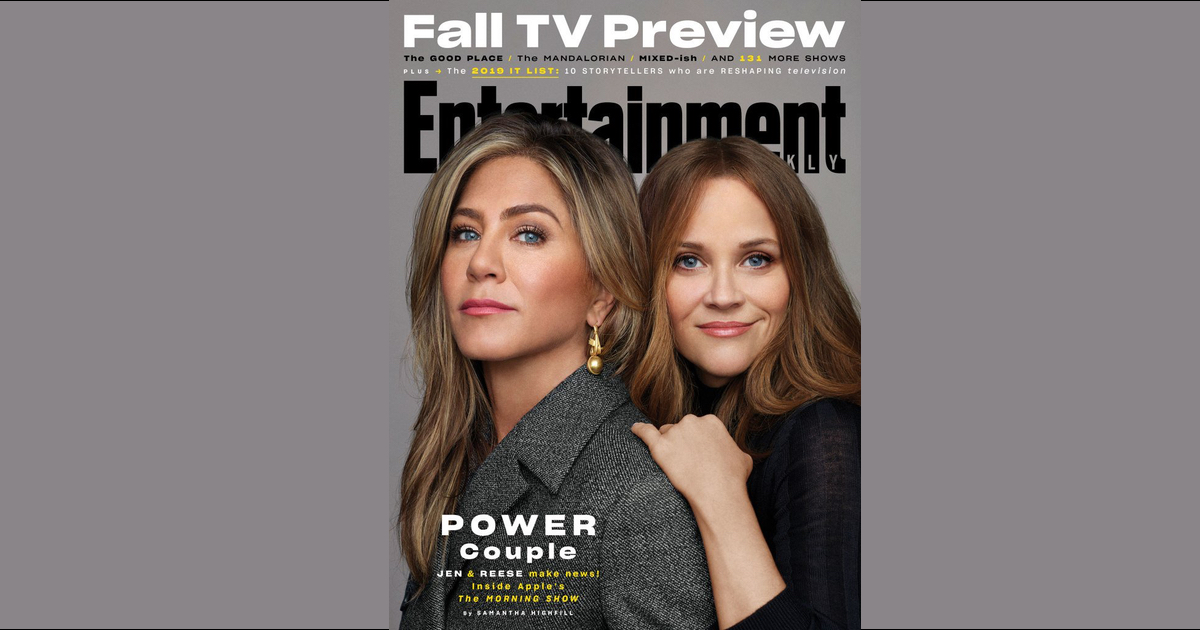 The preview of ‘The Morning Show’ described Ms. Aniston “as a wonderfully intense as Alex Levy,” the anchor of the morning show that is the setting for the series. It found that episodes it previewed “feel less like the well-worn ‘two women fight over a job’ narrative and more like ‘two women fight an industry that undervalues them.'” It even said that “early episodes  The Morning Show could be compelling enough to make viewers do the unthinkable: sign up for another streaming service.”

Apple exec Eddy Cue excitedly shared the cover of the magazine on Twitter:

Excited to show you the great shows our team have been working on. Canâ€™t wait for Nov 1! https://t.co/KjZyp8kLLB

One thing that’s always been known is that The Morning Show would be a part of Apple TV+’s initial slate of programming. “It was day 2 or 3 of us being here at Apple when we heard the pitch,” says Jamie Erlicht, who is head of worldwide video for Apple alongside Zack Van Amburg. (Both came over from Sony Pictures Television.) “It was so undeniable, both in the story they wanted to tell and who was involved. We left the meeting and we literally didn’t even know how to order paper clips for the office — let alone a TV series — but we said we had to have it.” Fifteen minutes later, they called to make an offer.

It seems the stars are equally happy to be at Apple. “The more ambitious this project was, the more I felt like Apple was the right place for it, because they were taking a shot too. They’re putting themselves out there to get into the content world,” Ms. Witherspoon commented.