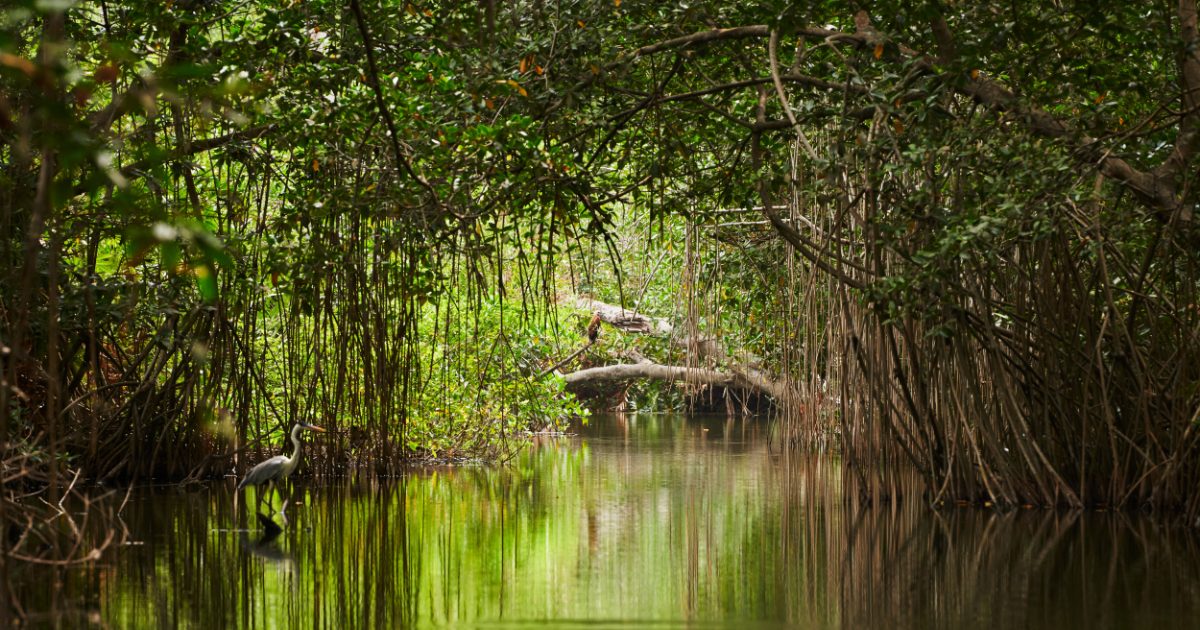 Last year, through Apple’s Earth Day 2018 Give Back campaign, the company partnered with Conservation International to protect and restore a 27,000-acre mangrove forest in Cispatá Bay. Now for Earth Day 2019 we have more details on that.

This first is expected to sequester a million metric tons of carbon dioxide over its lifetime. Lisa Jackson, Apple’s VP of Environment, Policy and Social Initiatives, explained why conserving it is important:

These forests are critical because they’re one of nature’s most important tools in the battle against climate change,” she said. “Globally, we’ve lost half of the world’s mangrove forests since the 1940s — so it’s high time we start preserving and protecting them.

Forests are a great way to capture carbon dioxide because it’s part of the life cycle of trees: Plants take in carbon dioxide, and “breathe” out oxygen. Mangrove forests can absorb and store up to 10 times more carbon than a terrestrial forest.

This isn’t the first forest Apple has committed to protect. In China Apple partnered with the World Wildlife Fund (WWF) to help a million acres of forest transition to better management practices. In the United States Apple works with The Conservation Fund, which buys working forests and certifies them as sustainably managed and protected.

[Know Your Carbon Footprint With Carbon]