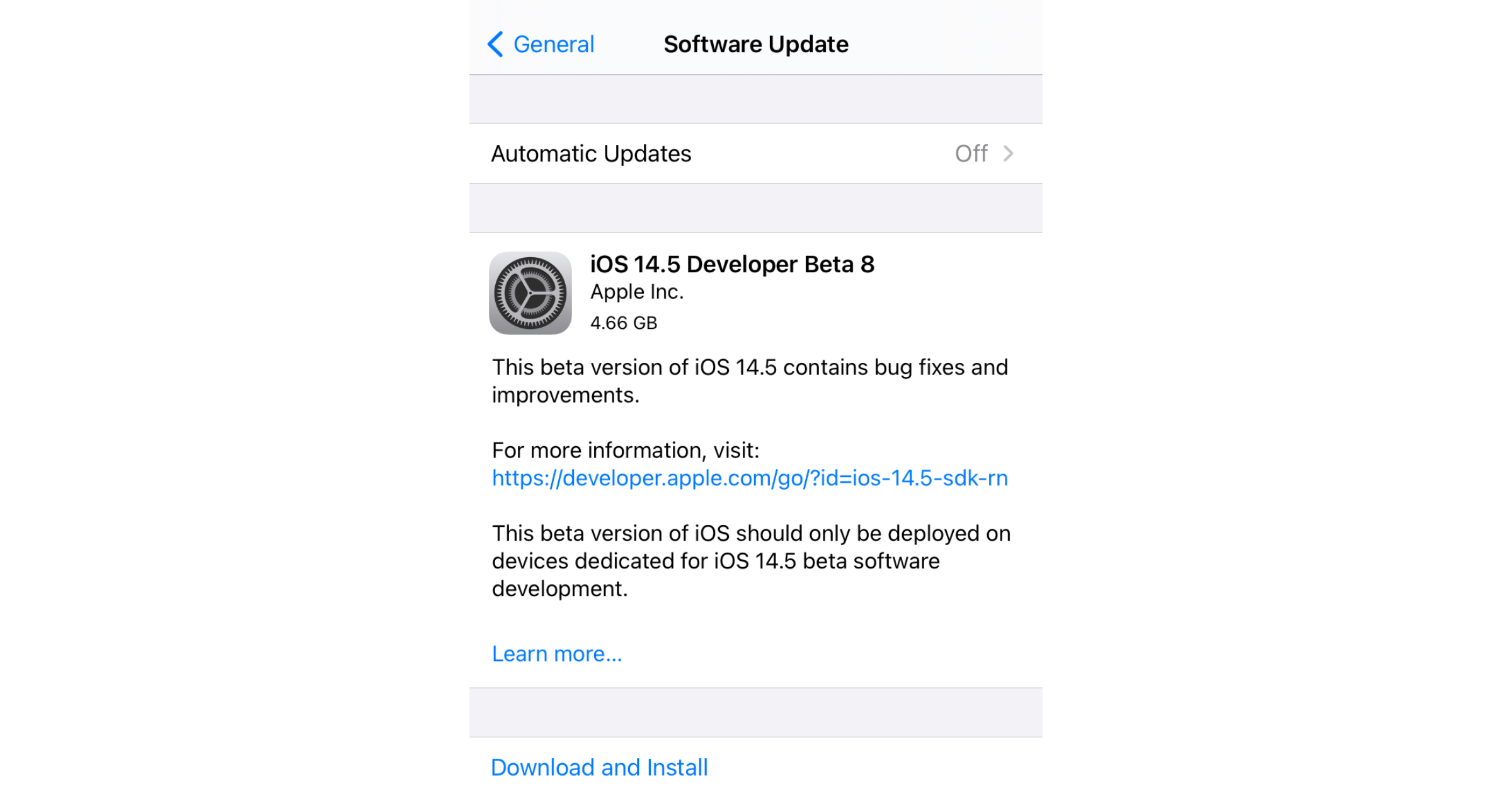 Another week, another iOS 14.5 beta. The eight test version of the forthcoming operating system is now available for those enrolled in the developer program.

iOS 14.5 will include two new English voices for Siri as well as the abilt to use an Apple Watch to unlock an iPhone via Face ID whilst wearing a mask. There are new emoji too (see video below).

As well as the new beta of iOS and iPadOS 14.5, MacRumors reported that the eighth beta of Mac OS Big Sur 11.3 is available too.