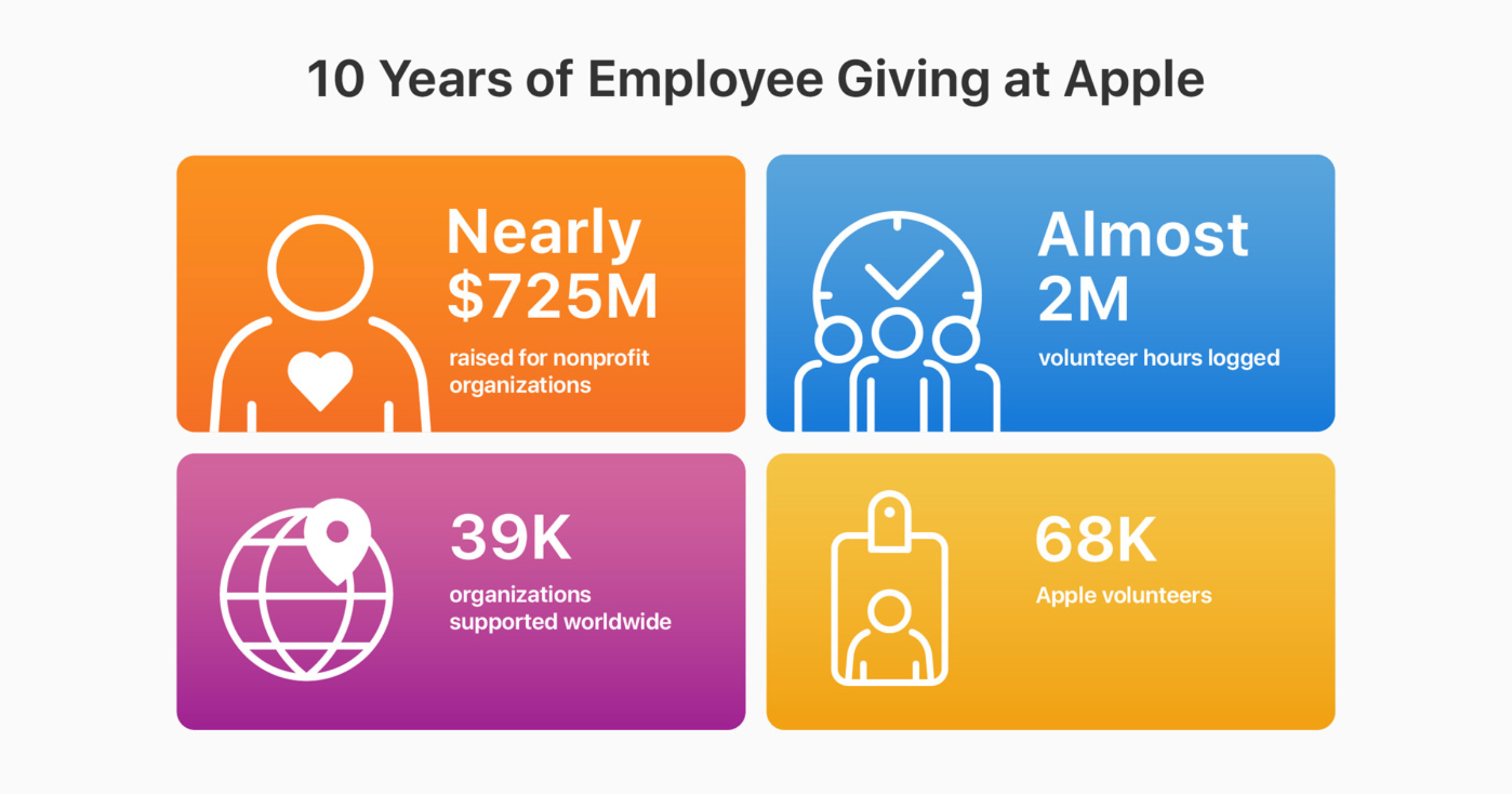 Apple’s Employee Giving program distributed US$120 million in 2021, the company has announced. In total, it has raised almost US$725 million in the decade it has been around.

These funds have been distributed amongst 39,000 organizations around the world and include the almost two million volunteer hours undertaken by 68,000 Apple employees in that time. Apple’s Community Investment team also donates millions of dollars to various nonprofits. These include World Central Kitchen, The King Center, and China Foundation for Poverty Alleviation. Furthermore, the company has its Strengthen Local Communities grant program, providing funding for local organizations in Apple team members’ communities.

The company detailed some examples of all this in action in a feature shared on Tuesday.