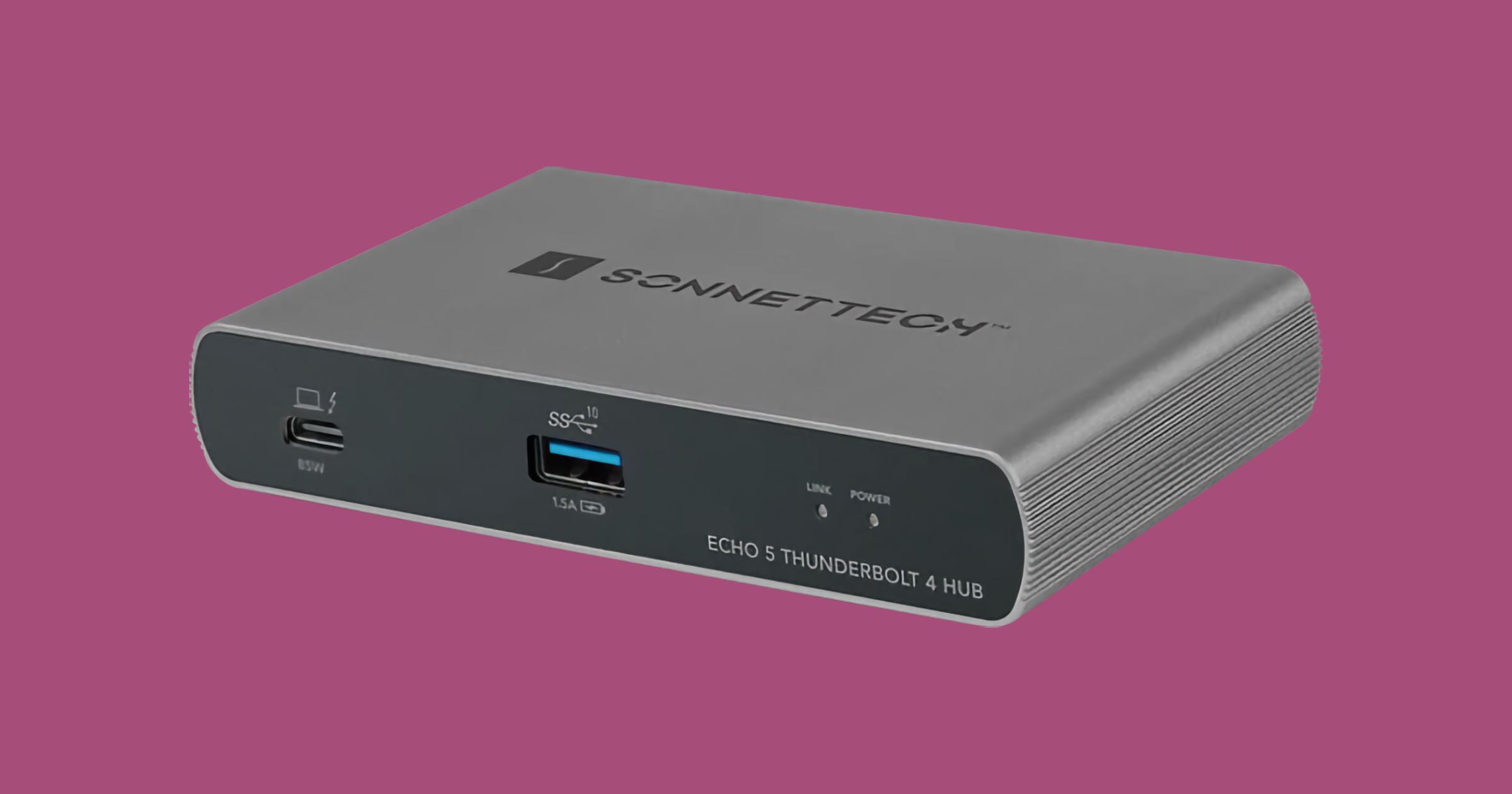 Sonnet Technologies announced its Echo 5 Thunderbolt 4 hub on Tuesday. It features four Thunderbolt 4 ports and one USB 3.2 Gen 2 (10Gbps) Type A charging port. It’s available to purchase for US$199.99.

Thunderbolt hubs provide users with a central place to connect their computer peripherals — such as storage devices, input devices, displays, etc. — instead of directly to a computer that often has fewer ports than desired. Sonnet’s Echo 5 Thunderbolt 4 Hub enables notebook and laptop computer users — and iPad Pro users — to connect to all their peripheral devices at once through a single Thunderbolt cable.

Through the same cable, the Echo hub can also charge compatible computers with up to 85 watts of power. Depending on the computer or iPad Pro which it’s connected to, the Echo hub also supports connecting one (always 4K, up to 5K, 6K, or 8K) or up to two displays (4K + 4K, 5K + 5K, or up to 6K + 6K).