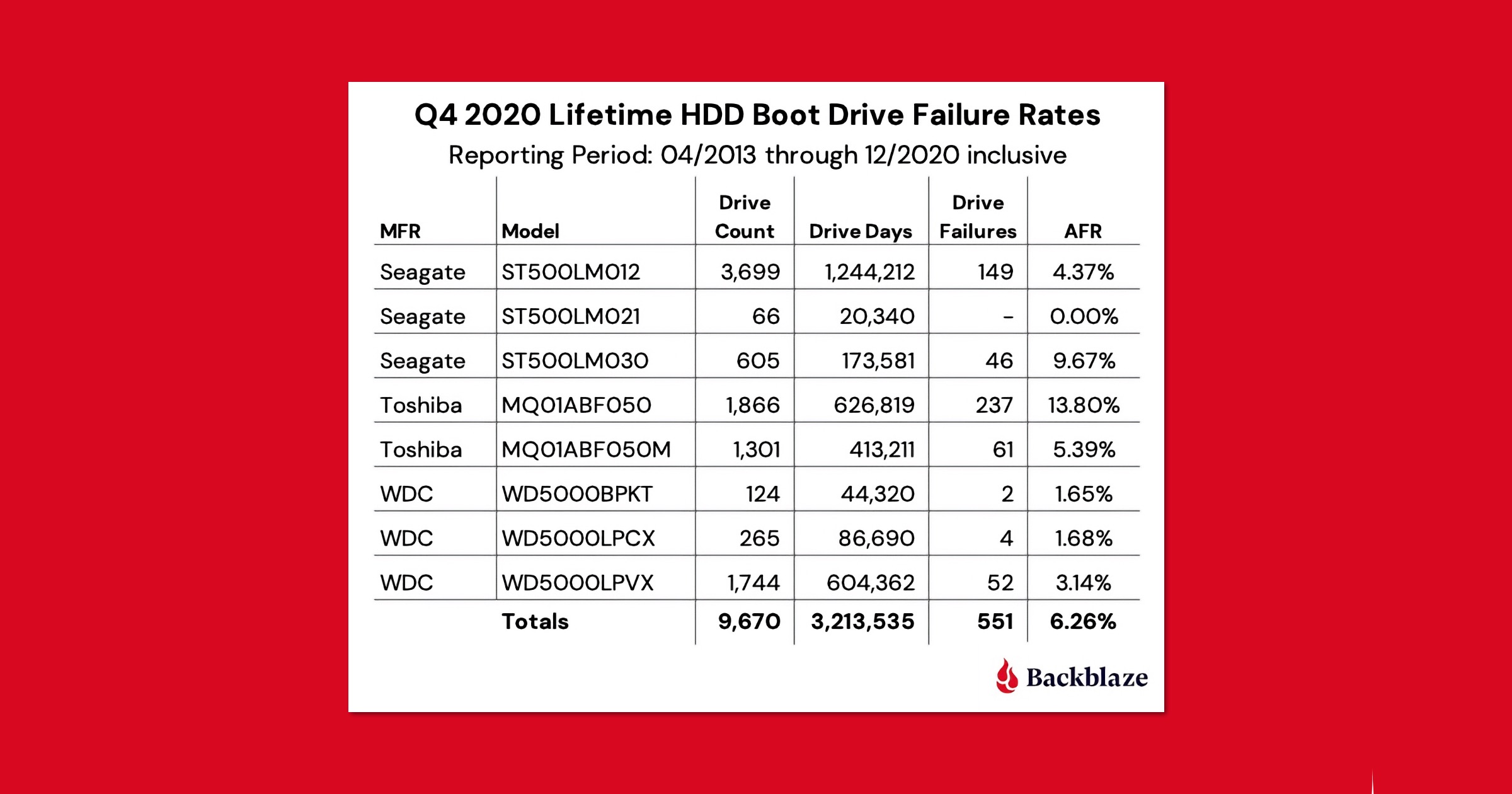 Backblaze has released statistics for Q2 2021 regarding its hard drives and data centers on Tuesday. Here are some interesting numbers.

More information can be found in the full report.