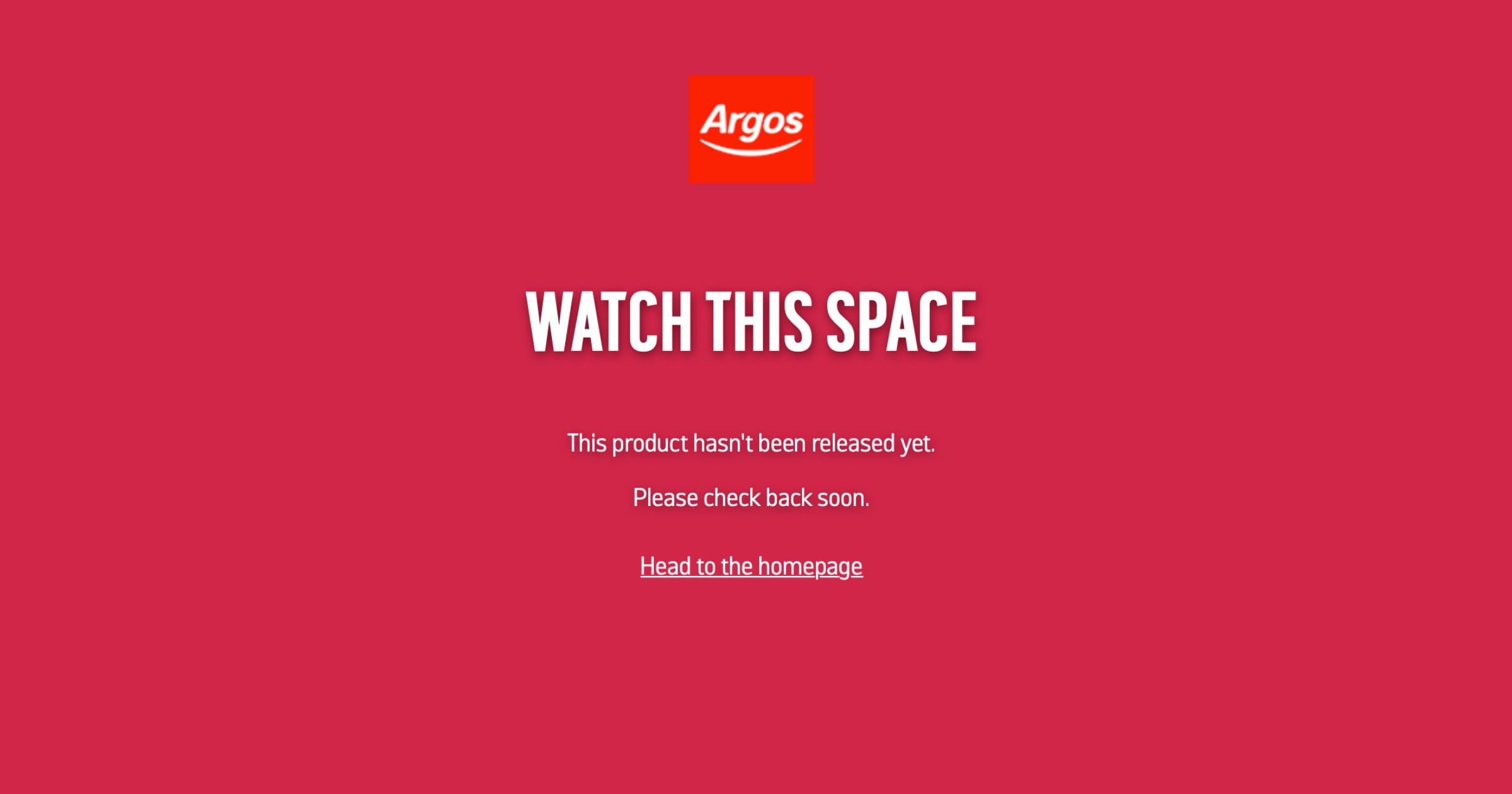 LONDON – British retailer Argos was spotted by iMore and Twitter user ApplWatcher selling the new Apple TV 4K with Siri Remote two days ahead of its planned release on Friday. However, somebody has clearly realized the error as when The Mac Observer checked this morning the device was no longer available.

Indeed, when @AppleWatcher checked, the device was listed as being available to “collect right away.”

While the new Apple TV 4K with Siri Remote is still listed is by the retailer, it is no longer available to purchase.. Instead, when you click to buy it you see a message (shown in the picture) above that reads:

WATCH THIS SPACE. This product hasn’t been released yet. Please check back soon.

The new M1 iMac in seven different colors and M1 iPad Pro will also be available in stores from Friday.