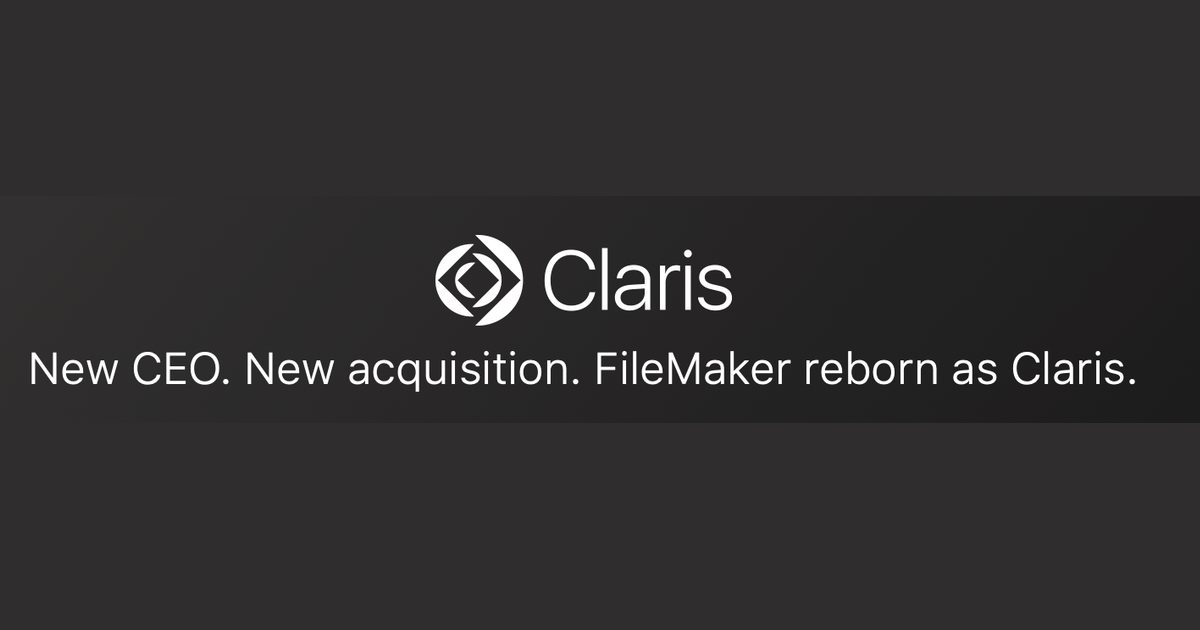 Twenty-one years from when the brand last existed, Claris is back. Filemaker is returning to its original name, its CEO revealed.

Expanding Beyond a Database

The Apple-subsidiary is looking to expand beyond the database software it is currently named after. It already referred to itself as a “workplace innovation platform.” In an interview with Fast Company’s Harry McCraken, Brad Freitag said:

As we played with probably a thousand naming considerations, we continued to return to Claris as a name. We liked that it was short. It speaks to clarity, shining the light, illumination. We felt like it really expressed our brand well.

Mr. Freitag became CEO in March after serving in the sales team. He is clearly confident that Claris still provides value for Apple  “Packaged apps really matter, and they do great things for us,” he said. “But I think every business has unique IP. And to the extent we can transition that into a digital scope, it makes a lot of sense. There are some secrets we’ve unlocked there.”

In a blog post expanding on these topics, Mr. Freitag said the name Claris “best represents our technology today and in the future. Instead of a single offering, we are building a suite of services geared toward empowering everyday problem solvers.”

The company also formally announced the purchase Stamplay, which helps share data amongst cloud services. The company named the product using this technology Claris Connect. It will even help connect services that are not linked to Filemaker databases. “We’ve had FileMaker integration for a long time, but there was a level of scripting involved that made it less accessible to a lot of our problem-solvers,” explained Mr. Freitag. “And this will make integration between FileMaker and other services far more accessible to a broader development community.

Claris Organizer was awesome. So was Claris Draw. The ultimate in ease-of-use.

Talk about memories. I lived in ClarisWorks 3.0 for many years starting in 1998 with a 68k Mac. Those were fun days for sure!

Bring back the great Claris Organizer that was sold and renamed as Palm Desktop.

ClarisWorks!!! Boy, that name takes me back. That was included with my very first Mac, a Performa 6400 bought in ’96.

Gee, maybe they will bring back Claris Emailer, the “ultimate” Claris Connect app…