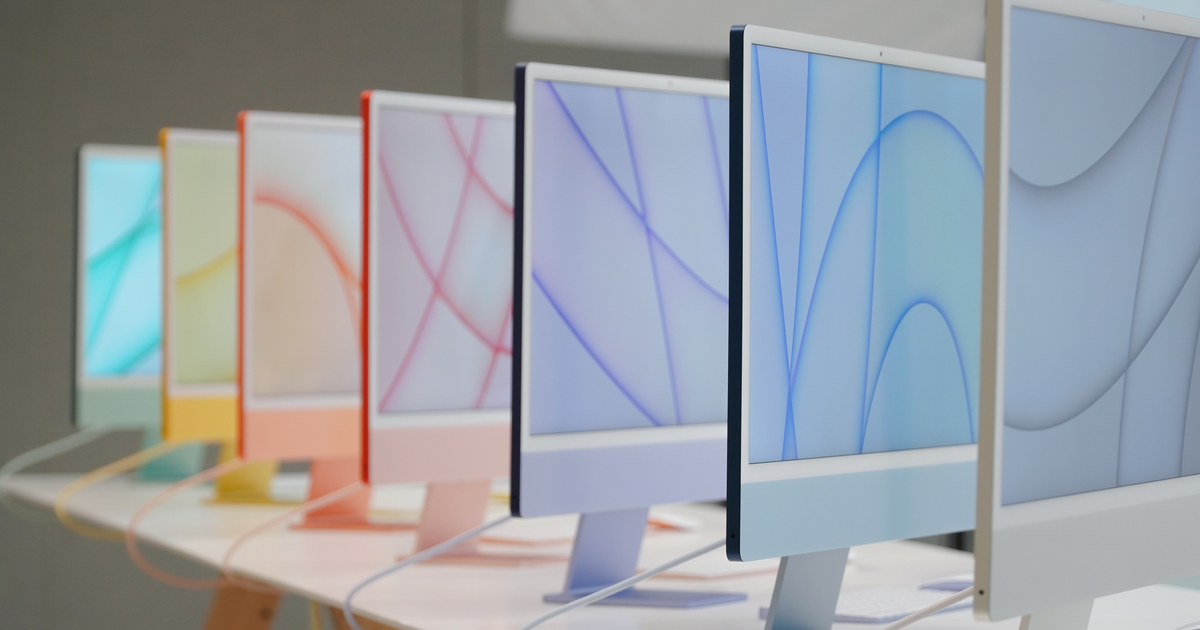 It seems that we will have more to look forward to after September 14 than just new iPhones and a new Apple Watch. The latest reports indicate that Apple will begin selling all 24 inch iMac colors in the retail stores very soon.

No, we don’t expect any new Macs to debut at the “California Streaming” event. However, Bloomberg’s Mark Gurman points out that Cupertino is making one small tweak to its iMac sales options. After the event, Apple retail stores nationwide will begin selling the 24-inch iMac in all seven available colors.

Not iPhone and Apple Watch only, some minor Mac news to look out for on September 14: Apple will start selling all 24-inch M1 iMac colors in retail stores. Yellow, orange, and purple were previously available only online.

Currently, you can only pick up a 24-inch iMac from a retail location in green, pink, blue, or silver. Cupertino does offer a yellow, orange, and purple version of the all-in-one desktop, but you have to order those colors online.

Granted, these are more unusual colors. I can understand why they haven’t been available in the stores yet. However, they may have proven more popular than Cupertino thought they would. Bringing the other colors into the retail stores will make it easier for customers to get them. They won’t have to wait for shipping. Whether or not third party stores like Best Buy will also carry the additional colors remains to be seen.

We do expect redesigned 14-inch and 16-inch MacBook Pro models in 2021. It is highly doubtful those will be announced at the September event, though. Apple’s usual pattern is to focus on the iPhone and sometimes the Apple Watch during its earlier fall event. A second event, probably in October or November, will focus on Mac and iPad.