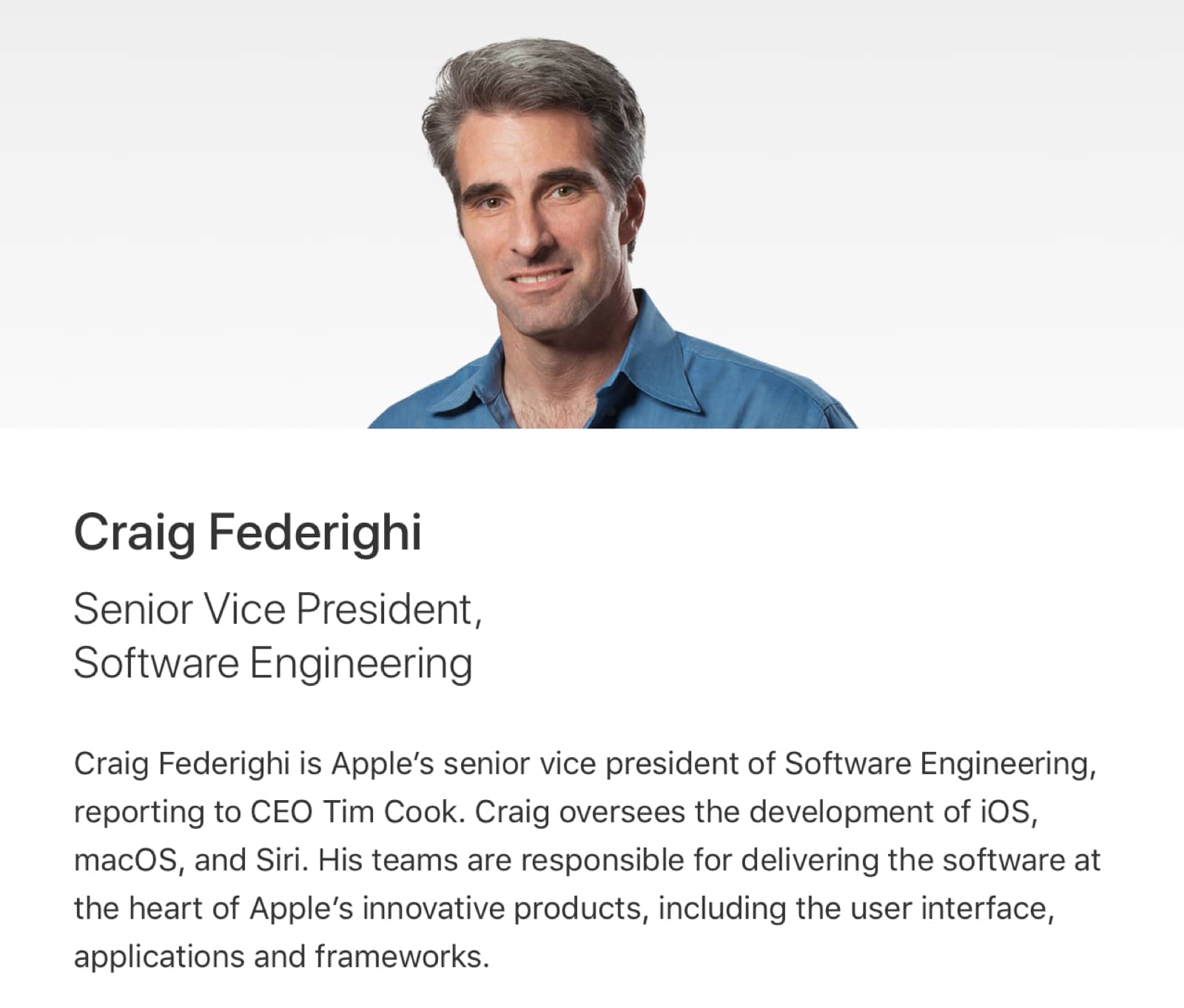 Craig Federighi is Apple’s senior vice president of Software Engineering, reporting to CEO Tim Cook. Craig oversees the development of iOS, macOS, and Siri. His teams are responsible for delivering the software at the heart of Apple’s innovative products, including the user interface, applications and frameworks.

Siri has improved leaps and bounds over the past couple of years, like new deep learning, a more natural voice, built-in translation, and improved AI. Personally I think Craig is a good choice to lead the team. We can be sure to see even more improvements over the years to Siri.