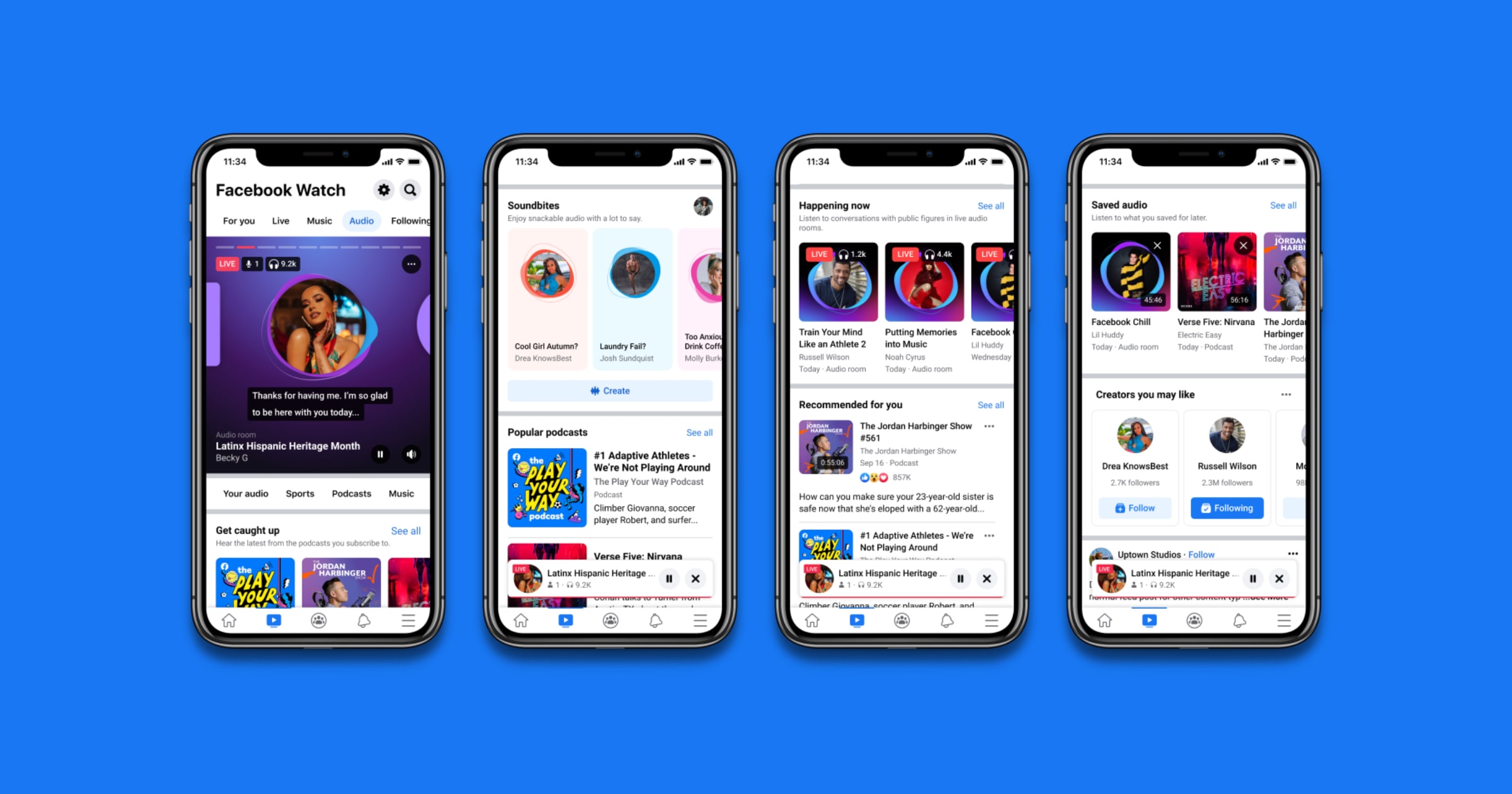 Facebook has added an Audio section to its app for users in the U.S. It’s a destination for podcasts, Live Audio Rooms, and other forms of short-form audio (via TechCrunch),

The tab can be found within the Facebook Watch section. As users engage with creators and audio they will eventually see personalized suggestions for recommended and popular content. The company also says its Clubhouse rival, Live Audio Rooms, are rolling out to public figures and creators outside of the U.S, as well as appearing on Android.

The company says the new destination will help creators to have their shows found, while Facebook users will be able to find audio content from favorite creators, discover new ones and access content they had saved for later. At launch, the Audio section will feature the content from the creators you’re already following, and will include a set of personalized recommendations as well as suggestions of other audio that’s popular across Facebook.

Finally, Facebook says Soundbites will roll out to more people in the U.S. in the coming weeks.

Before adding features they need to fix the bugs, deliberate ones or just crappy coding, in Watch. I turn off notifications for Watch, Facebook turns them back on, I block a video source, Facebook unblocks it. A whistleblower goes before Congress and tells us how Facebook shoves stuff in users faces.