Friends won’t be there for you much longer, Netflix subscribers. The popular show is leaving the streaming service and going to WarnerMedia’s new service in the U.S., HBO Max (via Entertainment Weekly). 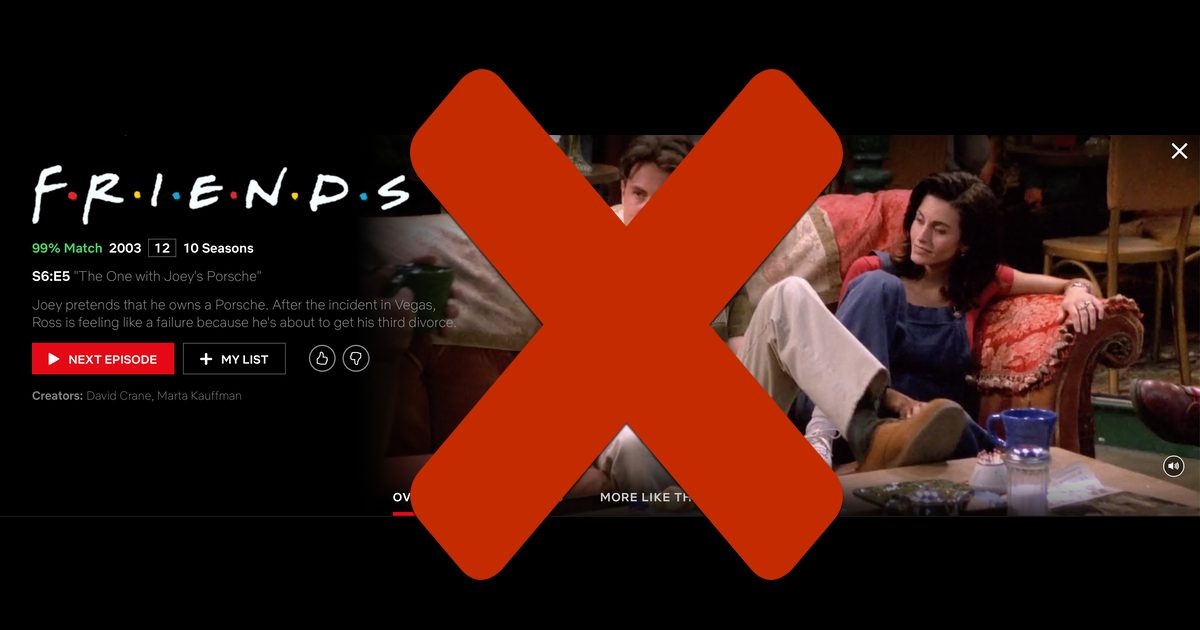 HBO Max will be another competitor to the forthcoming Apple TV+ service. Having Friends, one of the most popular sitcoms of all time, on its roster is clearly a huge advantage. The Netflix deal for Friends finishes at the end of 2019, along with those for Riverdale and Pretty Little Liars. The company firmed the move via Twitter:

The One Where We Have To Say Goodbye.

We’re sorry to see Friends go to Warner's streaming service at the beginning of 2020 (in The US). Thanks for the memories, gang ☕