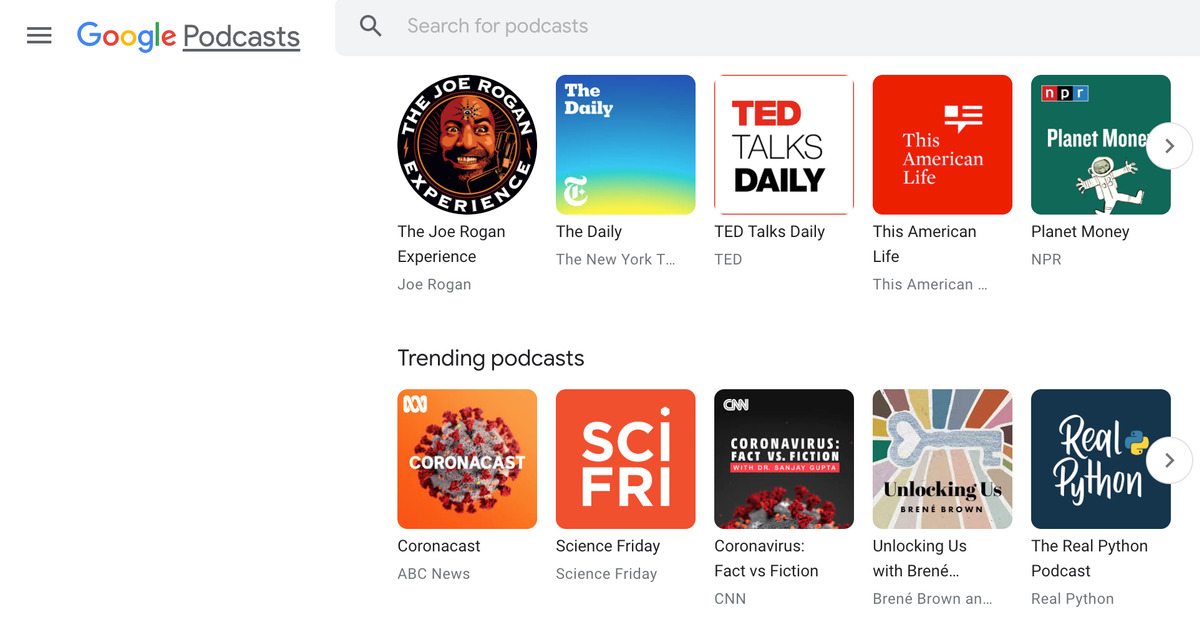 Google Podcasts is now available on iOS for the first time (via Engadget). It has also had a design refresh, which is currently rolling out to Android users.

In a bid to compete with Apple’s own Podcasts app and third party offerings like Overcast or Acast, Google released the iOS version of its own podcast app. If you download it, you can immediately sign in using your Google account, naturally. Once you’ve done that, the interface is clean and simple to use. As you can see from the picture above, it features the kind of categories and big-name shows you would expect easy access too. There’s also search functionality so you can find specific shows:

You can also ‘Favorite’ shows to subscribe to them.

There is nothing particularly wrong with the app, I just can’t see anything that would immediately make you want to turn away from the one you use already. If you want to give it a try, Google Podcasts is free and in the iOS App Store now. There is also a web version available.