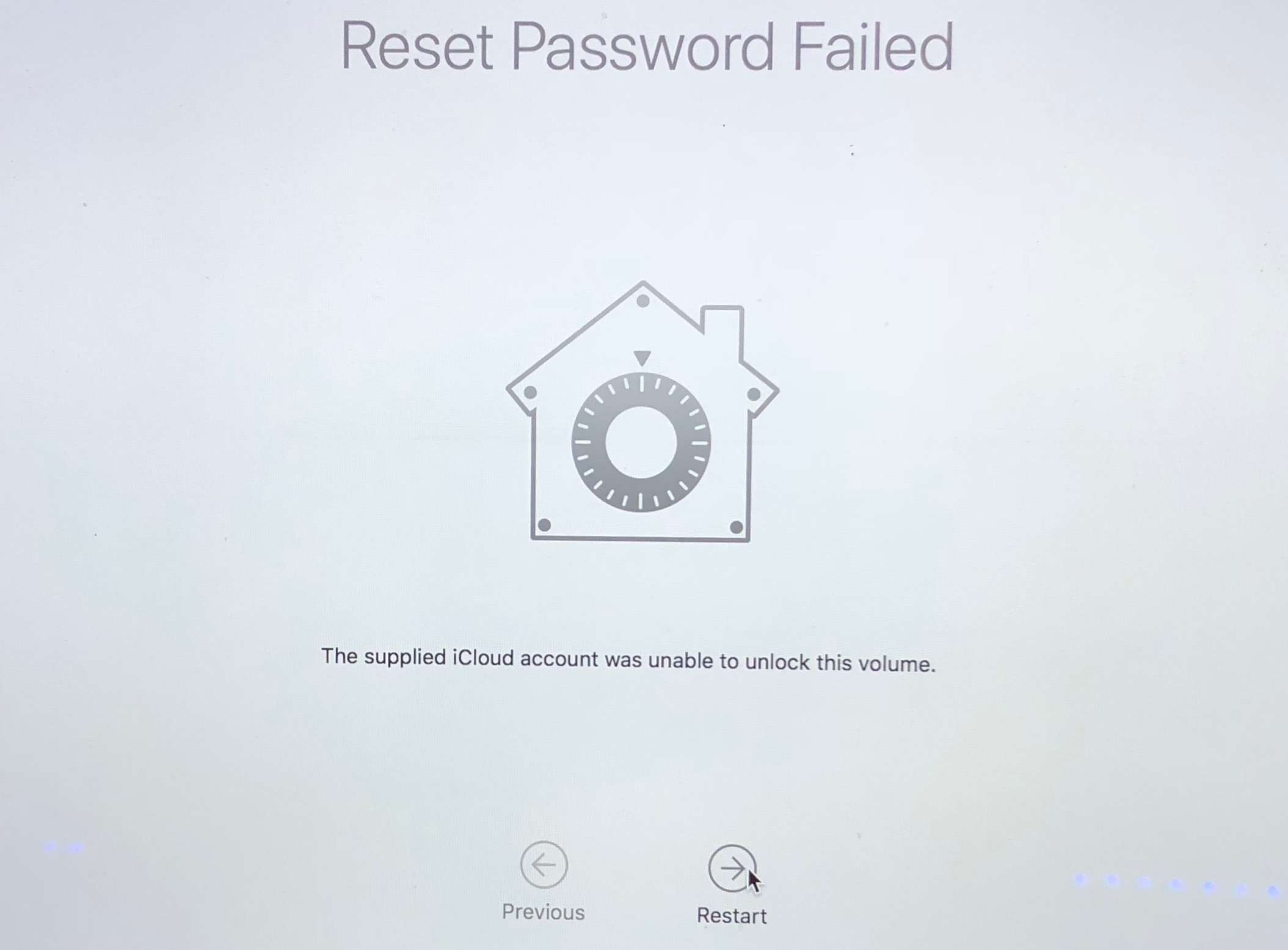 Last Thursday morning I tapped the keyboard to awaken my Mac and nothing happened. So, I held down the power/eject key until I heard the comforting startup chime and soft whirring of fans.

My comfort was short-lived. When I tried to launch an app—any app—I got a message that the app was damaged and couldn’t be opened. I noticed that all of the previously-colorful icons in my Dock were replaced with gray question marks, telling me that the Dock couldn’t locate the apps.

Then I tried the usual tricks one tries…

I remained calm while performing the usual tricks and techniques you perform when your Mac goes wonky:

The fans were still whirring, so I thought something might be going on behind the scenes. I waited an hour but nothing changed.

I assumed the operating system was hosed, so I booted into macOS Recovery mode by restarting while holding down Command + R. Then, I first ran Disk First Aid on the recalcitrant disk. When it passed the tests, I reinstalled High Sierra.

Holding my breath, I rebooted (for about the twentieth time), only to see the Apple logo (briefly), followed by the black screen of death. Again.

Then I got serious…

At this point I decided to erase the recalcitrant drive and start from scratch. So, I restarted into Recovery mode, used Disk Utility to erase the troubled drive, and installed High Sierra.

Bingo. It turns out that erasing the disk before installing High Sierra was the solution.

It took the better part of four hours before everything was back to normal. But, because I had good backups and stayed calm, I was back to work within a few hours without losing a drop of data.

It wasn’t fun, but in retrospect, it could have been a lot worse.

On Sunday, it got a lot worse. I walked in to find my Mac as frozen as a popsicle. No mouse, no keyboard, nothing worked. I long-pressed the power key and hoped for the best.

What I got was the worst. Since a picture is worth a thousand words, these pictures will save you having to read a 3,000 word description of the errors I encountered Sunday afternoon and well into the evening. 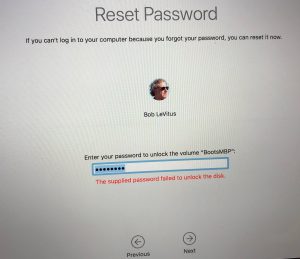 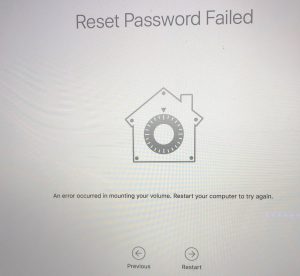 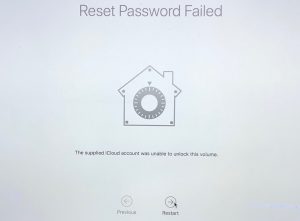 In other words, my Mac no longer remembered me or my password and all attempts to reset the password failed. The disk was encrypted with FileVault, so I didn’t have a lot of hope. I’d have been happy to erase the disk again and restore from a backup or clone.

But, because the disk was encrypted, and in spite of my knowing the password (I’m sure I typed it properly most of the 50 or so times I tried), I couldn’t even erase it and start over. I tried starting it in Target mode and booting from the MacBook Air, but it remained stubbornly unable to recall my user account or FileVault passwords. Ergo, I still couldn’t use it or erase it. The one time I managed to get Disk Utility to try First Aid, I got an ominous error message. 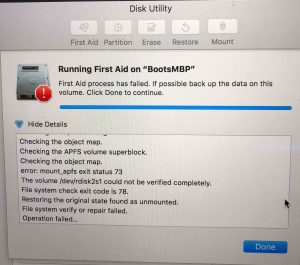 GoogleFu failed to uncover a fix, so late Sunday night I threw in the towel and called Apple. My tech was great and in about 30 minutes we determined it would require in-store diagnostics to proceed any further.

The next available Genius Bar appointment at either Apple Store in Austin was Tuesday at 6PM.

Can you imagine being without your Mac for two days? It was unthinkable to me, so I was at the closer Apple store when it opened Monday morning at 10AM.

The first walk-in appointment was at 11:20AM.

Then, good news! I related my tale of woe to another excellent technician. He ran a few tests and determined that the problem was a swollen battery and it would cost only $200 to fix. I was relieved because Apple’s price for replacing the 1TB SSD was over $900!

Bad news: This store didn’t have the part in stock.

Good news: Austin’s other Apple store, about 30 minutes away, had the part.

Bad news: They had the part but they also had a 7-10 day backlog for in-house repairs.

Good news: They could expedite a depot repair and get it back to me by Wednesday. That’s today.  I picked it up and am restoring it as I type this on my MacBook Air.

I bought the MacBook Air for travel and testing, not to use as a daily driver. Between its tiny 11-inch screen, wimpy processor, inadequate RAM, and lack of graphics processing power, it’s been a challenge. But, for the most part, I’ve gotten by for three days with data from my backup disks and a backup Mac (i.e. my MacBook Air).

The one lesson I learned is that this kind of disaster — one severe enough to cause a day or two of lost work — can happen at any time. And because I have such an obsession with redundancy and backups, I didn’t lose a drop of data.

But, I did lose almost two days of work to troubleshooting and trying to make my MacBook Air do things it wasn’t designed to do.

In other words, I could probably achieve zero downtime if I bought a third Mac with roughly the same specs as my daily driver (the MacBook Pro).

I’m not sure it’s worth it or that I can justify the expense. That being said, I never thought much about buying a third Mac before, but I have been thinking about it a lot lately….

One last thing: The care I received from Apple was first-rate from start to finish. Everyone I worked with or talked to went out of their way to reassure me they were doing everything possible to get the issue resolved quickly..

I cannot imagine how horrible the experience would have been had my Mac been a Windows laptop from Best Buy.