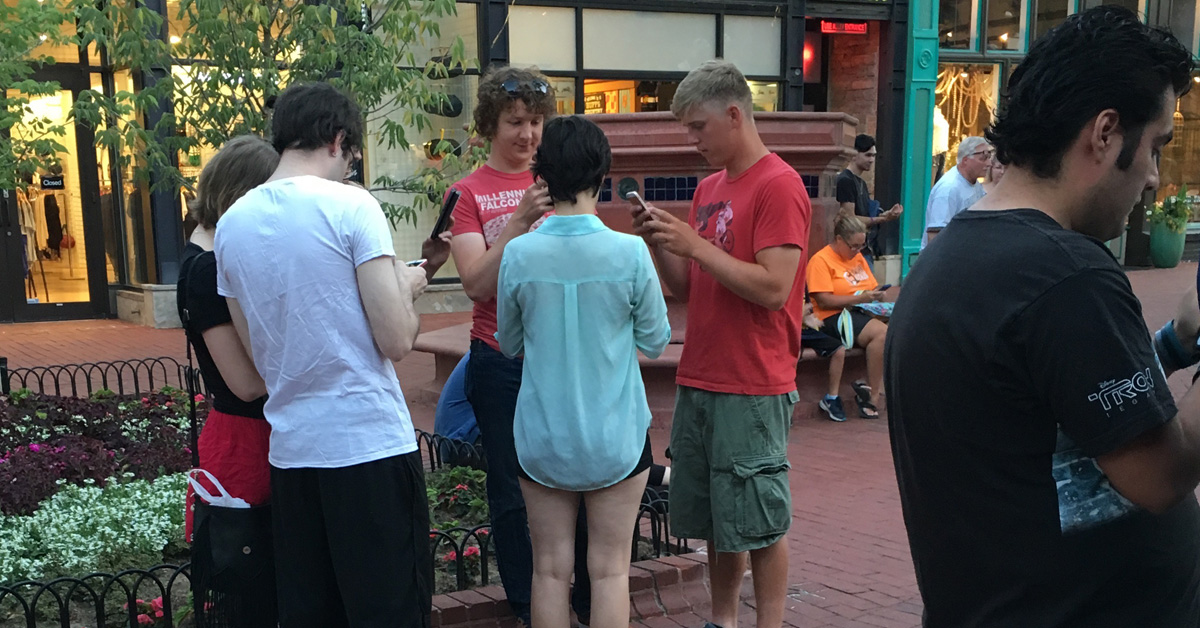 Nintendo holds shares in Niantic and Pokémon Company, giving it what amounts to a 13% stake in Pokémon GO. That fact seems to have eluded investors who kept buying shares as the company’s stock skyrocketed over the course of a week. When Nintendo released a statement a couple days ago reminding investors it isn’t the exclusive owner of Pokémon GO, however, its share value dropped 18% in a single day.

Pokémon GO is a game for the iPhone and Android-based smartphones that requires players go outside and walk around to find and catch Pokémon characters. The idea is to collect as many as you can, and then pit them in battle against other player’s characters.

The game directs players to local landmarks such as public works of art, historic locations, parks, and other points of interest to collect the virtual tools they need to catch Pokémon. Special eggs that hatch to become more Pokémon incubate only when players are out walking, adding more incentive to get outside.

It also uses AR, or augmented reality, to make it appear as if Pokémon characters are in front of players when they use their smartphone camera.

Pokémon GO launched in the U.S., Australia, and New Zealand, and has since expanded into several more countries. The game is free, but generates revenue through in-app purchases. More countries means more players, which translates to more potential revenue—not all of which goes to Nintendo.

Those confused investors may have nearly doubled Nintendo’s stock, but they’re also responsible for a US$6.4 billion dip from its high point. That kind of drop hurts even though Nintento is still up over 60% compared to last month.

Pokémon GO’s big lesson for players is that it’s fun to get off the couch and go outside. For investors, the big lesson is that you should learn about your investments instead of assuming—in this case—that Pokémon GO was developed and totally owned by Nintendo.

[Thanks to Bloomberg for the heads up]