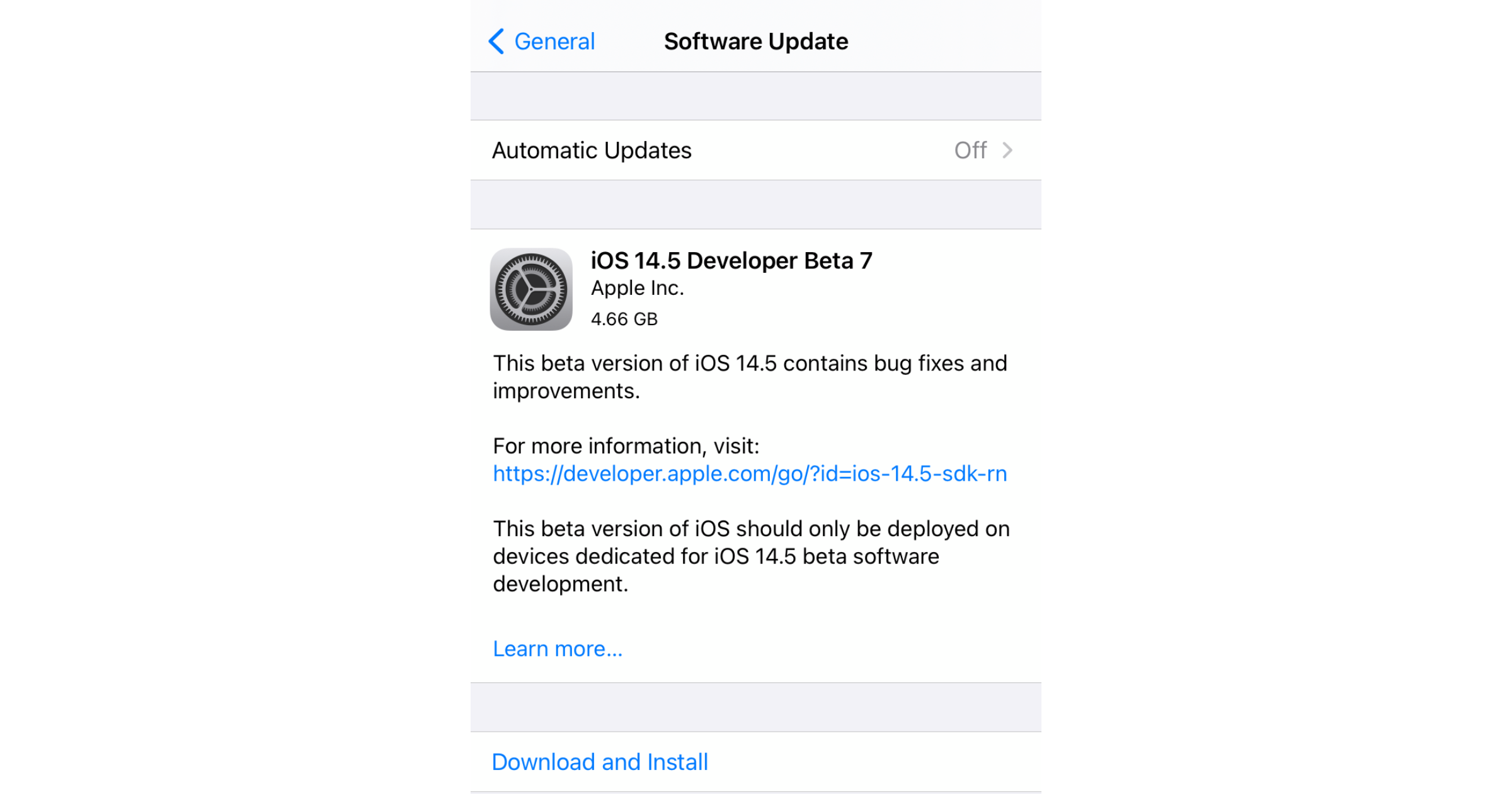 We’ve had yet another developer beta for iOS 14.5 – the seventh test version of the forthcoming operating system is now available. AppleInsider spotted that Apple also released updated versions for a host of its other operating systems too.

All-in-all, the latest beta versions of iOS 14.5, iPadOS 14.5, tvOS 14.5, and watchOS 7.4 are now available to developers. The previous versions only landed a week ago. iOS 14.5 will now include two new English voices for Siri. Using your Apple Watch to unlock via Face ID whilst wearing a mask and new emoji are amongst the other new features that will (eventually!) find their way onto users’ devices. It is also worth noting that Tim Cook said the timeline for release was a “few weeks” when discussing forthcoming features in a recent interview with Kara Swisher.