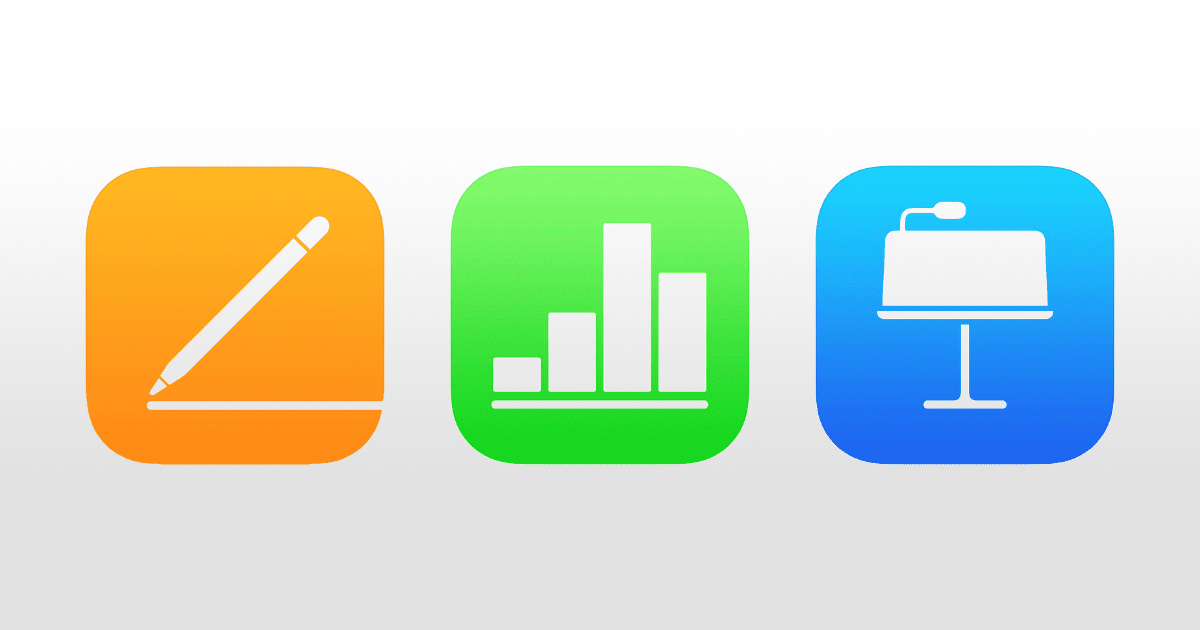 Apple updated the iWork apps on iOS today: Pages, Numbers, and Keynote. It brings the apps into parity with the macOS versions, and adds more support for Apple Pencil.

[Warren Buffet: ‘Apple Can Afford to Make a Mistake or Two’]

The parity I refer to is bringing features to the iOS versions that were previously only available on the macOS versions. For example, in the past when you were collaborating on a document, you had a file size restraint of 1GB. But the new update doubles that to 2GB. You also don’t have to ungroup objects before collaborating people edit them.

You can also export one or more slides as an animated GIF. Finally, when you’re using Keynote to present, you can edit your speaker notes on the fly.

With iOS Numbers you can now zoom into a spreadsheet 400% of its normal size, which is double the previous amount. Apple added more control over how wide or tall you want rows and columns to be.

The new update for iOS Pages adds a button to make it easier between writing text and designing with graphics. Vertical text is a new feature, which lets you type in Traditional Chinese, Japanese, and Korean. Three vertical templates are available for this.

On iOS you can now see the Table of Contents for long documents, and create a Table like you would on macOS. It automatically gets updated with every additional heading.

[Johns Hopkins University Students Can use Apple Devices as ID]