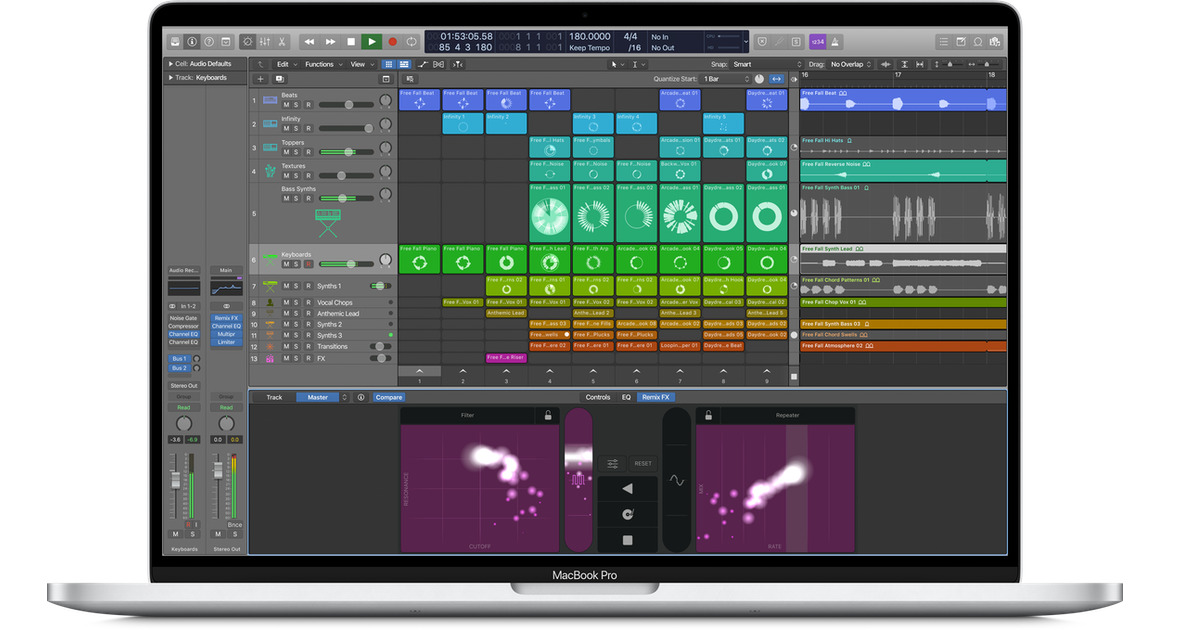 GarageBand’s Live Loops feature appears to be heading to Logic Pro X. A screenshot posted to reddit noticed the tool depicted in an image of the production software on the Apple Education website.

Obviously, we will have to wait and see if Live Loops does actually arrive as part of a future Logic Pro X update. The image, which appears to be on a 16-Inch MacBook Pro, is no longer on the website. It has been replaced by an image that does not show any currently unavailable features.

Live Loops arrive on GarageBand for iOS in January 2016. It is a grid-based tool, a bit like a classic drum machine or sequencer. Loops played on different instruments can be played and remixed in realtime and GarageBand keeps it all in sync. You can now test Logic Pro X for free for 90-days, instead of 30.