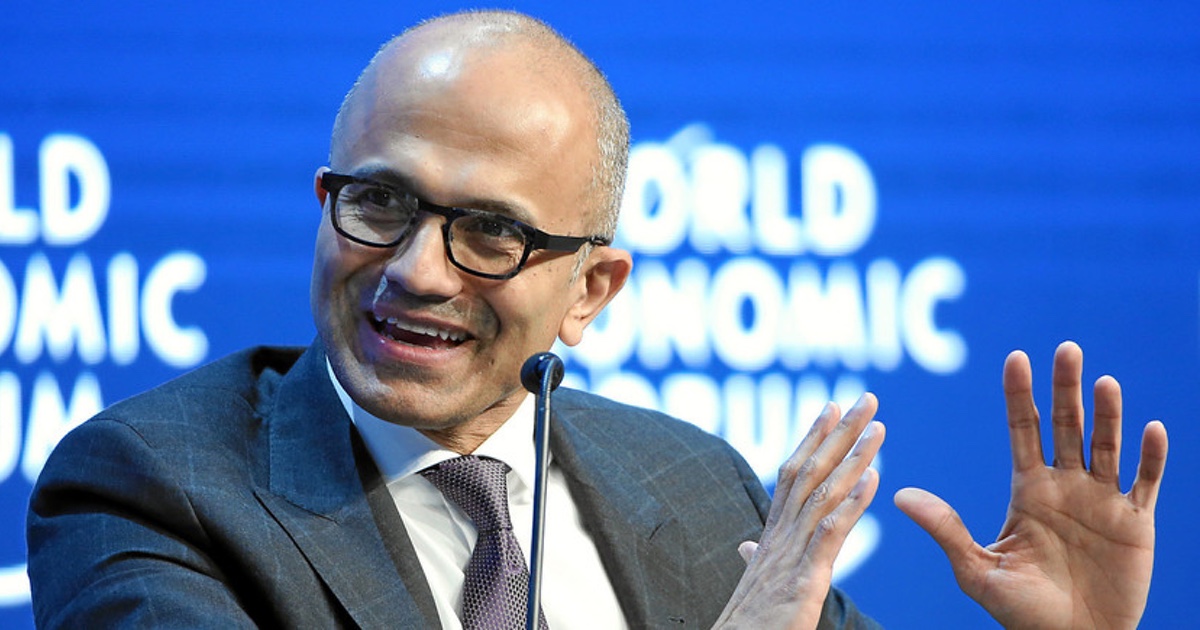 LONDON – Microsoft CEO Satya Nadella used the World Economic Forum in Davos, Switzerland, to describe what he thinks the future of data looks like. He said it needs to be “democratized,” “just like electricity.”

Data as a Human Right

In a conversation with WEF founder and Executive Chairman Klaus Schwab, Mr. Nadella said: “Just like electricity, which was democratized, available, and fuelled economic growth and productivity and growth in the previous industrial revolution, the same thing needs to happen with data.”

Nadella said that he thought “we have the right start,” to protecting data privacy. He said that “with [General Data Protection Regulation] GDPR, there is a complete new realization of how important it is for all of us to say we have to start with the core principle that the user is in control of their data.” Apple CEO Tim Cook said recently that he thought the U.S. should adopt similar legislation the EU’s GDPR.

Microsoft is a ‘Platform Company’

Nadella also gave an insight into where sees his company going. “Microsoft, it’s a platform company,” he explained. “I actually think of our job is not to create a dependence on Microsoft. If anything, we want to partner with companies in every country, in every region, so they can create independence for themselves in an era of digital technology,” he added.

One thought on “Microsoft CEO Said Data Should be ‘Like Electricity’”