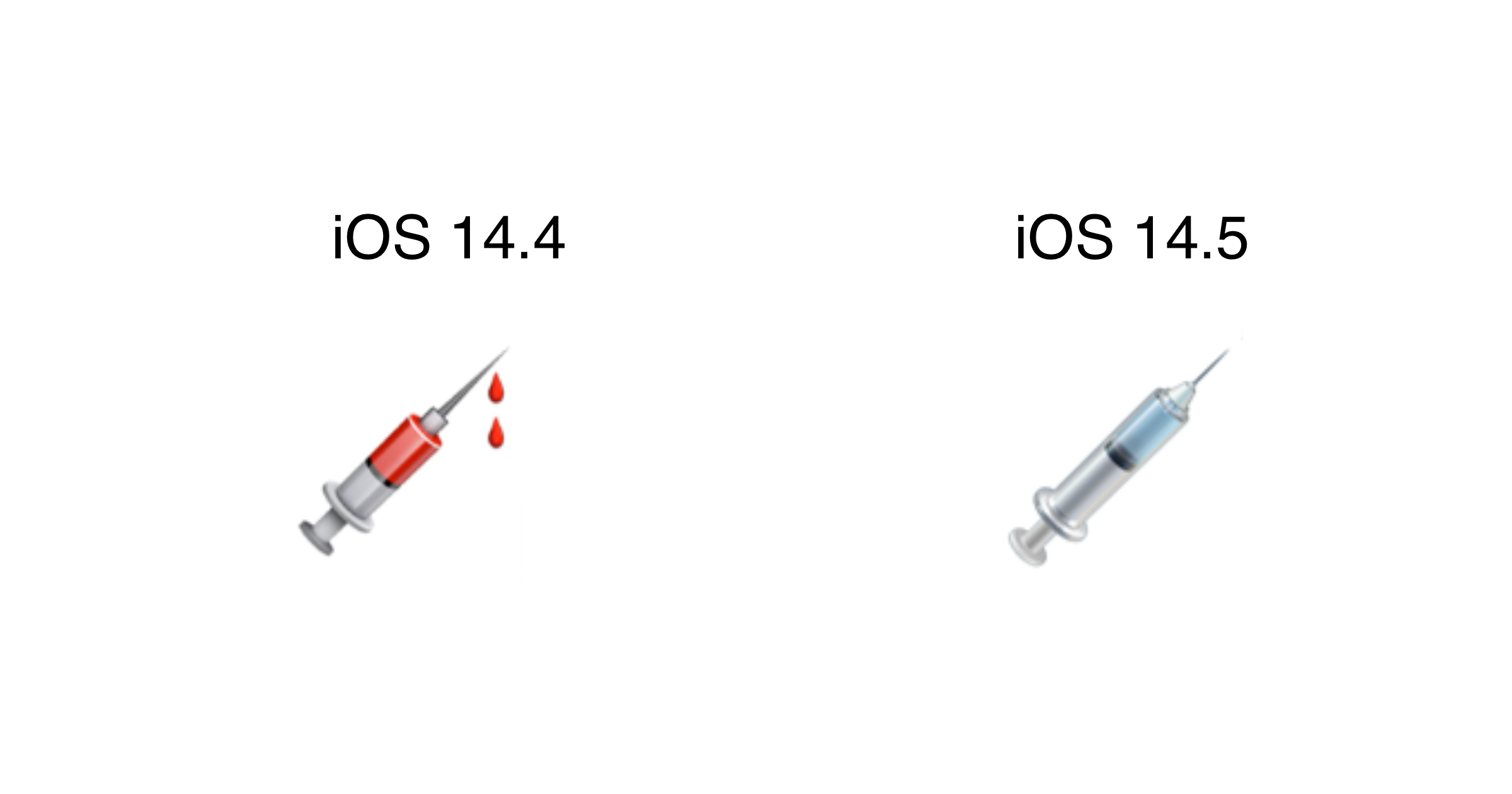 The second developer beta of iOS 14.5 is now out.  As is often the case with updates, there is are some new emojis (217, according to Emojipedia).

There are new faces, new hearts, and broader gender options, as well as those for couples with mixed skin tones. Perhaps the most notable though is the change to the syringe emoji, which now has nothing in it, meaning it can be better used to signify COVID-19 vaccines. Now it’s more versatile!

If you’re on the Apple Developer Program, the iOS 14.5 dev beta two is available in Software Updates.