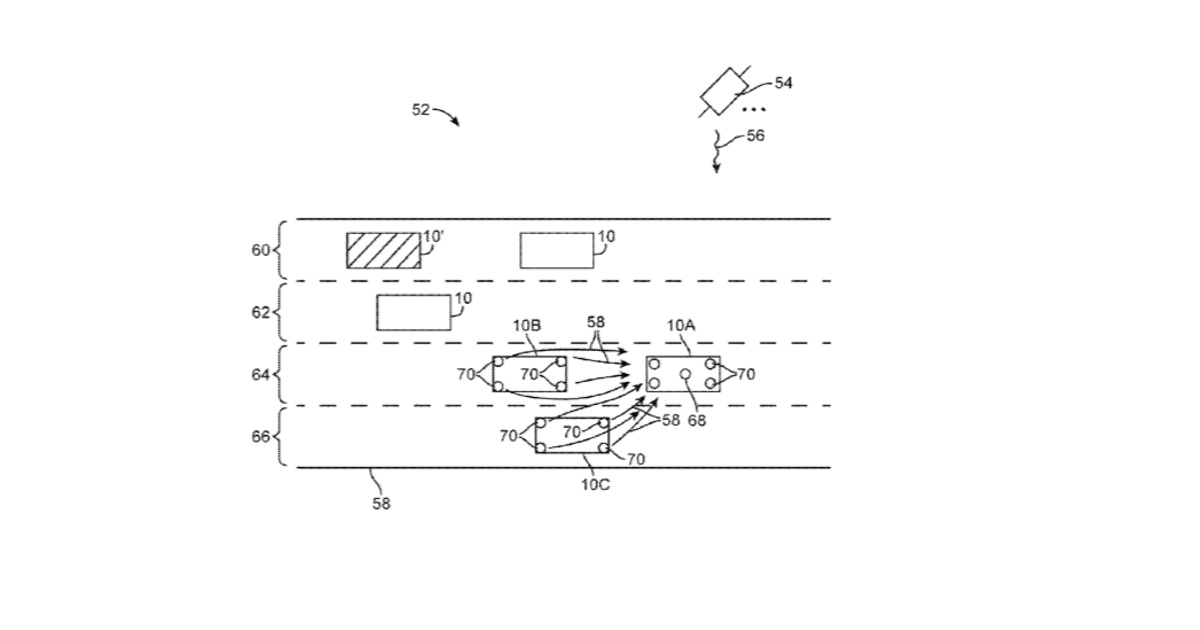 Apple is potentially working on an intra-car communication system to make its self-driving Project Titan vehicles safer. A new patent, published Tuesday, revealed the designed for a system containing multiple chips communicating with each other.

Multiple Transmitters in Each Corner of Vehicle

The patent said a Project Titan vehicle could have multiple transmitters in each of its four corners. The transmitters would send information, including speed, size of vehicle, and location of the transmitter relative to other, similarly equipped, vehicles. The information, based on the signal strength from the vehicles, could help them avoid each other (via Apple Insider).

Other information, such as “traffic in the vicinity of the driver”, could also be provided via the sensors. This could be used to direct the vehicle and its driver. The patent also said that “alerts may be presented to a driver of a vehicle and other suitable actions may be taken based on the locations of nearby vehicles.” A example of this could be moving out the way of emergency service vehicles.