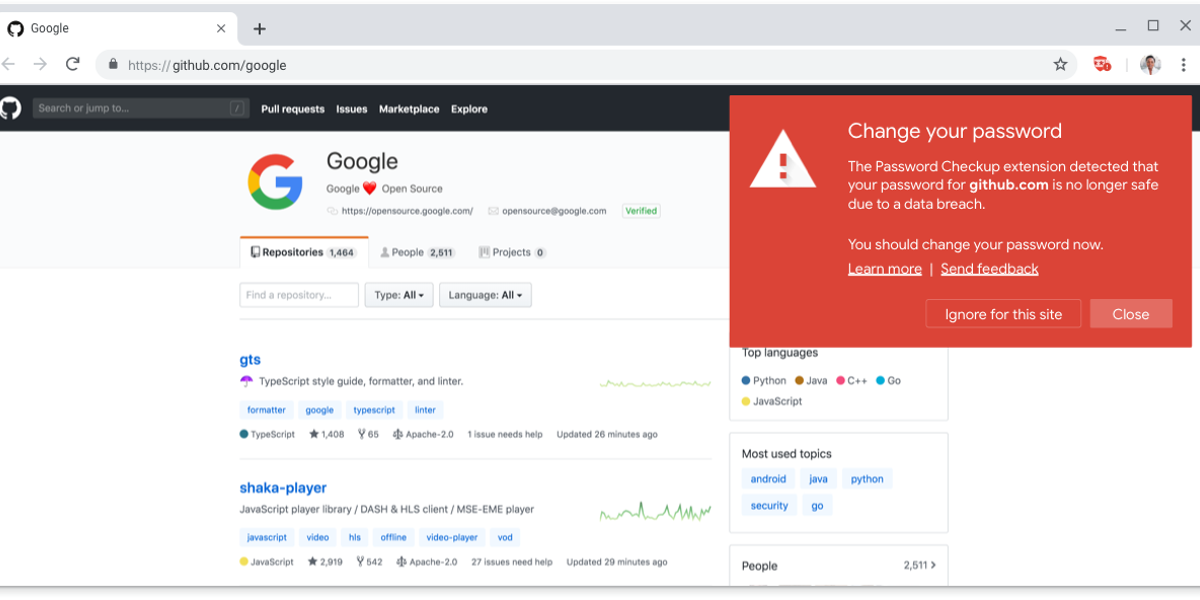 Google’s Password Checkup Chrome extension appears to have had some success. Researchers at the company said over a quarter of users reset passwords it found to be unsafe.

The tool launched in February 2019. In a blog, researchers said that 26 percent of the 650,000 who experimented with the extension changed unsafe passwords. Furthermore, 60 percent of those changed passwords were secure against guessing attacks. A hacker would need over hundred million guesses to identify a new password.

Google also announced two new features to the extension. It introduced a direct feedback mechanism that allows users to inform the company of any issues. They also added the ability for users to opt-out of the anonymous telemetry reported by the extension.