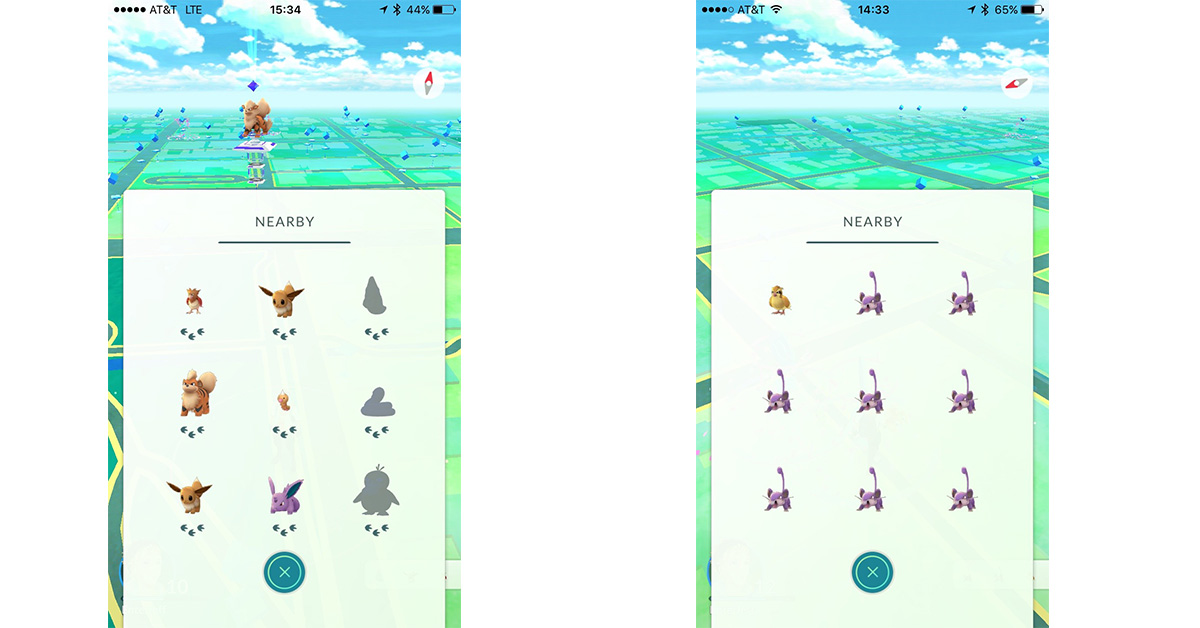 Niantic rolled out the Pokémon GO 1.1.0 update over the weekend with several changes. Trainer avatars, for example, can be edited, battle damage is calculated differently, and some artwork has been updated.

The most notable change for most people is the removal of footprints for nearby Pokémon. When the game launched, the feature showed which characters were nearby and let players narrow down their location based on how many footprints where shown; three meant the character was farther away, two meant it was fairly close, and one meant you were close enough to catch it. A few days later, Niantic released an update that broke the tracking feature and showed all characters with three footprints.

Without any way to try guessing how far away, or which direction, a character was, Pokémon GO quickly switched from fun to frustrating. Websites like PokeVision dealt with that frustration by tapping into the Pokémon servers to show where nearby Pokémon were hiding—until now. This new update breaks all tracking options, not just the three-step badge below nearby Pokémon.

We’ve reached out to Niantic to find out if this is a permanent change, or if a fix that reenables it is on the way. So far what we know for sure is that tracking is simply gone.

Regardless of what Niantic plans to do in the future, for now Pokémon GO hunting is has been replaced with wandering and luck.