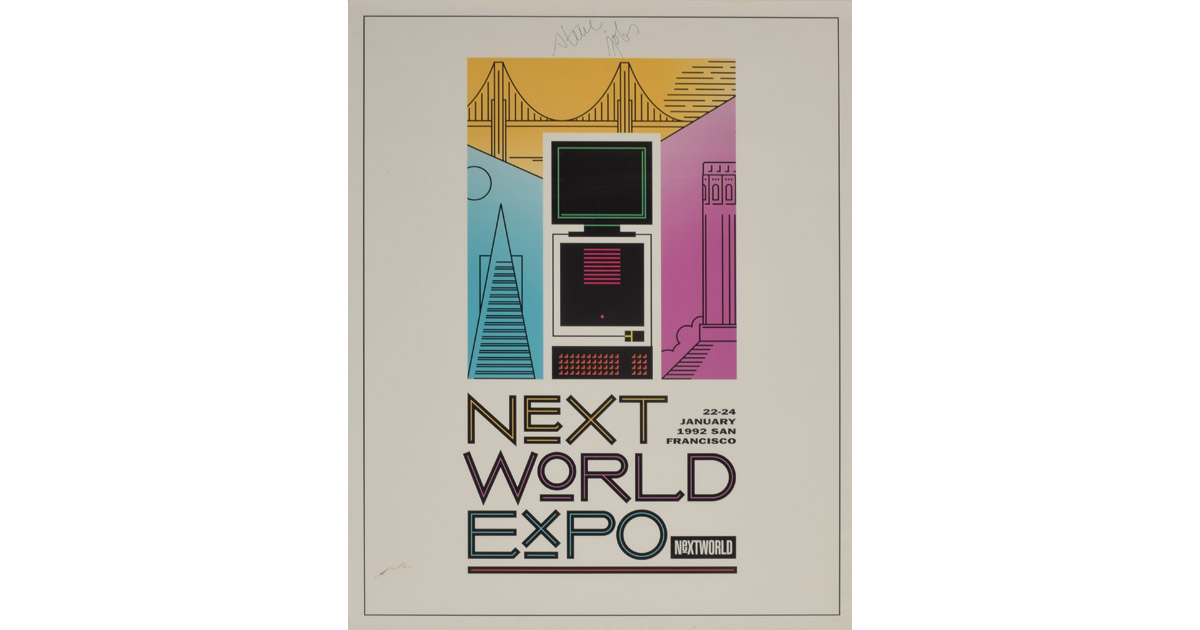 Below is the poster—Steve Jobs’s autograph is in the top border.

NeXTWORLD was the name of a NeXT-centric trade show, and this poster was made to promote the inaugural event held from January 22nd, 1992 to January 24th at San Francisco’s Civic Auditorium and Brooks Hall.

According to the auction house, “The consignor of this piece worked for Canon USA and was demonstrating the NeXT computers in a booth at the expo; Jobs signed this poster in person just before the show opened.”

Steve Jobs would most likely be appalled that his signature would be collectible, but such is the nature of a human being’s legacy. It’s in the hands of his or her survivors. And it turns out there are a lot of folks who admired this particular human being.

Only thing is he didn’t often autograph…anything. I can’t recall another non-contract with his signature on it coming up for auction. That’s one reason RR Auction is estimating this poster will top $20,000.