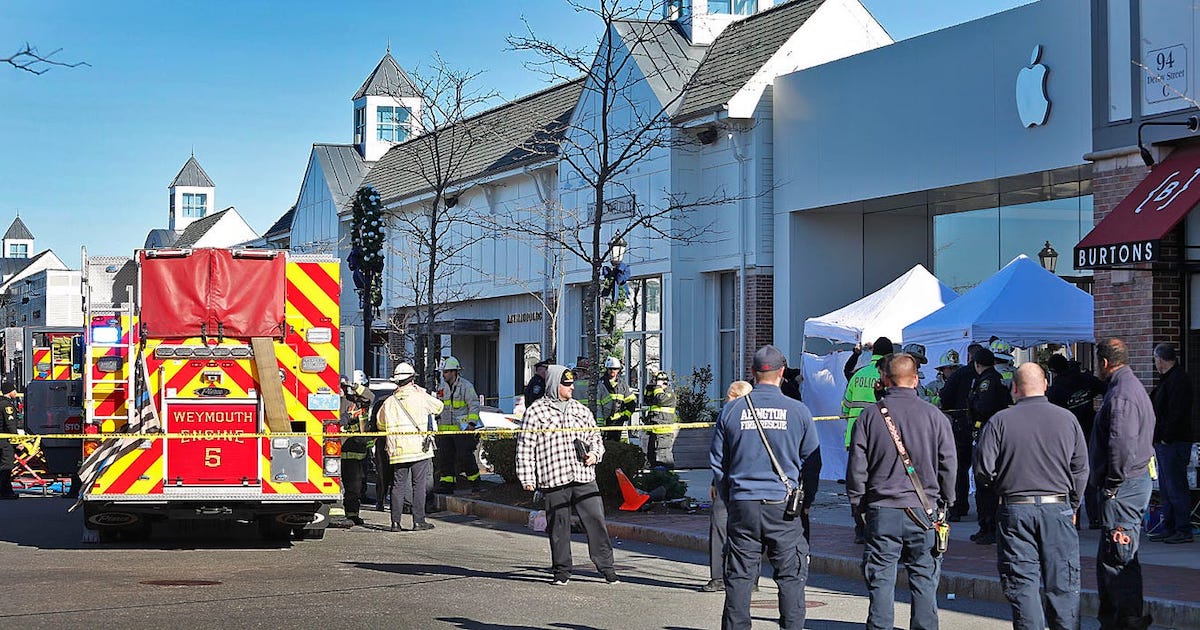 The man who drove his SUV through an Apple Store, killing one and injuring 20, has been criminally charged, authorities say. The crash in Hingham, Mass. was an accident, the driver says, caused by his foot becoming stuck on the accelerator pedal.

The crash ended the life of Kevin Bradley, 65, of New Jersey. Bradley was a construction worker helping with improvements to the store. At the time the black SUV accelerated into the Apple Store, Bradley was helping another worker remove a barrier from in front of the store.

Bradley was struck even before the SUV crashed through the glass storefront. After that, the vehicle continued into the interior of the Apple Store, which had opened roughly 45 minutes prior. Reports suggested the SUV traveled all the way to a rear storage area before stopping.

The driver of the black 2019 Toyota 4Runner has been identified as 53-year-old Bradley Rein, of Hingham, Mass. Rein told authorities his foot became stuck on the accelerator pedal, and he could not recover it. The driver said he tried braking with his left foot but wasn’t able to stop the vehicle.

The accident resulted in 20 injuries, some critical, in addition to the fatality. According to the police report, Rein told police he had no medical issues that would affect his ability to drive and he has been servicing his vehicle regularly. Rein has been charged with motor vehicle homicide by reckless operation and reckless operation of a motor vehicle.

The Hingham District Court arraigned Rein on the charges and is holding him on $100,000 bail. In the past, Rein was cited for driving under the influence after a crash in Roxbury, Vermont. That incident happened in December 2020, and those charges were later expunged. Officials say the man has an otherwise clean criminal history. A breath alcohol test performed on Rein after the accident registered a 0.00% blood alcohol level