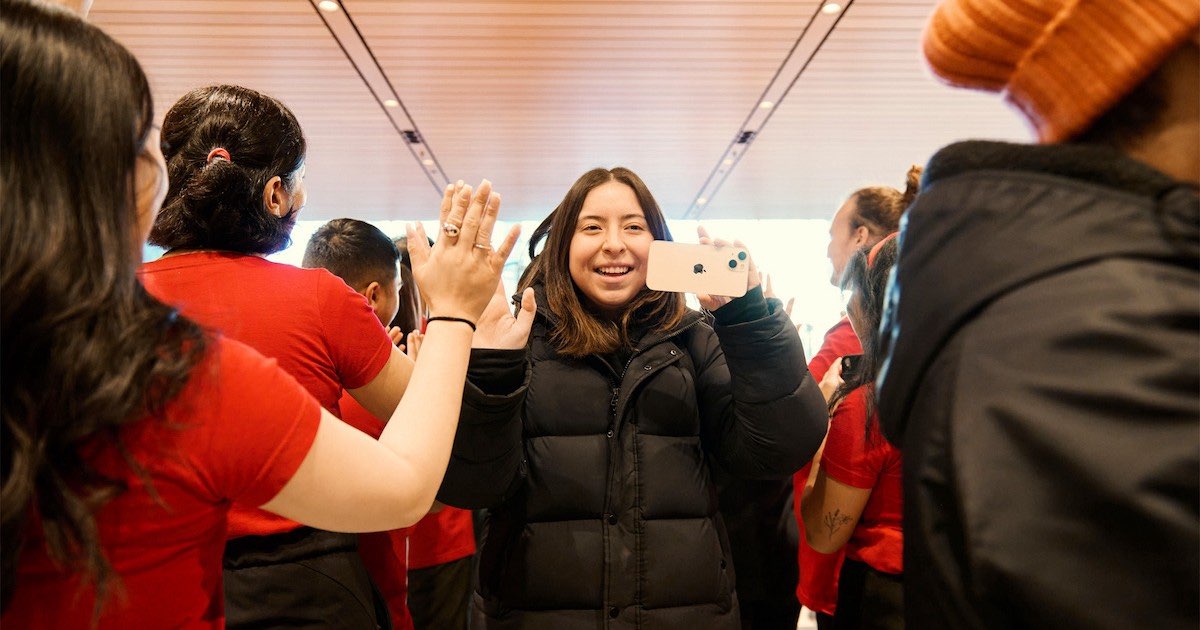 Apple has announced the new Apple Pacific Centre is now open in Vancouver.

The new store sports a complete reimagining, featuring “sustainable design enhancements” as well as a store that is double in size. To celebrate the opening, Apple held special “Today at Apple” sessions over the weekend.

Located at the corner of West Georgia and Howe streets in Vancouver, Canada, Apple has now opened the new two-story Apple Pacific Center for consumers. Seeing announcement Friday, the new store features twice the space as the original, while also including “additional features and elements”.

“We couldn’t be more excited to build on our longstanding history in Canada and welcome customers to the beautiful Apple Pacific Centre in Vancouver, a community filled with creativity and deep culture,” said Deirdre O’Brien, Apple’s senior vice president of Retail + People. “Facing the Vancouver Art Gallery and its bustling public plaza, the new Apple Pacific Centre was designed to be a hub for community, a place that brings people together with the expert care and support from our fantastic team.”

In addition to what shoppers may find in a typical Apple Store (hint: Apple products), the second story of the new location now also provides a communal space for customers and Apple fans to relax and enjoy the city. Notably, the new Apple Store features the largest grand staircase of any Apple Store, standing at 45-feet.

The team at the new Apple Pacific Centre is excited to welcome the Vancouver community! Explore this gorgeous new space with a weekend full of cultural programming featuring local artists, musicians, and more. 🇨🇦 pic.twitter.com/A8krKzJBp4

Additionally, the second floor also features a video wall that provides free Today at Apple sessions, which offer to teach audiences a variety of skills, such as coding, video editing and framing. Today at Apple sessions can also provide customers with information on the basics to their tech, such as how to use assistive technologies.

Powered entirely by renewable energy, the new Apple Pacific Centre also features a 40-foot “living wall” that is home to over 144 plant species that were locally sourced. The living wall is capable of staying fresh and healthy throughout the year, and also helps absorb traffic noise and heat. The living wall also helps promote insect and bee habitats.

Apple also touts that the new store features a 240-person team of “highly trained specialists”, which, in total, are able to speak 36 different languages. These specialists are able to help customers with monthly financing options, trade-in values, gift recommendations and more.

For those that are in Vancouver, the new Apple Pacific Centre sounds rather incredible. No doubt the perfect place to get some holiday shopping done before it’s too deep into the season.

Have you had the chance to visit the Apple Pacific Centre in Vancouver? Let us know in the comments.