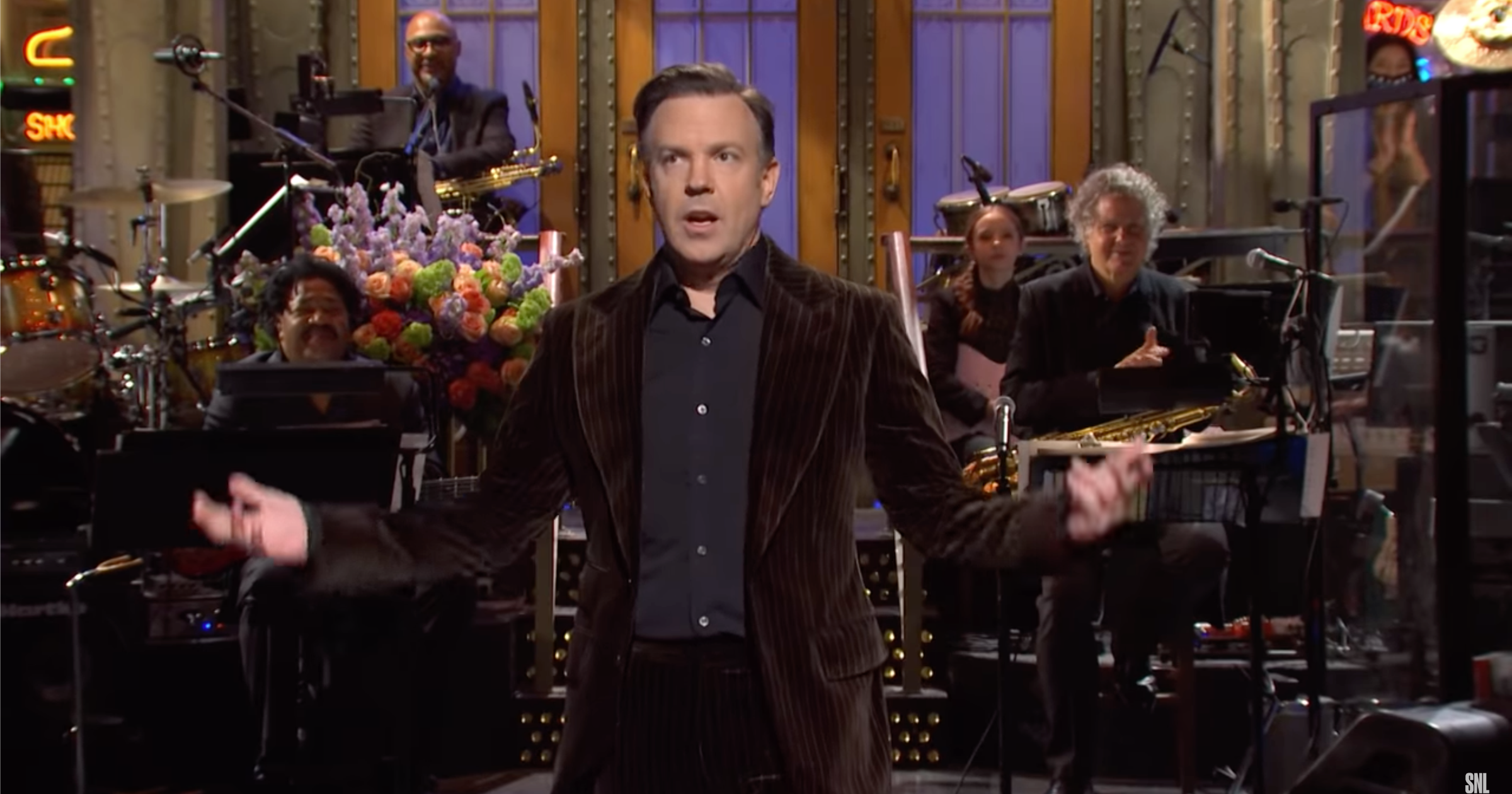 Jason Sudeikis, creator and star of Apple TV+ hit Ted Lasso, was the guest star on Saturday Night Live at the weekend. He returned to 30 Rock after eight years away, joking in his opening monologue it would be the “first…and last” time he hosted SNL, on which he appeared for a decade.

That opening monologue also featured a very early reference to Ted Lasso, to warm applause. Mr. Sudeikis also referenced his Emmy wins for the Apple TV+ show. Indeed, the whole segment, funny, uplifting, and moving, could have been delivered by his soccer coach alter ego.:


The host had already reprised his role as (Vice) President Joe Biden for the cold open. You can see many of the sketches via a YouTube playlist. The SNL episode is also available on Peacock.