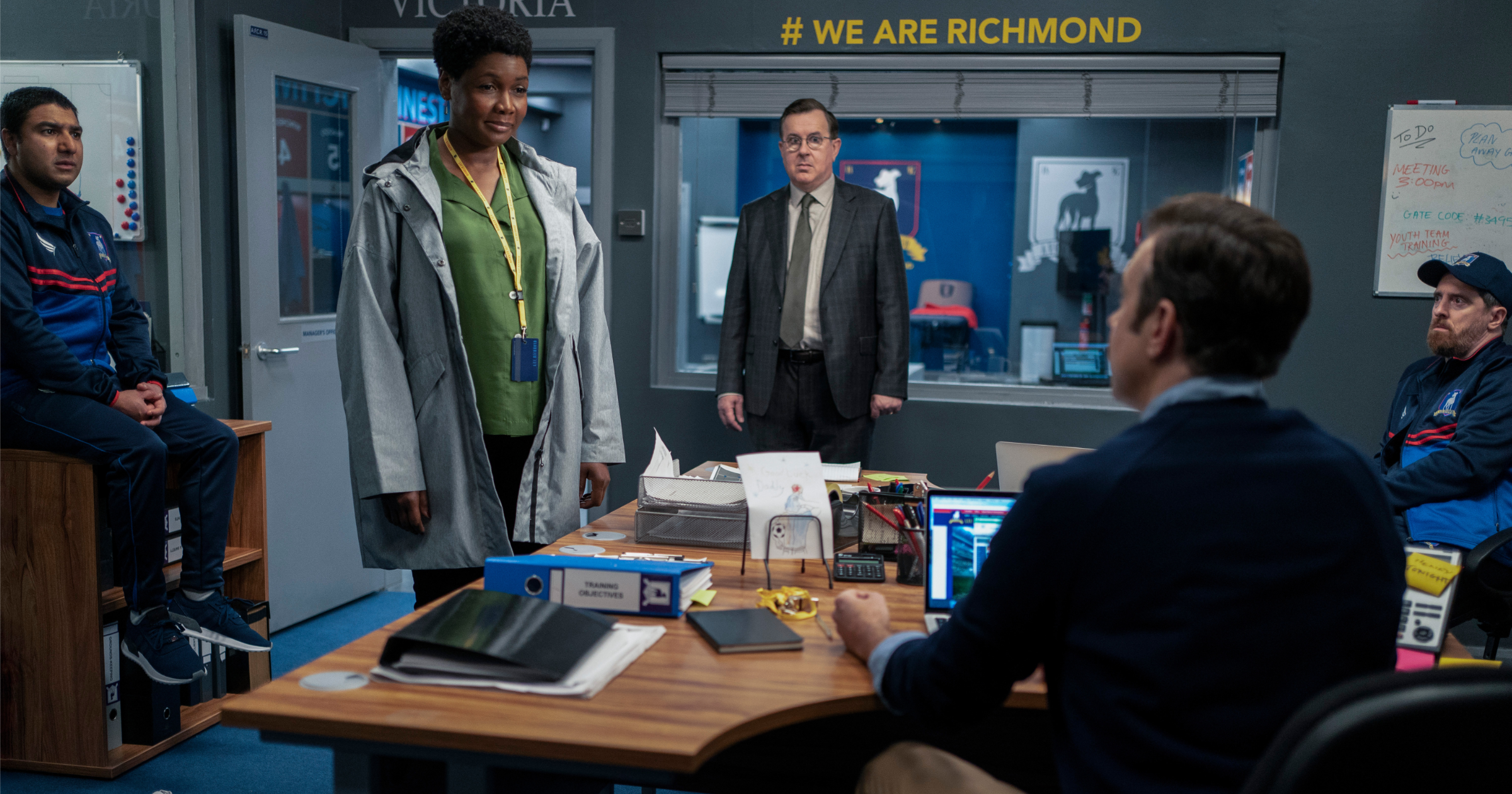 The season two premiere of Ted Lasso scored the biggest opening weekend audience of any show on Apple TV+ since the service launched. While, naturally, we have no specific numbers, the company told Variety that the show’s performance over July 23-25 was bigger than any other previous launch.

Apple also said that the breakout hit “increased its viewership by 6x over season one.” Just as important, it helped to “lift viewership and engagement” for that debut season, as well as for other Apple TV+ comedies such as Schmigadoon!, Physical, and Mythic Quest during that type period. Apple TV+ increased the number of new viewers by 50 percent week-over-week on the back of the premiere too, yet another record.

The show is up for 20 Emmy’s, with Apple TV+ as a whole receiving 35 nominations.