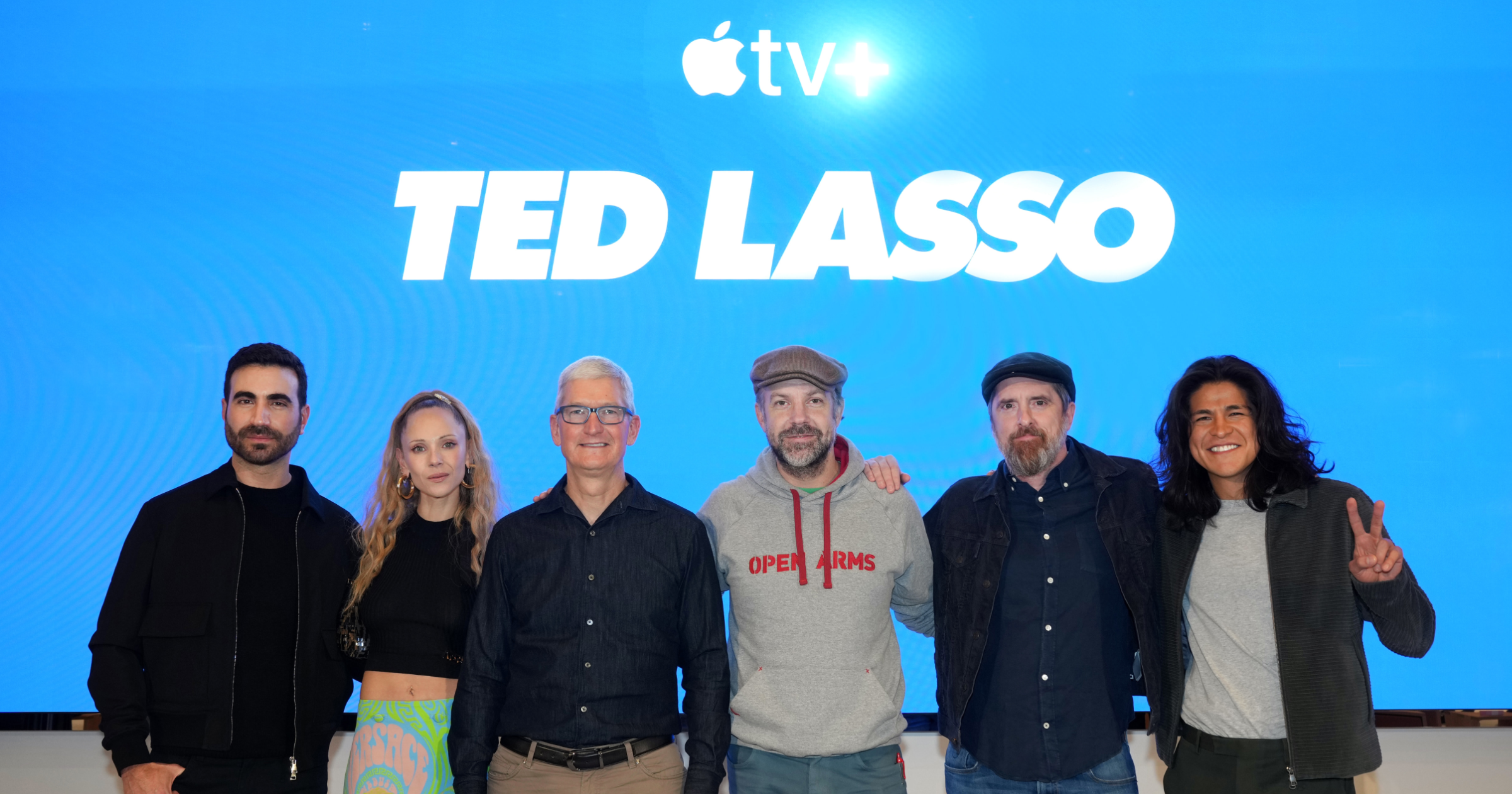 Some of the stars of Ted Lasso took part in a space Q&A event at Apple’s retail location at The Grove in Los Angeles. The event took place prior to the retail location reopening on Friday, November 19.

Ted Lasso Stars Attend Q and A at

Attending the event were Jason Sudeikis (Ted Lasso), executive producer Brendan Hunt (Coach Beard), Juno Temple (Keeley), Brett Goldstein (Roy Kent, writer), and Cristo Fernandez (Dani Rojas).  The conversation was moderated by Yvette Nicole Brown. As the picture above shows, Apple CEO Tim Cook was also in attendance. Ted Lasso, has been a breakout hit for Apple TV+, earning an array of high-profile awards. These include a Peabody Award, a SAG award for Mr. Sudeikis, three Critics Choice awards. There was also the small matter of a raft of Primetime Emmy wins. The show has, not surprisingly, been renewed for a third season.

The renovated, redesigned Apple Store at The Grove reopened on Friday, with Musician Valerie June performing (pictured below): 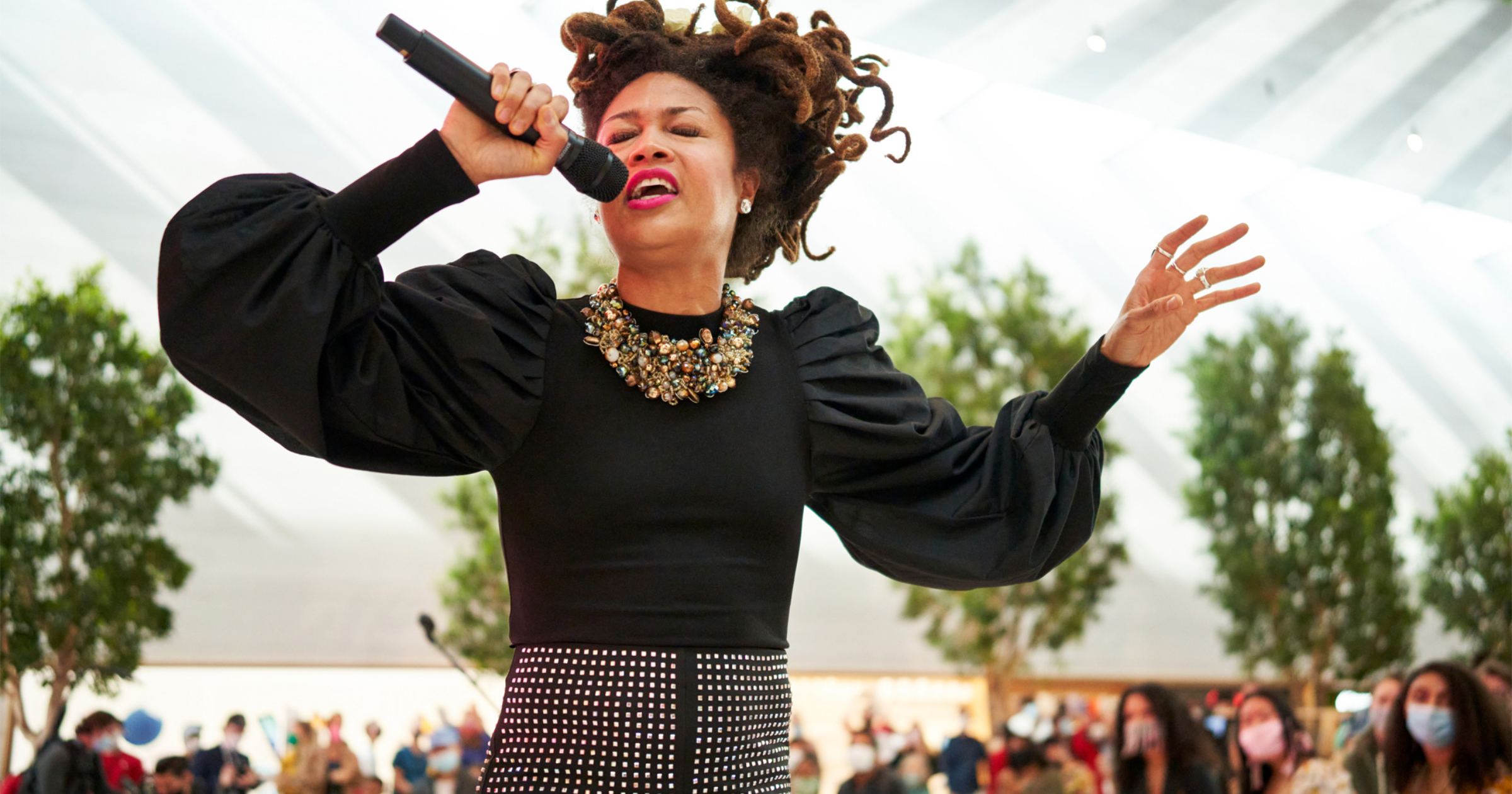 There has been an Apple Store at The Grove since 2002, and the company said the retail outlet has received 27 million visitors since then. The brand-new retail outlet is twice the size of the original and has an area dedicated entirely to Apple Pickup. 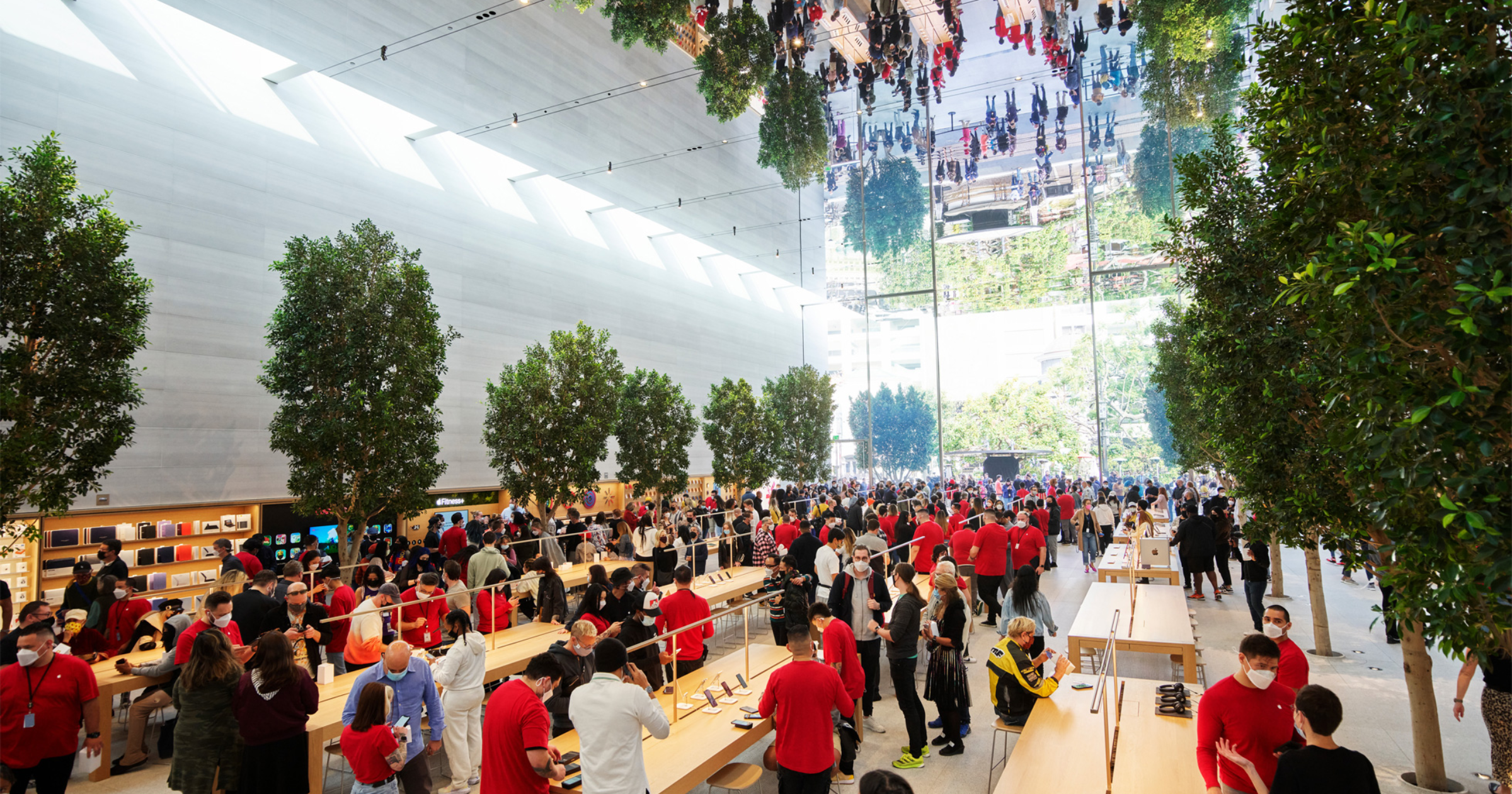 Amongst the Today at Apple sessions on offer at The Grove is a festive walk.  Participants will be taught about the iPhone 13 Pro’s features, including using the Ultra Wide camera to take macro photos, recording video with Cinematic mode, and shooting with new Photographic Styles.

[Updated 22 November to include photos and reflect reopening.]