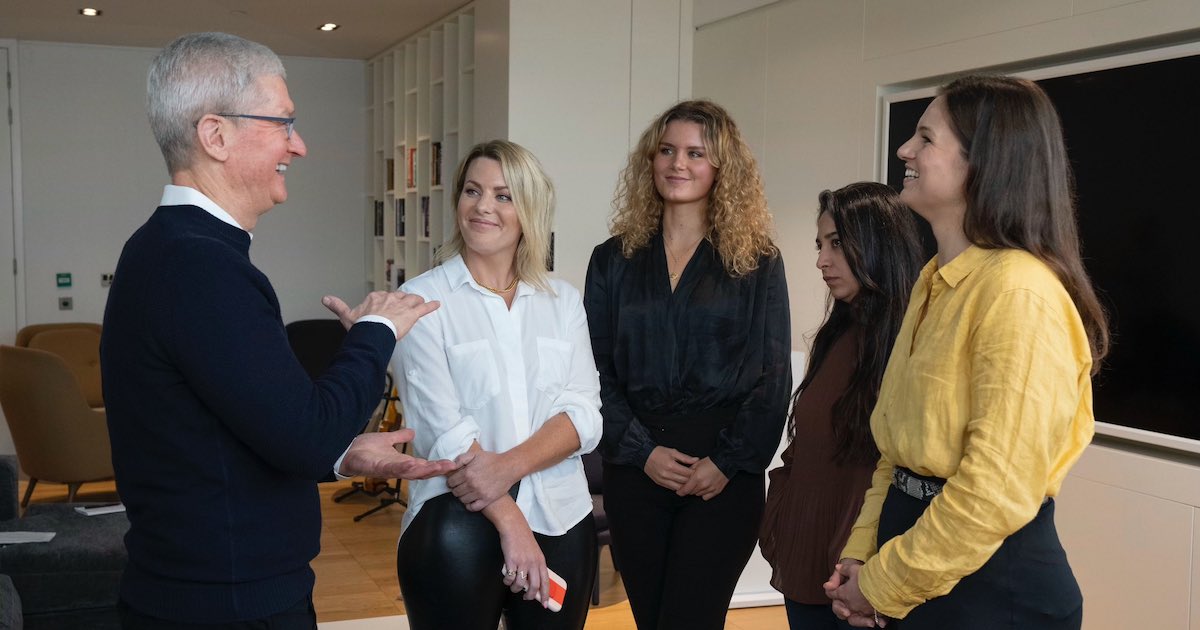 In an interview Monday, Apple CEO Tim Cook laid out his thoughts on a number of issues. During the chat in the U.K., Cook bemoaned a lack of women in tech, addressed wired EarPod sales and spoke about Apple’s investment in augmented reality, or AR.

In an interview with BBC, Cook discussed the class of all-female founders he met with at Apple’s first Foundations program in the U.K. Cook had already shared on Twitter that the developers in the program were “on their way to making and achieving extraordinary things.”

However, Cook pointed out in the interview his concerns about a lack of more women in tech. He said technology “will not achieve nearly what it could achieve” without a diverse workforce. The corporate leader went on to say there’s “no good excuse” for the lack of women in tech.

I think the essence of technology and its effect on humanity depends upon women being at the table. Technology’s a great thing that will accomplish many things, but unless you have diverse views at the table that are working on it, you don’t wind up with great solutions.

Cook dismissed the common excuse of there not being enough women taking computer science coursework as a cop-out. He believes the industry needs to “fundamentally change the number of people” studying the field.

Talking About Wired EarPods and AR

During the interview with BBC, Cook seemed to become fascinated with the reporter’s audio recorder. After the interview, Cook examined it closely, turning it over in his hands a few times.

The reporter confessed to Cook that he’d been forced to ask CEO’s colleagues if he could borrow some wired headphones to plug into it. The journalist cites the fact that Apple ditched the headphone port from the iPhone in 2016 in favor of its wireless AirPods.

Finishing out the chat, Cook dropped more indications that Apple is, in fact, still working heavily on at least some sort of AR project. He didn’t confirm suspicions and rumors of an upcoming mixed reality headset, but did speak to how seriously the Cupertino-based company takes AR.

Calling the concept of AR and the metaverse “profound,” he said, “In the future people will wonder how we lived without AR. We’re investing a ton in that space.”