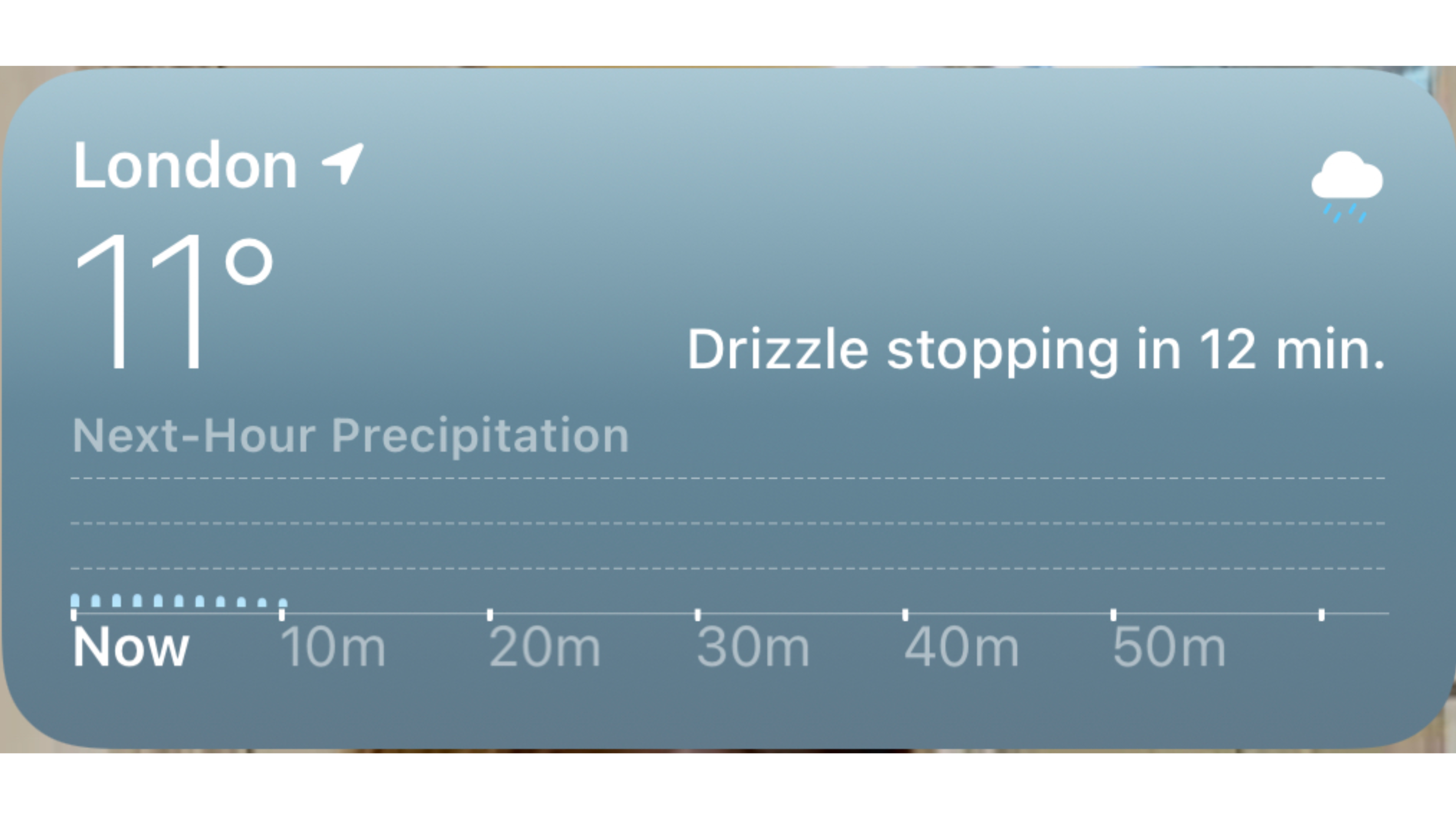 LONDON – Next-hour precipitation information has arrived in the iPhone weather app for users in the UK, Ireland, and some other places in Europe. I noticed the addition here in London. (My phone is running iOS 14.4.) Meanwhile, Irish MacRumors readers reported seeing the addition, as did Dutch site iCulture. Details of snowfall in the next hour is also available.

The next-hour precipitation feature tells users the chance of drizzle or rain in the coming hour, and how long it will last. It also gives very granular location information – the name of my building appeared at the bottom when I was at home.

The update to the iPhone Weather app also provides information on snowfall for the next hour too. (This came up on my phone because London and other parts of the UK are seeing varying degrees of snowfall at the time of this writing.)

The Weather widget that users can put on their iPhone homescreen also shows this and gives details of ‘flurries’ in the same way it shows ‘next-hour precipitation’.