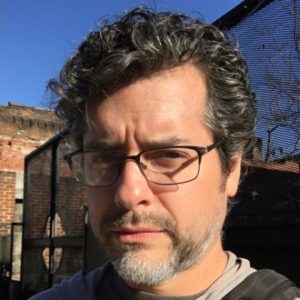 Victor Agreda is a freelance voice actor, WUOT (Knoxville) Radio Morning Edition Host, and former Editor-in-Chief of The Unofficial Apple Weblog, affectionately known as “TUAW.” Early on, as a student at the University of Tennessee, he had an equal interest in English and electrical & computer engineering. By and by, he discovered that writing and journalism were what he was really good at. And yet, thanks to his engineering background, his first job out of college was as a Webmaster. We chatted about how he’s done stand-up comedy, founded Superpixels Studios, does voiced acting, does puppeteering, became the E-i-C of TUAW, worked with Angry Dad Gamer on YouTube, and finally, how he landed the job as a NPR Morning Edition host. Victor is a fascinating, delightful fellow to listen to.