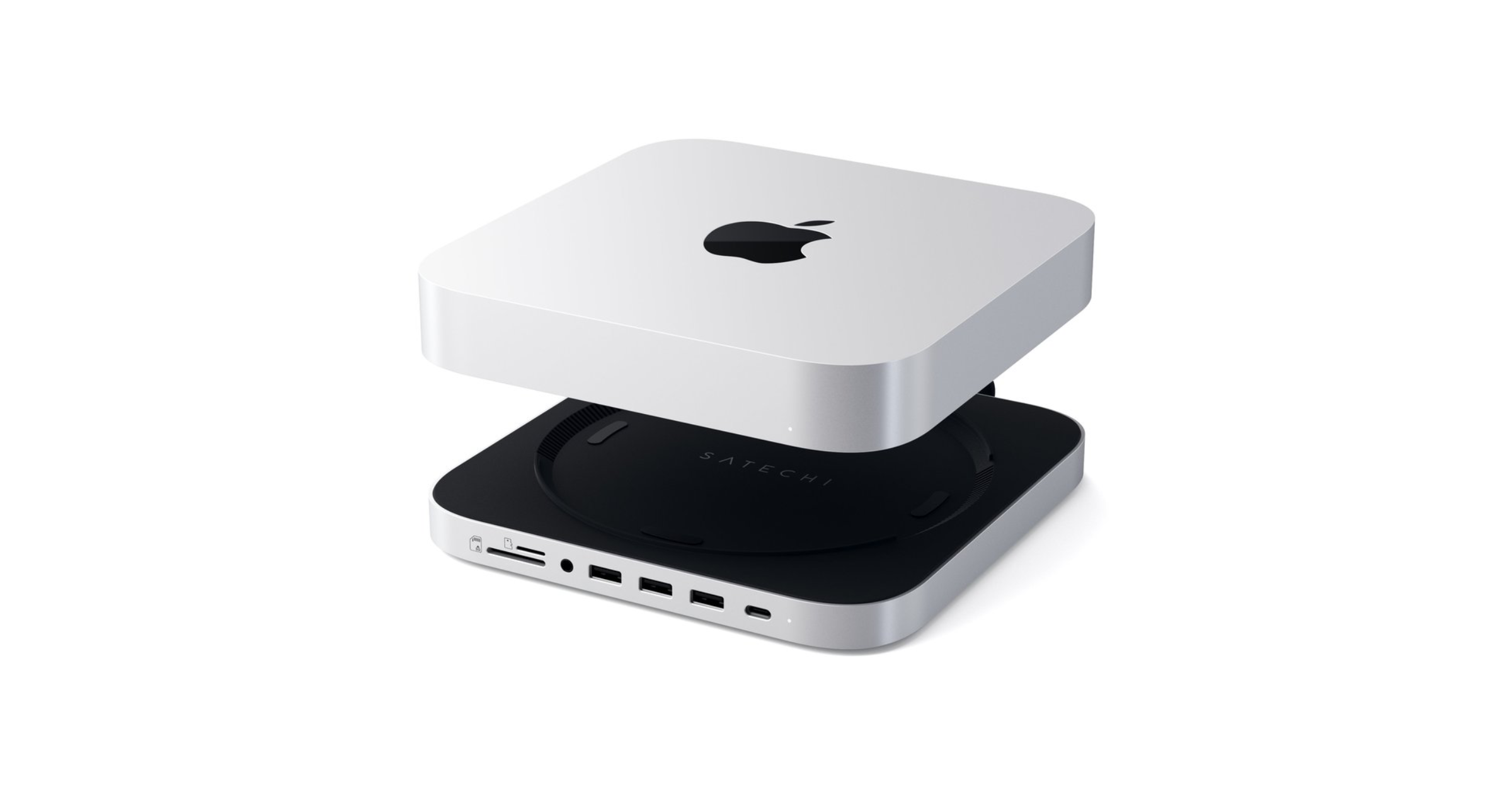 Satechi recently released a new stand and hub for the Mac mini with an SSD enclosure. Having used, and reviewed, a previous iteration of this accessory, I was keen to get my hands on the latest model, and it didn’t disappoint.

I described the previous Mac mini stand as a “perfect…accessory” for the computer, and, to cut a long story short, that remains true. Unlike the computer itself, it has ports at the front, making them easily accessible, and everything fits together nicely. It adds a USB-C data port, three USB-A data ports, micro/SD card readers, and a 3.5mm headphone jack port to your setup.

Interestingly, Satechi says that the stand only works with a 2020 M1 Mac mini, and does not support 2018 or earlier models. However, I was testing it on a 2018 Mac mini and it has so far worked well. The hub does though do little to offset the heat the Mac mini generates, and probably traps it, although that is likely far less of an issue with the M1 version of the computer.

The color has had an upgrade too to match the silver M1 Mac mini and this latest version does not come in Space Grey.

The biggest difference between this Satechi Mac mini stand and its predecessor is the fact the new model includes the ability to add an SSD. This is a relatively easy thing to do, although I encountered some formatting problems that are unrelated to the hub itself. The great thing is that this provides an easy way to add additional memory for those that want some extra storage, but maybe don’t want to pay Apple prices for it. (Getting a 1TB Mac mini from Apple directly costs an additional US$400, while 2TB is US$800 on top of the cost of the entry-level 8GB model.)

Costing US$99, this Satechi Stand and Hub really is a compelling way to upgrade and take advantage of the flexibility offered by the Mac mini.

Easy and cost-effective way to add memory to your Mac mini that provides additional, and easily accessible, ports.

Only con is that this is aimed at M1 Mac mini and does not come in Space Grey.