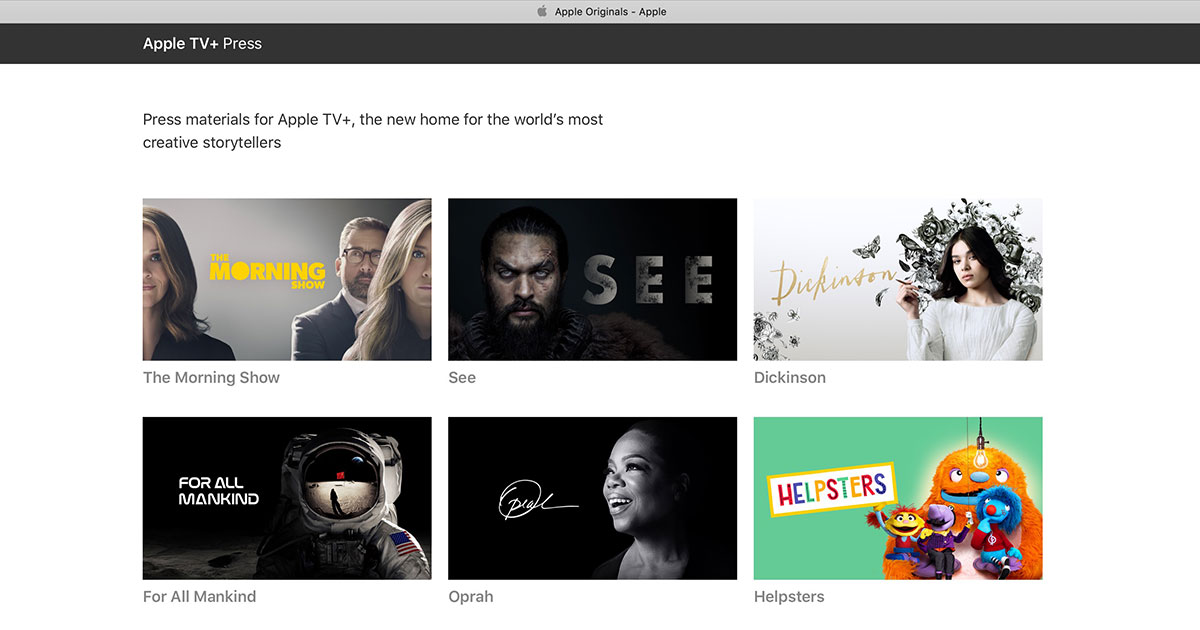 Apple has launched a dedicated press site just for Apple TV+ content. The move comes in advance of the November 1st launch for Apple TV+, a $4.99 per month subscription service for Apple-produced original content. More importantly, it represents the reality that press needs for entertainment are different from the press needs of a technology giant.

Though to be fair, the lines between technology giant and media company are increasingly blurred. Regardless, Apple has carved out a separate space for the entertainment press (and anyone else) to get just information on Apple’s original programming—Apple Originals—without having to wade through all that mucky muck about Macs, iPhones, kids learning to code…you know, the techy stuff.

While we know of many more shows Apple has bought and has in production, there are currently 15 shows listed on the Apple TV+ Press site. The company is expected to release eight of them when Apple TV+ launches November 1st.

If you click through to each of the shows, you’ll find details about show, including air date, stars, genre, cast and crew, the studio that produced the show, trailers and other videos, stills from the show, and media contacts for that show.

I’ve been talking and writing about how Apple is becoming a much different company growing into ever more markets. This, even though Apple’s product line is still infinitesimally small for a company 300 times smaller, let alone one of the world’s most valuable companies. Carving out a press site aimed at the entertainment press is one of the clearest demonstrations of this yet.