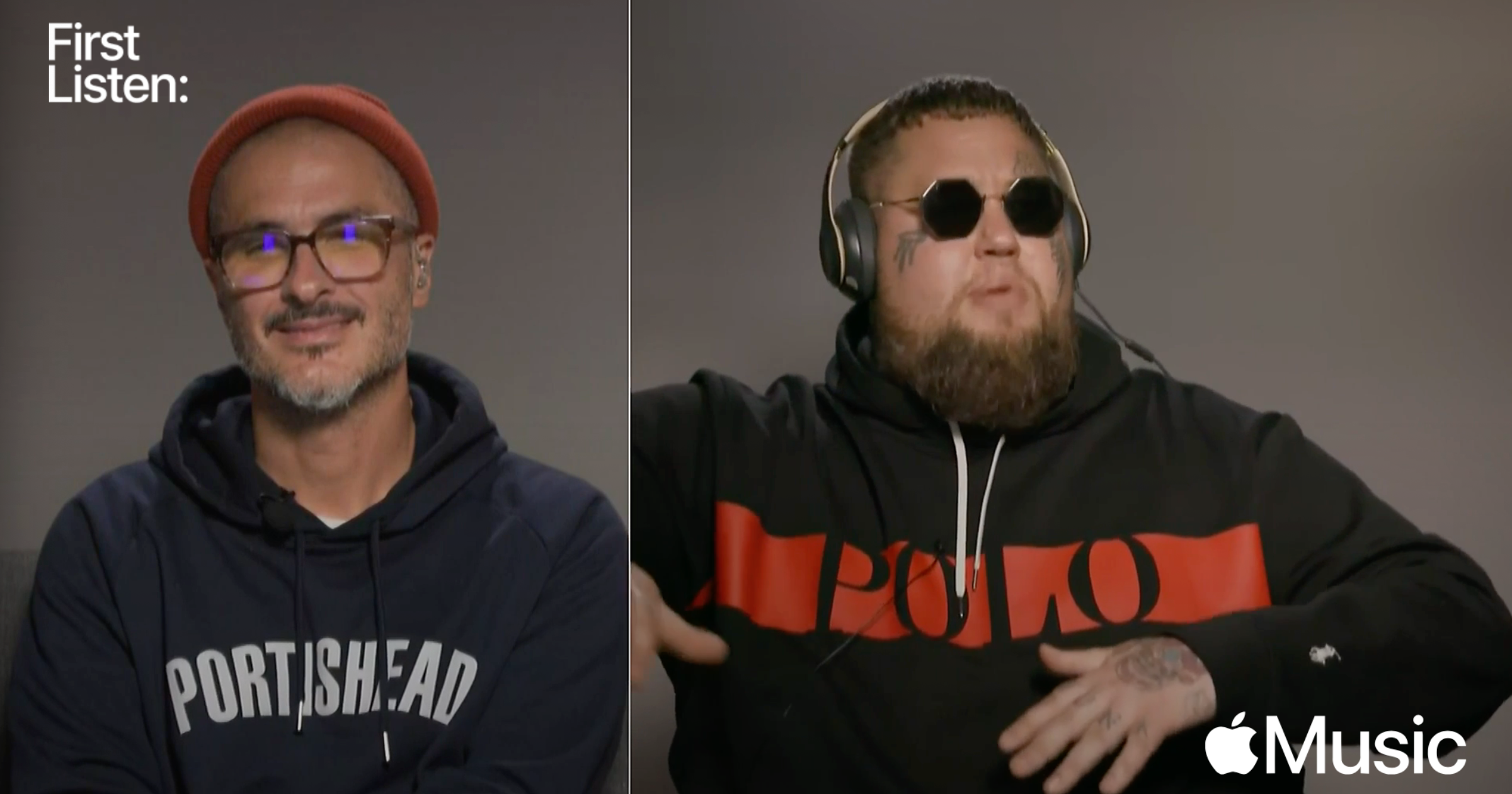 Apple Music offers free ‘First Listen’ events during which host Zane Lowe (left in picture above) discusses a soon-to-be-released album with its creator(s). I signed up for one with Rag’n’Bone Man (right in picture above) that aired Thursday. The whole setup provided a surprisingly enjoyable and intimate insight into the artists and his latest work.

I say ‘surprisingly’ because I don’t generally like online events. I think they miss the ‘x-factor’ and spontaneity that in-person events have. But given this was essentially an interview like you see on TV or radio and I was interested in the music I thought I’d give it a go. What I found went beyond a standard broadcast interview. There was a chat room (which I assumed was heavily moderated,) in which fans could discuss the new music and interview they were hearing. It felt like a real community. Extra facts, quiz questions, and polls appeared on screen, as did some fans who had agreed that they would be on camera. A couple got the chance to asked Rag’n’Bone Man questions. All these features helped break down barriers between fan and artists, making it more than a simple interview.

Guests popped in too. The production values was very high, as you’d expect from Apple, but this didn’t deter from the live sense. It was actually fun!

These ‘First Listen’ events are advertised within Apple Music. I as impressed, and would definitely attend one again. (I might even share some ahead of time with The Mac Observer readers…)